A fierce competitor in the world of mixed martial arts, gifted with deadly Shifted abilities, Jean could have easily joined the gang of his choosing. However, while the young man is addicted to combat, he has little interest in non consensual violence, and doesn't fancy himself a criminal. Jean is devoted entirely to becoming the greatest fighter in all of Edge City.

Jean gets his fight name from his power, short, retractable, blades on his fists. He also generates a destructive thermodynamic energy which adds explosive speed and power to his strikes. 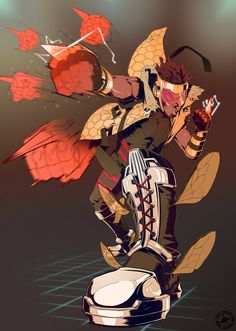