Sabine Sol, aka Hell on Wheels. This Edge City superstar has capitalized on her fame, live streaming her activism. Her content has a special edge, a euphoria that lets her viewers feel the highs and lows of her adventures. Sparks fly as she skates the streets (and walls) of the Canyons.

Sabine is fast, her body built for speed. A former champion speed skater, Sol has powerfel legs and amazing agility.

Sabine is classically beautiful, with sparkling green eyes and smooth pale skin. She has long wavey blond hair that she usually lets flow freely, and sometimes in a pony tail.

Sol is electrodynamic, meaning she naturally generates an electric field. Her skates encorporate rare earth magnets which enable her to generate magnetic fields, skating up metal walls and along railing. The magnets also allow to generate more power to fuel her sprees, as long as she can keep moving.

High tech body armor, pink and white. The armor is not only able to take small arms fire, but can reactively generate targetted small magnetic fields to pull bullets and blades to her most heavily armored regions.

Sabine Sol is an engima, no person of that name officially exists. Further more, any digital records that are made about her seem to disappear in short order. Some things are apparent though, she is charismatic and well educated, obviously having benefited from schooling that isn't available in the Lowlands.

Sabine lives off the revenue from her live streams, which is nothing to scoff at. It is dependant on her audience staying happy though.

Haunted by the accidental death of her mother at a young age. She doesn't think it was an accident, and she blames her father for drawing his family into danger.

Sabine seeks to subvert the dominate paradigm, keeping both the gangs and the corporations on notice. She obsenstably is out to represent the common man, though most of the time it seems like she just in search of fame.

Hates anything that takes the attention off her. Likes people who like her.

Sabine is repped by Tragic Alice.

Obviously a contentious subject, Sol refuses to discuss her family.

Sabine tries to conceal her well manned upbringing with a constant stream of trash talking and cursing. It works most of the time. 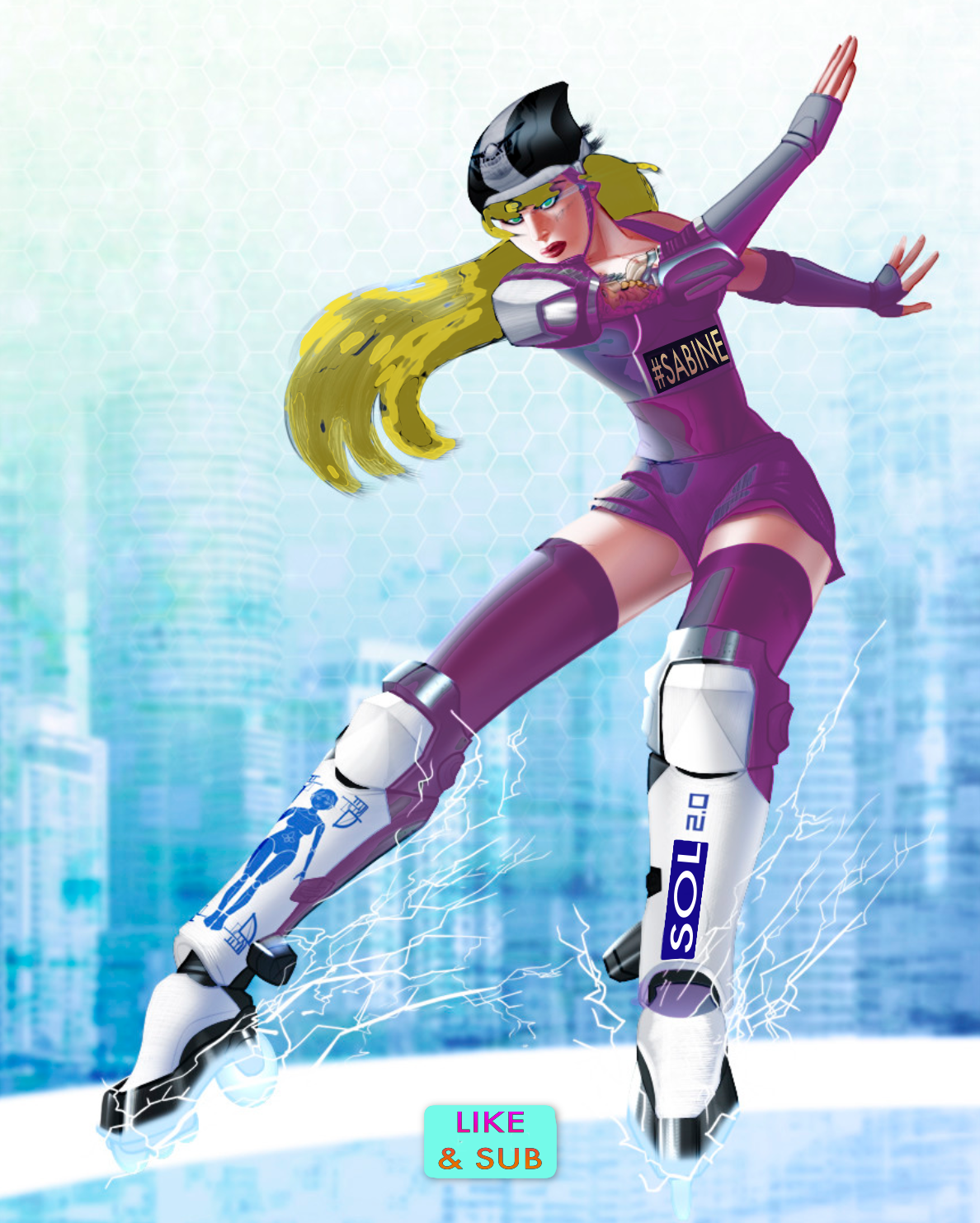