The Kazoku, the Yamato word for family, is an organization of transnational criminal gangs and families, all united under one crime syndicate. These crime families originated in the lost nation of Yamato, conquered and culturally erased by Nanyang. Ignoring surviving traditions and cultural values, the Kazoku is the last surviving Yamato organization, at least to general public knowledge. Members of the Kazoku are known as "Shinzoku", meaning "relative" in Common.

The Kazoku, meaning the entire crime syndicate as a whole, is made up of three main families. There are several smaller and less powerful families within the syndicate, but these three are the most powerful and influential.   The first and oldest main family is the Nobuyoki Family. This was the first crime family in Nanyang to refer to themselves as "the Kazoku," and are of the founding families of the larger crime syndicate. They are led by Nobuyoki Kugo (Kugo Nobuyoki in Common). This family is known for their strong and powerful warriors.   The second oldest family is the Shiko Family, led by Shiko Akira (Akira Shiko in Common). Another founding family of the Kazoku, the Shiko Family are known for their stealth and assassins, typically unaccompanied by magic.   The third family, as well as the newest, is the Denbe family. The primary magic users of the Kazoku, they are led by Denbe Kazuo (Kazuo Denbe in Common). Unlike the other families, they were not founding members of the syndicate; they came to power after the massacre of the third founding family.   These three families are treated with equal authority, and their leaders delegate as a team to solve conflicts regarding the whole family. Although it's typical for each family to operate on their own, it is not uncommon at all for two or more families to join forces in pursuit of some larger criminal endeavor.

Kazoku families are led by an oyabun (family boss) who has authority over his subordinates, all referred to as the kobun. Directly under the oyabun are the saiko kamon (senior advisors), effectively the right-hand man to the oyabun.   The next class of authority are the waka gashira (first lieutenants), who oversee a larger region and govern several gangs. The first lieutenants are aided by the fuku-honbucho, as an advisor and assistant. The first lieutenants mirror the role of the Yamato daimyo.   Directly under the first lieutenants are the shatei gashira (second lieutenants), who oversee those specific gangs under the first lieutenants. The second lieutenants are leaders of one gang in a particular region. Shatei gashira are revered by many of the most elite and respected warriors within the Kazoku, comparable to that of a Yamato samurai. In combat, the shatei gashira are the most dangerous members of the Kazoku.   Within these specific gangs, there are ranks as well. One of which is the kyodai (big brothers), who are high in rank within these gangs. There are also the shatei (little brothers), who are ordered and governed by the big brothers (although anyone who outranks the big brothers has the final word).   Within the Vallandian lexicon, it is more common for these positions to be referred to as either their common word or the historical Yamato military equivalent. For example, the oyabun may be referred to as the "boss," or occasionally the "shogun". The waka gashira are usually called the daimyo, also sometimes called the captains. The shatei gashira are sometimes referred to as the samurai, especially when they're of the Nobuyoki family. They could also be called officers more broadly. Both the kyodai and shatei are known simply as soldiers, while the terms big brother and little brother will be used to distinguish rank.

Within the Kazoku, all members refer to each other as family members, with fathers, older and younger brothers, etc. Members of the Kazoku, upon initiation into the gang, cut all ties with their own family, transferring their familial loyalty to the gang. The Kazoku is predominantly men, although women are not unknown to thrive in their ranks (one of which being Akira Shiko, the oyabun of the Shiko Family).   The Kazoku are also known to have many brutal cultural practices, ingrained in the gang culture. One of which is known as yubitsume in Yamato, in which a portion of one's pinky finger is cut off as penance or an apology. This practice originates from a brutal practice in the former nation of Yamato, in which cutting a portion of one's pinky finger would loosen one's grip on their sword. This would, in turn, make them less effective in combat and therefore reliant on their allies, decreasing their individual action. With the rising power of the Denbe Family, it has become very common for members to magically conceal these mutilations so as to avoid detection from the police.   Another painful practice common within the Kazoku is known as irezumi, in which tattoos across the entire body are manually hand-poked with a mundane, hand-made needle. This practice is extremely painful, and could take years to cover the whole body.

In the weeks before the final conquest of Yamato in 490 AP, the Kazoku began to take form as way of cultural preservation. Since practicing Yamato culture was now illegal in the newly-conquered portion of Nanyang, the family naturally moved on to crime. Their actions included drug trafficking, arms smuggling, theft, and other crimes. At this point in the Kazoku's history, they consisted only of the Nobuyoki Family.   In 502 AP, the Nobuyoki Family allied with another crime family of Nanyang's criminal underworld, known as the Shiko Family. As they expanded their criminal empire working together, the Kazoku moved on from standard gang activity to more advanced activities of extortion, protection racketeering, money laundering, using legitimate organizations as fronts, and manipulating banks and the realty market. It was with this expansion that they also joined forces with the Okubo Family in 514 AP.   The Okubo Family, unlike the other main families, weren't actually led by a bloodline. Made up of a group of monks, the current leader of the Okubo family would teach and train many disciples, until ultimately picking one to take his place. Although not directly prohibited, this replacement would traditionally be unrelated to the current leader. This family consisted of warrior monks, wearing either light armor or no armor at all, and fighting with either light weapons or no weapons at all.   These three families continued to expand the Kazoku's control over Nanyang's underworld, also incorporating several smaller families into their syndicate. In the 550s, the Kazoku began to stretch their control outside of Nanyang, establishing themselves mainly in Valland's extensive criminal underworld. In 568 AP, however, the mission to expand in Valland stretched the syndicate too thin, much to the misfortune of the Okubo Family. In Nanyang, the family was apparently captured and imprisoned by the Nanyangese government. What part of the Okubo Family (and parts of other families rallying in support) was left in Valland returned to Nanyang to break the Shinzoku out of prison. This, unfortunately, turned out to be nothing more than a set-up, and the Okubo Family was wiped out by the Nanyangese government. Other families also took a crushing blow to their numbers, needing years to recover to what they once were.   In 563 AP, the Denbe Family rose to power as the 3rd primary family of the Kazoku. Their unique affinity with magic and the arcane proved exceptionally useful in Valland, also giving way to the Kazoku's following rise in power in Valland.   In the present-day, Their known activities include illicit drug trafficking, extortion, protection racketeering, theft, arms smuggling, and money laundering. Aside from direct crime, the Kazoku are also known to have ties into realty, banking, and other legitimate markets and organizations that they use for their own profit. 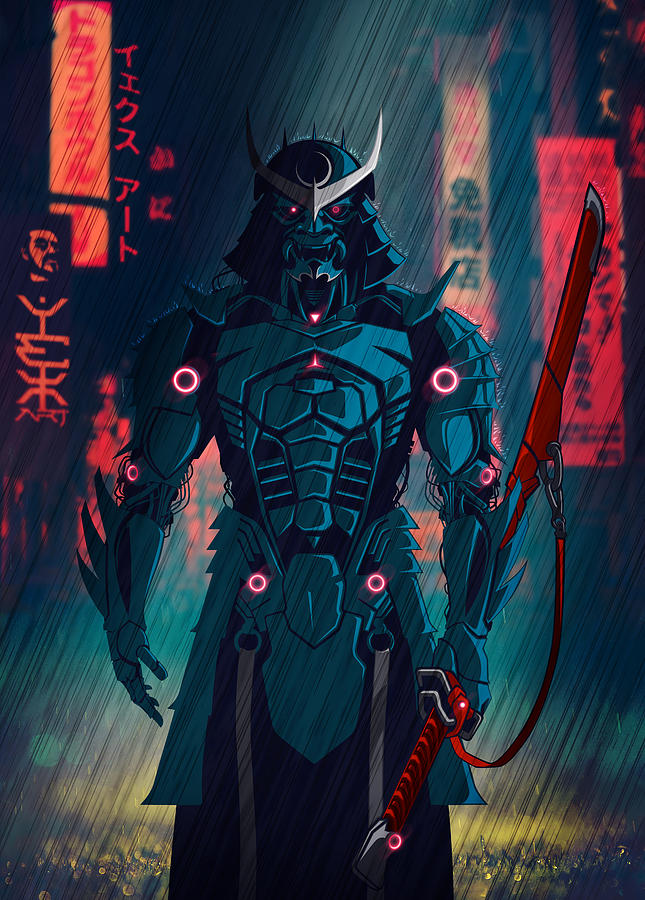 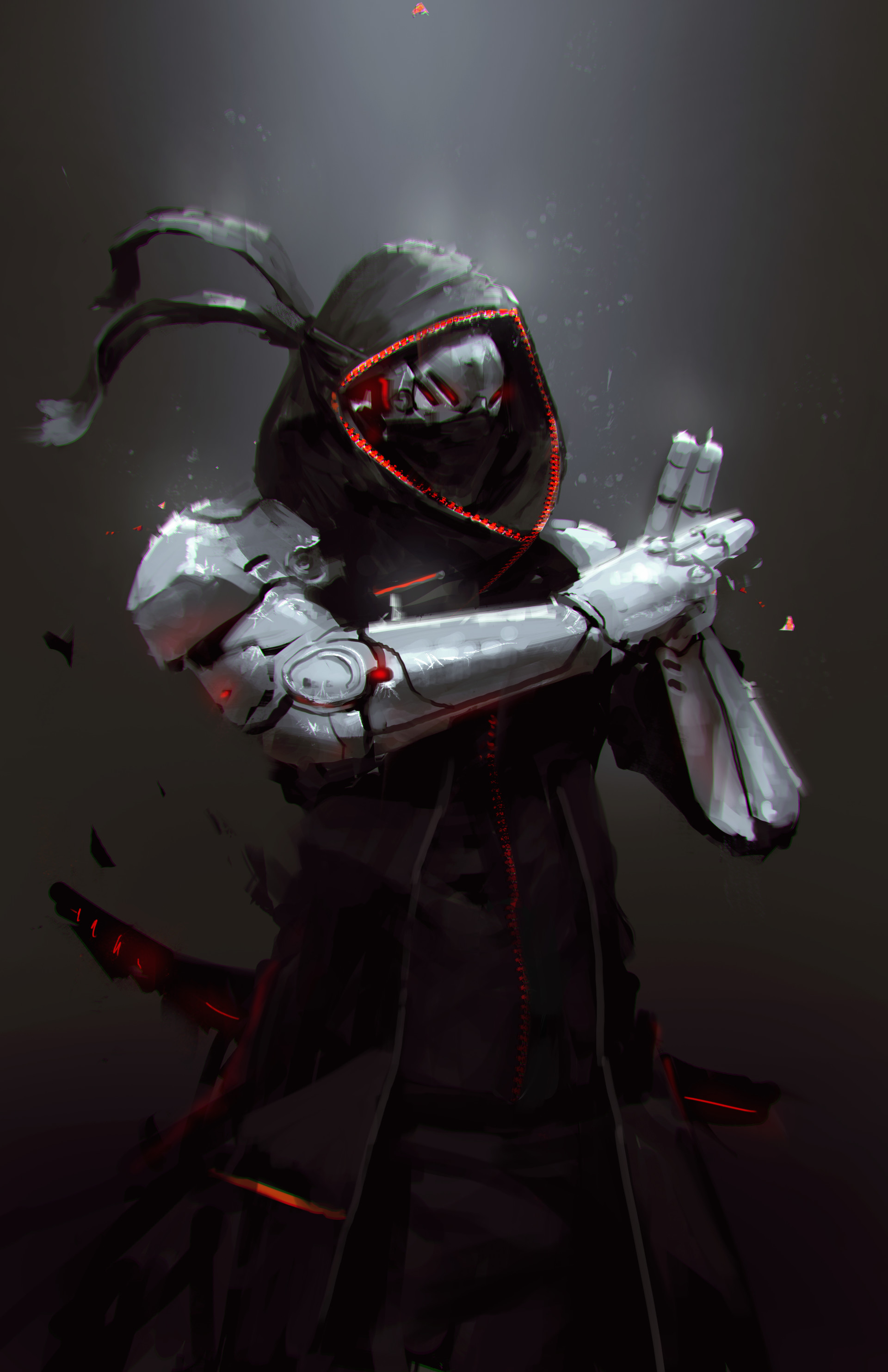 A kyodai of the Shiko Family.