Making is a city in the Mournlands (formerly Cyre) known for being the location of House Cannith Headquarters as well as being a marvel of engineering and arcane design. The city is primarily located underground within the massive plateau that is now known as the Glass Plateau.

House Cannith, one of the most influential and important Houses prior to the Mourning, held its headquarters in the city, 90% of which is underground. Prior to the Mourning, the city was an absolute wonder: massive pathways and towers spanned a gigantic underground expanse marked with huge gorgon statues and ever glowing arcane lights. House Cannith claimed that, should the city be left alone, its power would continue for 100 years.   After the Mourning hit, the city is assumed abandoned and its fate is unknown.

Originally settled many years ago, Making was once called Tetiskovasburg and was for many years a small hamlet atop the large plateau that defined central Cyre. However, as the dragonmarks made their appearance across Eberron, the small village was recognized as the home of the Mark of Making. Eventually the headquarters of the house took over the city and its name was changed to Making. 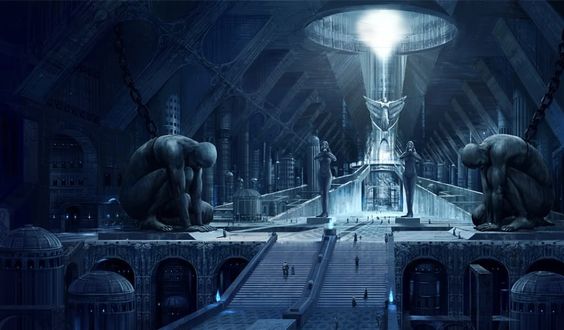