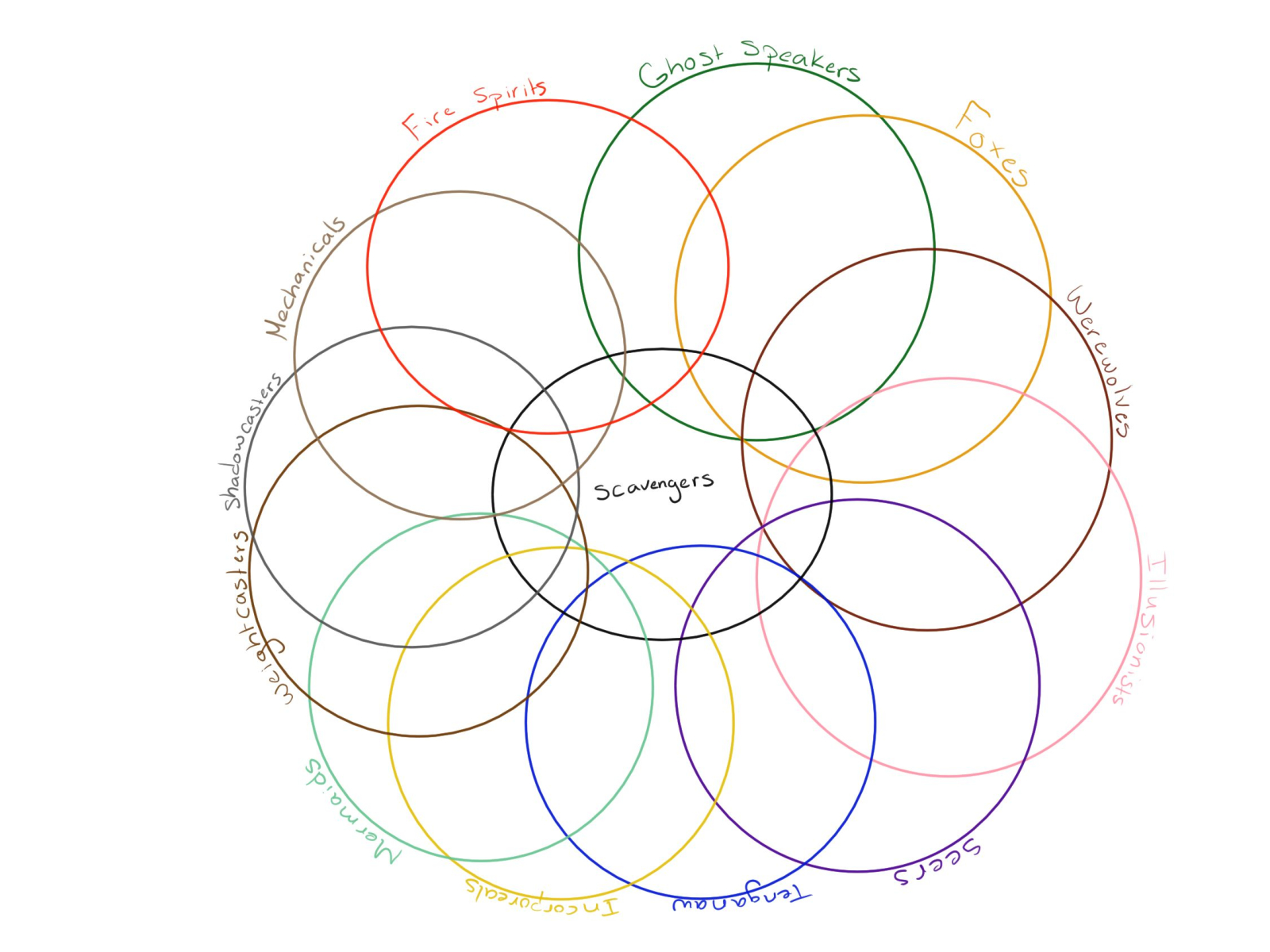 If you ever take a boat along the coast Tesartand, you will see patches of water with the tips of plants poke through. Colloquially referred to as "Serpent Kelp," most people think this is because the twisted lines of kelp leaves somewhat resemble snakes, but the plant actually gets its name from an old sailing taboo: that the Sea Serpents live in the kelp forests, and if you get too close, they will smash your ship and eat your crew. Though the Sea Serpents have no intention of smashing boats, they do cultivate and live near the kelp.

Serpent Kelp is an umbrella term for several varieties of sea kelp which is grown off the coast of Sea Serpent communities. It is bright green in appearance with thin, but durable leaves which grow on a stalk no more than an inch in diameter. It usually grows in water 15-100 deep and will grow the full height, and sometimes taller.

The kelp grows very quickly--up to two feet per day. Though many sea animals feed off the kelp, the Sea Serpents care for it to ensure that it does not get overeaten.

The serpent kelp usually grows salt in water 50-100 feet in depth, where there is a rocky bottom for it to attach its holdfast, which his has instead of roots. The serpent kelp also does best in temperate regions, but Sea Serpents sometimes use temperature magic to maintain an environment that is neither too warm nor too cold.

Sea Serpents cultivate this kelp offshore, near their coastal communities. The kelp serves as a foundation for local ecosystems, attracting fish and other sea creatures, many of which are major staples of the Sea Serpents' diet, as well as the kelp itself. The familiar sight of the kelp stalks rising out of the water also signals to other Sea Serpents who may be visiting that there is a community nearby. The kelp forests also benefit the Sea Serpents because sailors give them a wide berth, helping them keep their identities secret.