“Fire!” you hear the sergeant yell, breaking the soft silence of the chill morning air. You cover your ears, but the sound is deafening as the Sunport Riflemen open fire on straw targets at the edge of a field. You watch the intricate firearms carried by the soldiers buck into the air from the recoil. The straw targets take a fair beating from the attack.   The sergeant, however, is not convinced. He goes through the ranks, adjusting fingers and stances. He eventually lands on one awkward halfling, whose rifle is nearly as long as he is tall. The poor fellow is trying to rub dirt and grass off of his bottom, as the firearm knocked him off balance. The sergeant yells at him for a time, telling him that he has to have perfect stance if he is going to be able to fire off more than one shot at a time.   You quickly grow tired of the heckling the soldiers are receiving. You instead wander over to inspect a couple of spare guns in the wagon the soldiers brought with them. Delicately picking up one rifle, you take in the wooden stock, the metal barrel and the trigger.   Putting it back down, you see a line of black on your palms. Apparently, a little gunpowder was left on the rifle from its last firing. You shake your hands to get the powder off, knowing what might happen if that ignites. But a thin trace of it remains.   You guess you’ll have to wash it off, but the effect of that black powder doesn’t go away too easily. You guess the whole world is much the same; the invention of gunpowder has changed the world forever.

Gunpowder has revolutionized war in Sedesta. Firearms are beginning to replace bows for many important guards in the Kingdom of Loria and the Republic of De'ari-Bomsi, and cannons are even more widely used, especially on warships.   Outside of military uses, the smeloplar tradition of fireworks uses a slower-burning version of black powder called brown powder (as the charcoal is not usually burned completely and looks brown instead of black). Blasting sticks (thin wooden tubes filled with gunpowder) are beginning to be used to blast open larger areas in mines.

The most common kind of gunpowder used is black powder, which is a mixture of sulfur, charcoal and saltpetre. These ingredients combined and ignited create the explosions characteristic of black powder. 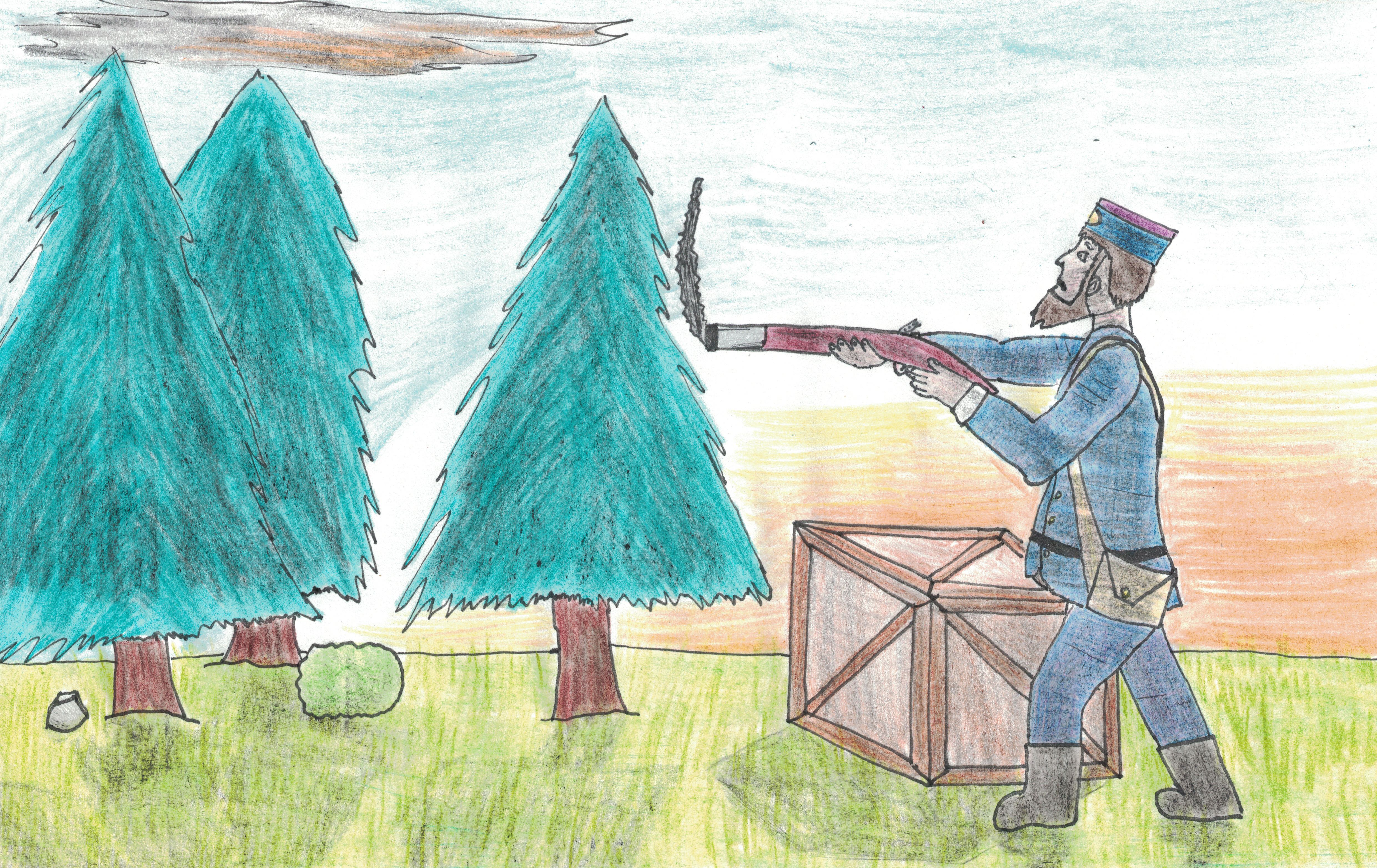 One member of the Sunport Riflemen.

The smeloplar are credited with the proliferation of gunpowder. They had kept their invention of the explosive compound a secret for generations. Now that the smeloplar communities of the southern part of the Kingdom of Loria have begun to open up to the rest of the world, their inventions are being shared throughout the world.

While many smeloplar have claimed to have invented gunpowder, Aned Bilimsar is usually credited with its discovery.

The average Sedestan doesn't have regular contact with gunpowder, whether that be via weaponry or other uses. This is due to the recent invention of the technology (sometime in the last hundred years) and the protected nature of the recipe.
Art Credit: emperorcharlesii (me!)