The Snowdrift Flatlands in the large region between The Arctic Run and The Dragon's Teeth Mountains. To its north is the Sunrise Path, another valley that leads to the Troher hills and the realm of the Karunbar Dwarves. Further to the east lies the town of Helgafel, an important pass to go south, and its southern border is dominated by the enormous Valrua Sea..   There are numerous scattered tribes and villages that call this region home. A large group of tribal Orcs that go by "The Stormcallers" lie in the western portion of the Valley in their village of Storm's Call. Around The Mirrored Reservoir are the three Scattered Villages of humans, neighboring the enormous Frigid Morass that the strange Tiri Kitor Elves call home. To its north lies the Ruins of Whiteridge, an old human settlement that was destroyed by a barbarian invasion many years ago. Along with these major landmarks, it has many other points of interest to be found hidden deep within its forests or high up in the hills.   The valley is the main route of travel through the area, as it is relatively flat and has the least snowfall. During the summer months it is warm enough to grow a variety of crops, and has been the cradle of numerous civilizations over the millenia. Currently no major empires lay claim to the valley, and those inside are independently controlled.

The snowdrift Flatlands are named as such for their somewhat flat landscape, though it is not entirely flat. The valley itself is extremely long, comprised of many low hills. While it is surrounded by mountains and large swathes of hills, the flatlands themselves are quite easy to traverse and because of their elevation the summer months make them adequate for farming.   A handful of small lakes, including some that only appear seasonally, also dot the landscape. During the summer floods a variety of streams allow the snow to melt and flow down into the valley, but the predictability of it means that there are few surprise floods. The Frigid Morass experiences a similar cycle of flooding, and its waters slowly drain into either the Mirrored Reservoir or into the Flatlands during peak floods.   To the north is the Frigid Morass and the Famrial Tips, a set of small mountains dominated by Famrial Mountain. A small forest stands to the east of the mountain range named The Hartwick Thicket. The western portion of the valley is the foothills of The Dragons Teeth Mountains, a steep and imposing mountain range. To the east lies the Arctic Run, a long river winding through a canyon spanning much of the north. Lastly its southern borders are marked by the enormous Valrua Sea, The White Wolf Timberland and The Snowdrift Hills.​ 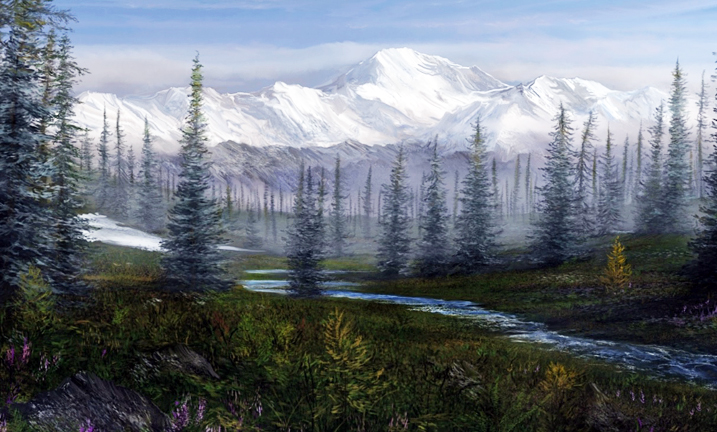 For more information about the flora and fauna found in the north, please see the Frostgale Taiga
Type
Valley
Location under
Frostgale Taiga
Included Locations
Included Organizations
Characters in Location

Articles under The Snowdrift Flatlands