I remember when the Nicalen's still ran this tavern, a decade ago. It's a very different place in those days, lot more dour, I think. I like the colours a lot more. I do wish I didn't have to sit on the floor, though!
— Human customer

Nicalen's Lookout is a tavern in the Entertainment Quarter of Balkehir, located on the border of the Taufa District. Formerly owned by and aimed at the predominant human population of the city, it now largely caters to the local gnomish community. 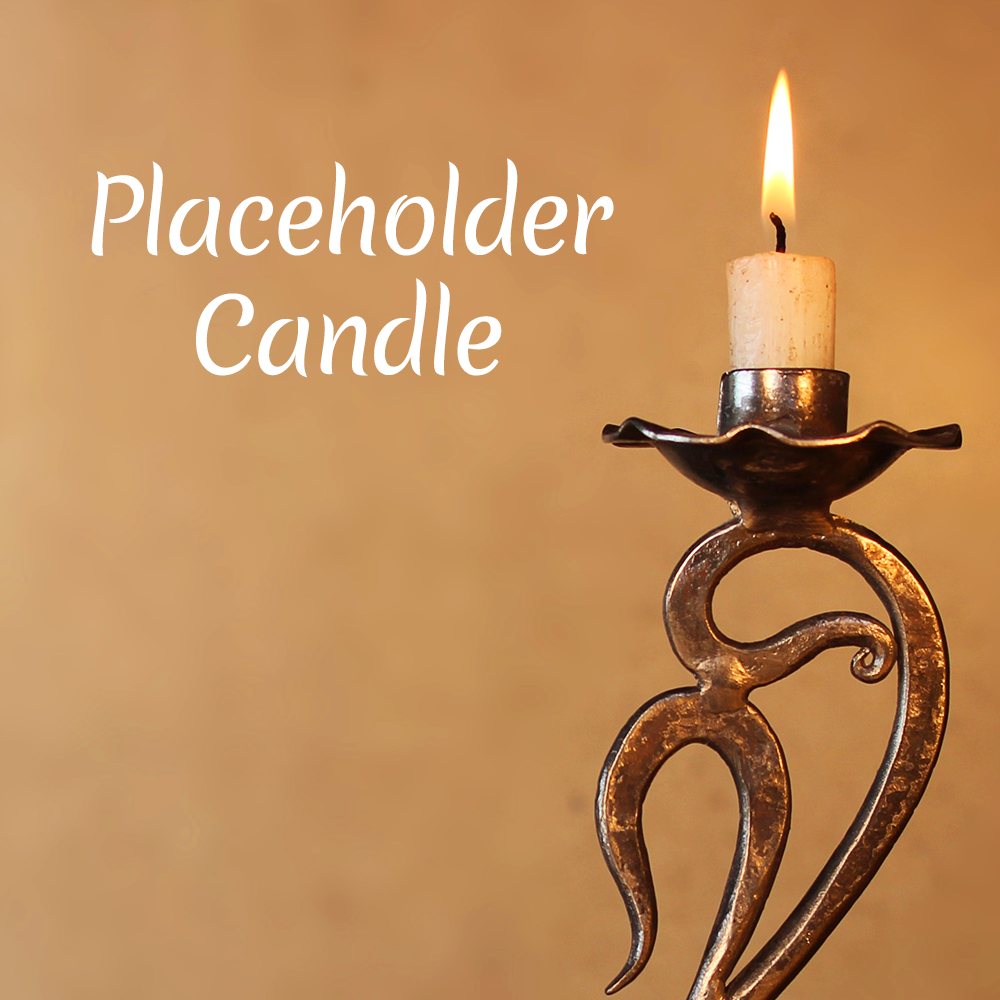 Candlestick by Agzam
Like many of the other buildings on the promenade, Nicalen's Lookout tries to stand out in many ways. The most obvious to passersby is in the bright colours adorning every stone and plank, as well as in the strings of twinkling lights hanging from awnings and between windows. The second, and longest standing, is the crow's nest-esque construction on top of the tavern that overlooks the rooftop bar, and would have offered extensive views of the ocean.   The inside is more unusual, with every piece of furniture being oddly proportioned. Chairs bear short legs but tall backs, tables sit close on the ground but are still 5 feet in diameter, and the bar stools are extra tall with additional supports built between the legs to allow for climbing. In addition, the middle of each table is occupied by large decorations, such as statues or wide vases, preventing patrons from passing food over the centre.

Nicalen's Lookout was first opened in 3203 by the titular Vorven Nicalen, who had spent the previous five years renovating the property to take advantage of its beautiful seafront views. It catered predominantly to travellers and tourists, and even offered short trips on the owner's private boat as an add-on to a night's stay and a meal.   It was never especially successful despite the nautical gimmicks, even with extensive renovations in the early 40s. This included the construction of the crow's nest tower above the rooftop, which could be booked for exclusive private dining by small parties. While it was occasionally used for this purpose, it soon became common for diners to pay a few extra gold to simply go up and use it as a lookout for a few moments before returning down.   The Lookout's moderate living was impacted significantly by the fall of Taufa, which prompted the frenzied construction of a place to house the many refugees of the city. This so-called 'Taufa District' expanded from the edges of east Balkehir, cutting off the promenade from the ocean and soon blocking most of its view entirely. The tourist market dried up quickly, and while they were replaced by a largely gnomish clientele coming from the district, it didn't make up the losses.

In 3275, Vorven's granddaughter Ishbel sold the Lookout to Mieth Blido, one of the gnome regulars, for a fairly low sum. With their remaining funds, Mieth set about refurbishing the tavern to be better suited to gnomes as cheaply as possible, hiring workers to cut down the legs of chairs and tables, and adding stools behind the bar for the employees.   With the final personal touches of bright fabrics and decorations throughout, Nicalen's Lookout reopened in early 3276 to the delight of the locals. Though it has continued to not make incredible profits, the cosy atmosphere and decent food has made it a favourite of many from the Taufa District, and the regulars have raised money on the few occasions the owners have needed it. 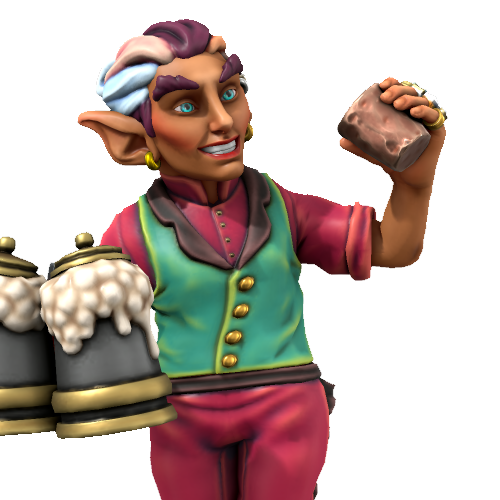 Rowdier than any of their clientele, Mieth Blido is no stranger to the perils of tavern ownership. When they get enough liquor in them - which is every other night, by some estimates - they tell long tales about their old bar back in Taufa, which their family ran for three generations.   While their experience has not always kept the books balanced, their friendliness and camaraderie with the clients has made fundraising a breeze. 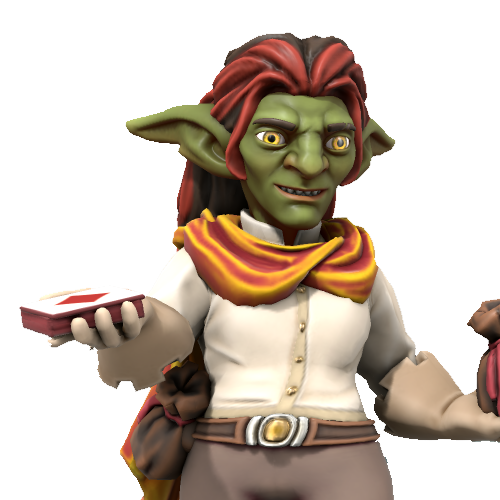 No-one in the tavern is more familiar with its dark corners than Ghovvoa, a rare goblin restaurateur. As far as anyone knows, her primary job is handling the rooms on the second floor, but she is rarely seen at work.   Far more frequently she is seen at the cards table, wiping the wood clean of other's hard earned coin, and perhaps not always honestly. 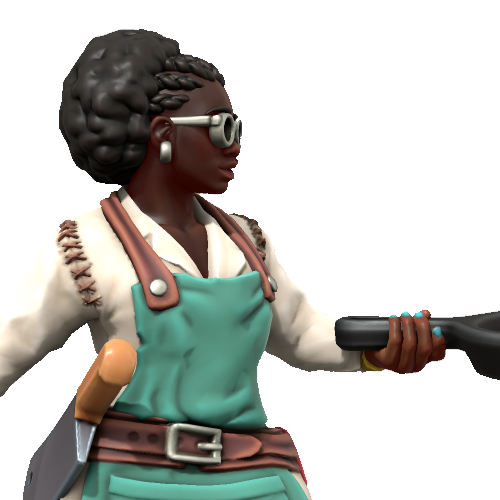 Heard but hardly seen, Anika Eliss is the longest-standing employee of the Lookout, having been one of two chefs who worked for the previous owner. While the other quit, she stayed on, supposedly to learn the intricacies of gnomish cuisine from her new boss.   While not all her attempts to replicate Taufan dishes have been successful, her effort and passion is clearly on display in each meal. 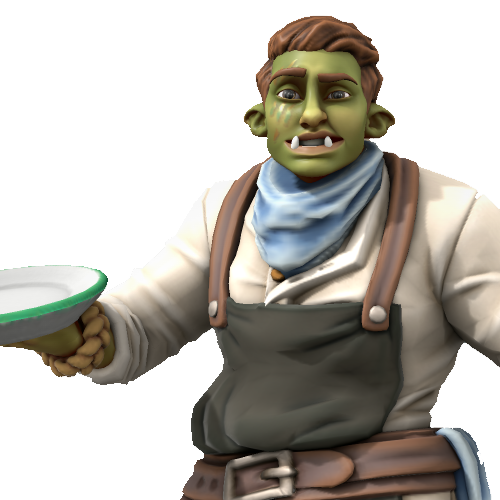 Seen but hardly heard, Vosk Avet is the shy orc waiter at the Lookout. Despite the first assumptions of many visitors, he is extremely gentle and delicate, squeezing nimbly past the small clientele and carrying only one or two plates at a time to avoid issues.   Though he is quite quiet, Vosk is popular with regulars for being a good sport, and a good hand at cards.
Founding Date
3203
Type
Pub / Tavern / Restaurant
Parent Location
Balkehir
Owner
Mieth Blido
Ghovvoa

Many visitors to Nicalen's Lookout are quite surprised to learn that it is co-owned by a gnome and a goblin. Each evening this inevitably becomes the topic of conversation tavern-wide, and inevitably both Mieth and Ghovvoa will be asked how on earth they came to own the business together.

Happened the same way any other business arrangement does, didn't it? I'd bought the business from Ishbel a few years prior, and turns out Ghovvoa had the skills I needed to fill out the team. Then over time, figured we worked well together, tweaked the deal, and now we run it together. Now, did you want another drink or not?
— Mieth Blido

Like any other establishment where drinks and coin flow freely, many accusations of illegal activities have been levied at the owners and clients of Nicalen's Lookout. The most common story in circulation is that the crow's nest is host to meetings by members of a gnome-led mafia, who negotiate dealings with local criminals and keep an eye out for the authorities. Mieth strongly denies these accusations.

Mieth and I? Oh, man. For starters, known 'em since Taufa, back in their old bar. Weren't a worker, just a client, but frequent. Ended up getting in their good graces when I cleaned 'em out in a card game and used the winnings to shout drinks. When I heard they'd settled in here, 'course I came around. Nothing like a Blido Bar, I say! Besides, they still owed me.
— Ghovvoa

Nice varied cast, nifty layout, and a fun origin story. That human customer is a nag, though. Just bring a frickin' pillow!!!

I love the use of hero forge for this article and the layout of the article is fantastic!, A great article here!

This was a fun, quick article and I like its theme. The staff sound cool and I like their designs. I like thinking about the image of a goblin mafia, haha.