It's like going through puberty only with vomiting, hallucinations, and the worst fever imaginable all compressed to the span of one week. Plus it will most likely kill you.
— Maria Green, Witch and Magic Systems Researcher for The Institute

Le Fay Sickness afflicts every and all natural born Witch once they reach ages 10-14. It is caused by an overabundance of magic energies that have built up within the body. These energies wreak havoc upon the body, disrupting the bodies natural systems such as blood circulation, respiratory, and interfering with the processes of the hypothalamus.

High fever, hallucinations, delirium, physical weakness, and severe nausea. Supernatural occurrences will also accompany these symptoms. Such as moving objects and spontaneous fires.   Fingertips and toes will often exhibit a dark color due to poor circulation. This is sometimes referred to as "Holding hands with the Devil"   It has been noted that during some hallucinations. Individuals have reportedly seen multi-horned beings trying to speak to them. It had been theorized that this may be the Pagan Horned God trying to form some sort of bond with the Witch. Due to the near impossibility to predict who is a Witch before succumbing to Le Fay Sickness, It is quite difficult to study the Horned God.

The afflicted must cast a spell or perform a ritual, this will help open their Chakra allowing the magical energies inside them to dissipate and regulate.   Any spell or ritual will do. The body simply needs the throughways in which magic energies flow within the body to be defined. This is not unlike opening a sluice way in a swollen dam to relieve water pressure. Once this is done, the Witch's body will regulate its energies by itself.

Due to the relative rareness of Witch births, this disease is often misdiagnosed as demonic possession. This results in a 80% Death Rate.

The first successfully cured case of Le Fay Sickness took place in the year 2013. Maria Green, The daughter of Professor Thomas Green was struck with Le Fay Sickness at the age of 12. At the time it was believed that Maria was being possessed by a demon or spirit.   Multiple versions of exorcisms from all faiths were performed by The Institute in an attempt to save the young girl. Eventually, they fell back on collected grimoires of Wiccan spells that The Institute had in their libraries.   They found a spell to banish evil spirits in one of the grimoires, the only problem was that the afflicted had to cast the spell herself. After hours of trying to teach her the incantation in her delirious state, Maria Green was able to perform the spell. In hours, her symptoms were gone and after a few days of rest, she was out of bed as if nothing had happened.   It would be a half a year later when the first Fallen Angel would be employed within The Institue that that realization that Maria Green was had some sort of affinity with magic as Fallen Angels and Angels alike had a supernatural sense for it. It wasn't long for two and two to be put together and Maria Green was deemed a Witch.   Maria Green is now 18 years old and currently a researcher of Magic Systems for The Institue. 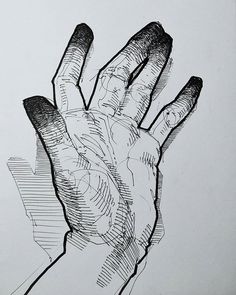 "Holding Hands with the Devil"