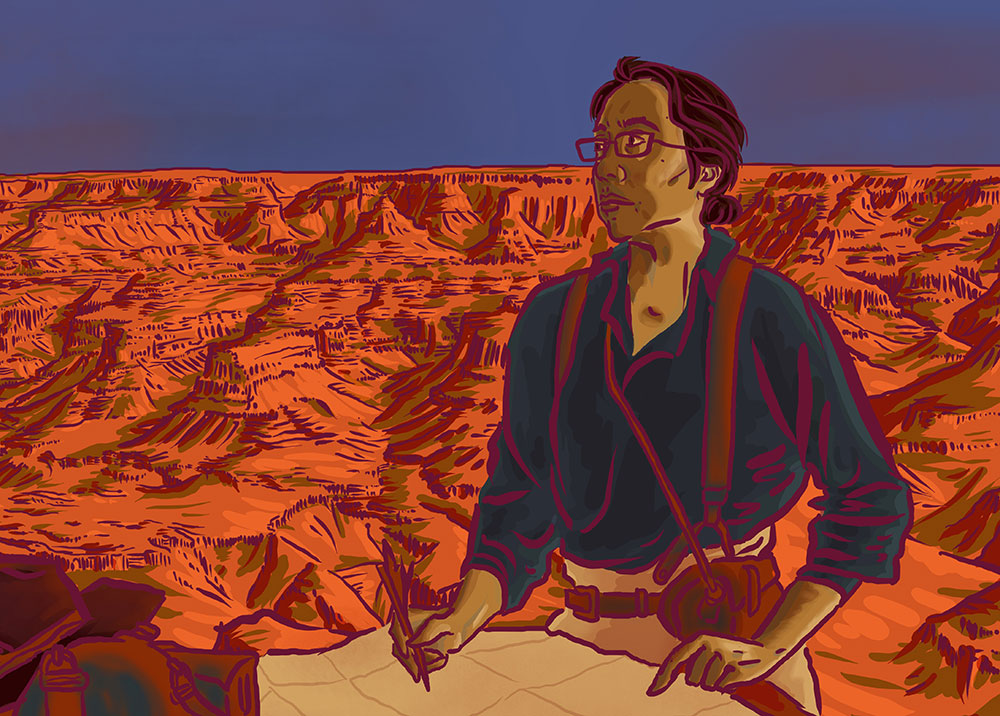 As a child, M'na was gibed that they must have had Birdfolk in their ancestry, due to their narrow wrists and unfailing sense of direction. Though such a thing is surely untrue, M'na is comfortable around the Birdfolk, sharing the long legs, narrow but sturdy frame, and hearty constitution in the desert conditions. If anything, they have had some challenge becoming accustomed to the Northern chill...but, then, M'na prefers a challenge, and will not be defeated by the mountain.

M'na has a tendency to hunch when working at a desk, regardless of the need.

M'na has a natural talent for remembering paths and discerning direction.   They are able to grasp the interconnected intricacies of large systems, a trait that serves them well whether in the woods, the council table, or the repair shop.

Because of their upbringing among the Satta as a child, M'na has approval to wear the Satta Flock pattern, and displays such in the reds of the guide and the golds of the artisan, with the marks in gold to signify their status as a markmaker/recorder.   M'na additionally carries the citrine Hpaziza of the Mediators, and will wear the Copper of the Ambassador.   When off-duty, M'na generally prefers the greys of the Wazhinkakeh. Since their deployment in the North, they have taken to wearing Northern garb for its warmth and functionality.

M'na wears several thumb rings: usually a red stone ring and a simple silver band on the left hand, and a stone ring (of varying color) between two silver rings (one with a red stone, one of thin, hammered texture) on the right hand. They are the only consistent ornamentation M'na favors, and they are not seen without them.

M'na has served in postings at:

In 676 ak, M'na was named to an Ambassador Rank in service of the Rangers and for the Greater Inbound Lands. M'na has the distinction of being the first Hetchling to be named to such a rank, paving the way for opportunity and diversity within the ranks.

M'na has received reprimands for improper entry into the Calderas Tower, and an excused reprimand for a loss of postal packages during the first year of service, in which the items were lost during a flash flood along the Dust Path.

M'na follows neither Corvan or Ki'ist practices, but prefers the middle path, blending the two philosophies.

M'na is patient, finding it easy to tolerate and adapt to the unknown and the uncertain, mostly because of their confidence in their own areas of strength. In areas they lack, M'na has worked to build a support team of complimentary strengths and perspectives; because of their Satta upbringing, they trust that team for the virtues they've handpicked, and tend to create opportunities for that team to express personal agency and judgment.   In their own work, that Satta mindset means that M'na displays personal initiative and ambition, facing challenge like a cliff wall: thoughtfully and cleverly, maneuvering agilely towards the best position through efficient, well-placed effort.

The downside of a Satta upbringing is that M'na tends to move solo through challenges, forgetting that life isn't always a wall: not everything needs to be summited, and you aren't always moving over life on your own. M'na works to improve their delegation skills and to allow themselves to lean on their support, but it's never an easy decision, and M'na is more likely to push themselves farther than they should - farther than they would ever ask another to go - before stepping back.

M'na has the tendency to lose themselves in their work, much to the detriment of their worktable: if only they paid as much attention to the mess of their desk as they did to repairing the messes of the world!   It's not that they're disorganized, more that the natural collector's tendency magnifies the value of every object and idea. Every available surface has a book, a found stone, or a scrap of notepaper on it; when seen in a whole, the items obviously circle around a larger theme, but it can be overwhelming for the uninitiated. 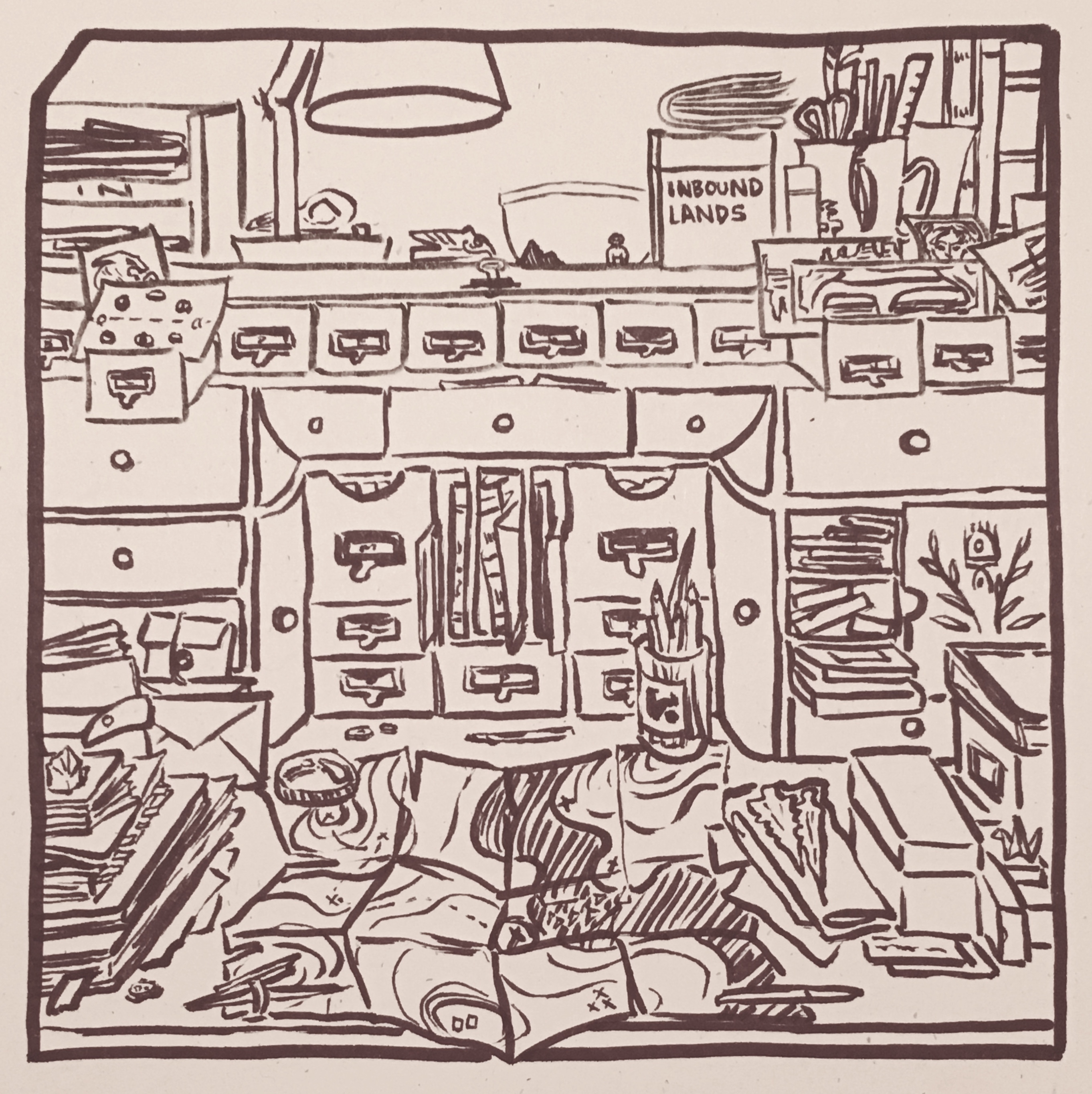 Perhaps due to their early childhood among the diverse cultures of the Caravans and the Citadel, M'na can be something of a vocal chameleon, easily mimicking the cadence, body language, and phrasing of those they are speaking with, and with enough time, can carry the nuance of the accent. However, M'na tends to "mush" syllables, due to some challenges in hearing.

Species
Anman
Ethnicity
Southern Walkingfolk
Year of Birth
647 ak 34 Years old
Birthplace
M'na was born in Aniza territory.
Current Residence
M'na currently resides in the Trifold Peaks area. They maintain barracks at Terminus on the Slopes of Urd, but usually spend their off time at Mu'silao'ki Island.
Eyes
Dark Brown
Hair
M'na wears their dark brown hair long, generally pulled back in a traditional single braid, though often they wrap it up into a bun for ease.
Skin Tone
Olive skin, though tans easily towards almond.
Height
5'9"
Weight
120 lbs
Aligned Organization
Rangers
Known Languages
M'na is fluent in both high and low Tongue, and is able to write both sigil and glyf. In addition, M'na is fluent in Aengli, and demonstrates a basic visual understanding and vocabulary of Sign. 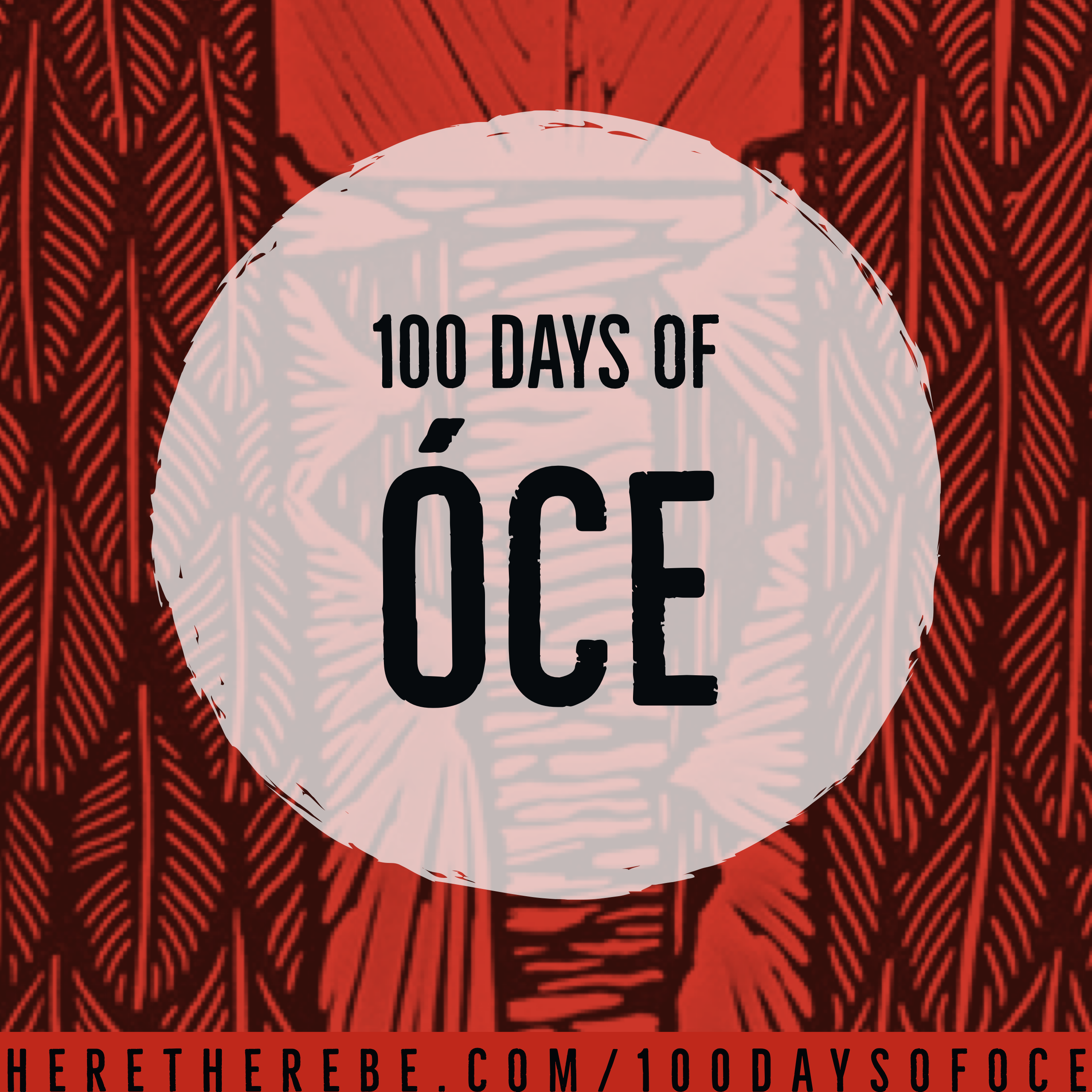