"Does comradeship mean nothing at all anymore?"

A tank who is nicer than he may seem at first ... or second, or even third glance. He is a very private person, hardly ever sharing his feelings, past, or secrets. Befriending him is not impossible, but very difficult. Once his trust his gained, he will be a loyal fellow. But this loyalty isn't unconditional. It has to be earned and maintained. Slighting Fox, while not easy, isn't hard either. Once someone has fallen from grace with him, it takes a lot of effort to regain his favour.   Being around him also means enduring frequent grumpy moods. Even though he doesn't take his frustration out on others, he is difficult to deal with when something bothers him.   In battle, he is a force to be reckoned with. Sensible and deliberate in his decisions, Fox is usually described as a reliable brother in arms. Enemies quickly learn to fear his marksmanship - he is said to be able to hit a weakspot from hundreds of meters away. Furthermore, he keeps calm in most situations, approaching even unexpected events and turns in a methodical way and with a quick wit.

Simple grey camo, which has been reinforced with different-coloured patches of steel.

Uses the 8.8 cm cannon. Often wears camo netting as one of his preferred fighting styles is to conceal himself and ambush enemies from far away, making use of his exceptional accuracy.

Used to fight in Africa, but ended up travelling to the North when he was still a Tiger I. He doesn't usually tell the story what happened then or how he met Rex during the time that followed, but mostly because he doesn't openly talk about his past anyway.   At some point, he also joined the clan he is currently part of, and soon afterwards, together with Rex, the Falkendorf Team.

In "The Tanking League"

Fox and Rex meet Sky and her newly founded team as they are back on the way to Falkendorf after participating in the clan wars. The heavies are suspicious of just Arty appearing and try to kill her, but Sky ambushes them. A fight ensues, but before anyone can get seriously hurt, Awol asks them to stop.

The fight does stop, and the heavies offer Sky and her team to join them on the way back to their own team. They aren't received warmly, but Fox takes a stand when the Falkendorf Team decides whether the Tanking League can stay.   As the Falkendorf Team destroys itself, Fox and Rex decide to join the Tanking League. Over time, Fox however grows disgruntled with Sky and her habit of acting like the leader while allowing more and more low tiers into the team. He doesn't openly demand Sky changes her ways at first, but eventually gets fed up.

“Look, I don't have anything against her personally. I never did. But I don't feel like dying for her. Her ideas of leading a team were admirable in theory, but in practice she was killing people.”

Things escalate and Fox ends up choosing a side as a part of the team decides to revolt against their leader. This brings him into conflict with Rex, who remains fiercely loyal to Sky. The two heavies fall out with each other and haven't been able to make up yet.

Always questions authority, not because he can't accept it, but simply because he is a very critical thinker. He tends to be quite fickle and may change opinions without warning; this makes him hard to predict even for those who know him well.   Strongly averse to fighting low tier vehicles. Believes that there's no honour in "slaughtering lambs".

Normally a very accepting tank, but he can't stand artillery. Doesn't openly admit it, but probably would have participated in the Purge in some manner if he had been there. It's not unusual for tanks - especially for heavy tanks - to hate artillery, so no one really questions it or inquires about his exact reasons.   Thus, he is not incredibly fond of his teammates Arty and Awol, but he doesn't go out of his way to be hostile towards them. He seems to be making somewhat of an exception for them, but doesn't fully accept them as friends nevertheless.

Best friends with Rex. Around him, Fox is more likely to show his humorous and approachable side. He acts less distant towards his friend and gets involved in silly shenanigans.

"Eject is … really knowledgeable," she said after a few moments of pensive silence.
Rex had still been looking at her, but now turned towards Fox.
"I don't know, is he?" he asked the King Tiger in a casual tone.
"Maybe so," Fox replied in the same tone.

They rarely argue, although can be seen bantering often. Sometimes people mistake this banter for arguments, especially when it results in a scuffle, but those scuffles are more of a rough-and-tumble play thing.   Sometimes, they do get upset at each other, though. Rex' hotheaded nature causes him to get too passionate about certain topics. While Fox doesn't take it seriously most of the time, he is touchy/opinionated about some things, which causes the heavies to clash.   They usually don't stay mad at each other for a long time, but they have their limits.

Since Fox is a more experienced fighter than Rex is, Rex usually takes cues and advice from him, but since Rex can also be overwhelmingly stubborn and may act without thinking much, he tends to forget about said advice. Fox has also been trying to teach Rex better English ever since they met, which also is a difficult endeavour. They have made great progress already, but there's still a long way to go.

Gets along with others, but many people hesitate to approach him. He doesn't mind the solitude and describes himself as "not a people person". Rumour has it that he used to be more sociable, but long ago. 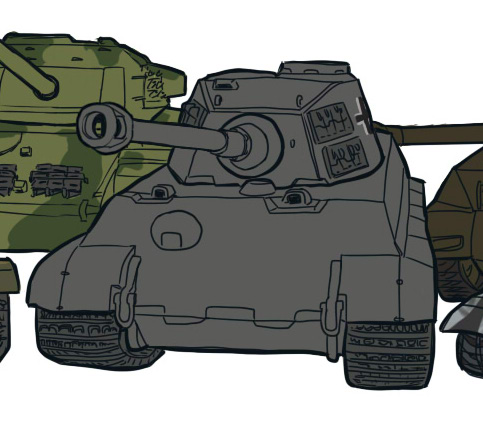