Sky cares a lot about the people close to her. She is passionate and doesn't give up easily on things that are important to her. Often her determination turns into obstinacy, which causes other tanks to get frustrated with her, but she strongly believes in her ideals and her sense of right and wrong; only close friends whose judgement she trusts can change her mind.

In a reasonably good shape.

Three-tone green camouflage with stars on her upper front plate and the sides of her turret.

Has a talent for picking up engine sounds that helps her identify nearby tanks before they get close to her. She uses it as a pre-warning system to notice hidden or approaching enemies, but it works for familiar vehicles and friends as well.

She turned into a traitor as she left her team to look for her brother, who fled during a battle. After finding him, they couldn't return to their old team, so Sky simply decided to found a new one. Many tanks joined her, and she became their leader (even though this was never offically announced or decided - she simply started telling them what to do). However, she doesn't have any previous leadership experience, and not everyone is okay with that.

Many victories, although the major work is done by Eohelm, who is her consultant and strategist.

Sister of Awol. It is unclear how they got to know each other or why they formed such a strong bond. Sky would literally die for him and the sentiment is mutual.

Curses a lot, and even more when upset or stressed. Her choice of words is usually colloquial, even when explaining or talking about complex matters - this makes it easy to understand the concepts she tries to get across, even if they're abstract. 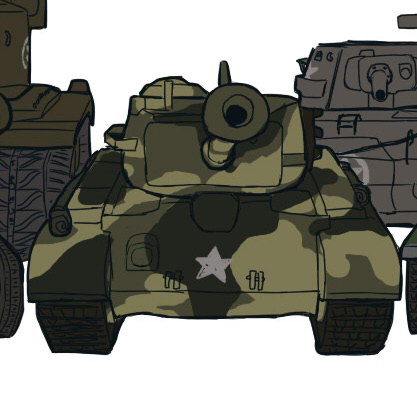 The Hummelverse and The Tanking League are my creation. All content - including art - on this page was created by me, unless otherwise stated.
Want to submit content like fanworks, ideas, characters? Please note that you are accepting these terms if you do.
Article template
Character
World
The Hummelverse
Category
Main Stories in Characters
Author
arty
Publication Date
5 Apr, 2020
Creation Date
22 Feb, 2018
Last Update Date
1 Nov, 2019
Visibility
Public
Views
676
Favorites
2
Comments
0
Work In Progress
Tags
tanking-league