I never run voluntarily, so if you see me running you should run too because something's coming

Proud and braggy, but with the skill to back it up. Rex is a heavy tank who doesn't do things half-heartedly. It's either all or nothing, and that applies to every aspect of his life. He doesn't back down unless there is no other way, and refuses to give up even when things seem hopeless. Losing isn't his style. When he has an opinion - and he has many opinions - he won't change it, not even after a great deal of coaxing. Only overwhelming evidence that contradicts his beliefs may make him reconsider them.   Despite this stubbornness, his opinions don't come out of nowhere. He forms them based on the views of whom he's currently looking up to. If he likes and values another vehicle, he will adapt to their ideology. Currently, he is most influenced by his best friend, but after joining Sky's team, the conflicting opinions and beliefs of his new leader started putting him in a mental dilemma.

A lot of dents and mismatched parts, but he tries to fix spots where the integrity of the armour is failing due to severe damage. His engine has a tendency to catch on fire - it's happened several times in the past but so far, he managed to survive those incidents.

«Hey!»   Rex sighed and focused his sights on the oblivious ISU-152 that wasn't as invisible as it thought it was. He started reloading his cannon.   «Rex??»   All of a sudden, the tank destroyer he was aiming at started looking around in obvious shock; the gun waved about hastily. Rex's optics widened in surprise, then his expression turned into a frown. As if someone had told it that destruction was imminent, the ISU backed up and disappeared into a group of trees just as Rex finished reloading.   "Is' gerade ganz schlecht...!" he hissed into his radio, but he only realized just how bad of a moment it was when a 152mm shell came flying towards him.
***
Tiger II tank and sneaky in the same sentence simply didn't work. Fox' strategy was to hide in plain sight, for example in moments like this one when he waltzed into clan bases that weren't his own. No one even looked into his direction as he marched past buildings and other tanks intently. He knew exactly where he was headed.   Making his way through the sick bay, he asked a TRV for directions to where they kept Rex, and with that kind of help found the VK rather quickly. There was an air of gloom and resent in the small tent and Fox was almost worried that he would get shot at as he entered. Nothing of the sort happened, but it may as well have happened, considering how dark the glare that met him was.   Fox’ gaze fell on the scorched parts of the other heavy’s armor immediately - marks that a fire had left - but he tactfully didn't say anything about it. It was likely that they’d only get covered up the next time a repaint was due.

Olive green camo paint with beige stripes. White kill marks on his cannon. He affixed steel plates to his sides for extra armour protection and enforced his hull with additional plates. It's needed because he likes to brawl, which means taking a lot of hits. He prides himself on his ability to angle his armour well and deflect incoming shots. (Note to self: Actually draw a proper ref of his updated design...)

Nothing is known about his past before he joined the Falkendorf Team; people only know that he and Fox have been friends for a long time. No one really asks about it either, so it's unclear whether he would talk about it much if prompted. However, it's common knowledge that he isn't very old - much younger than Fox, for example. It's also common knowledge that he has scored many kills and continues to do so, though some suspect he may be inflating the number to brag.

Extremely wary of strangers out of principle, but gets very attached when he decides that someone is trustworthy. He generally assumes that he will get shot in the rear the moment he turns his back on someone he doesn't know well, which seems to be a remainder from his past. Somewhat of an exception to this mentality are very low tier vehicles. If they act suspicious, he will definitely not hesitate to take care of them, but when they're obviously harmless, he is more willing to give them the benefit of the doubt.

Likes to rush into things without spending much thought on possible ways this could end badly for him. Trigger-happy on occasion - more than one tank has had a shell flying their way because they startled him or didn't sufficiently establish themselves as an ally right away.   In battles, he tends to overestimate his skill; while he is indeed very skilled, he lacks the experience to apply that skill sometimes.

Best friend of Fox. They do everything together and hang out with each other most of the time; they're rarely seen arguing, though it's very likely that people just don't witness their confrontations. The two heavies are very different in terms of personality, so common sense suggests that they'd clash every now and then.   Rex deeply cares about his friend, and would take a shot for him - in fact, he has on several occasions.

Because of his unyielding nature, he gets into arguments often; while he doesn't seek fights without reason, he tends to assume that the other party does. He also won't hesitate to give someone a piece of his mind if something bothers him. When offended, he doesn't shy away from confrontation and won't settle for compromises.   His voice is generally not an inside-voice. Especially when he's excited or angry, he often starts shouting without realizing. Apart from that, his presence is often announced by loud music. While not dependent on it like Eohelm for example, he does enjoy making noise.

Speaks with a noticeable German accent. He tends to make grammar mistakes and sometimes chooses wrong words - or just uses German ones instead altogether. Whenever he can, he just speaks German with people who understand it. 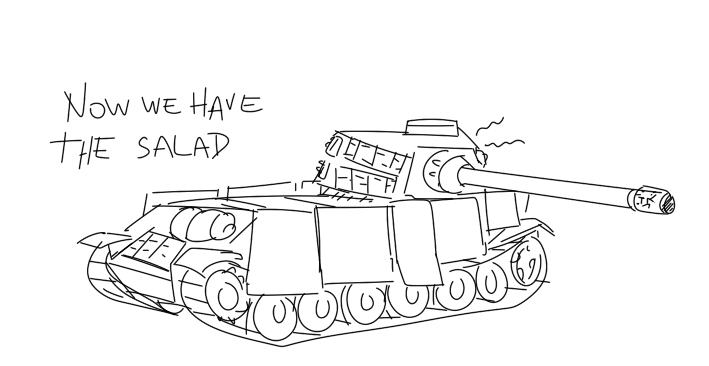 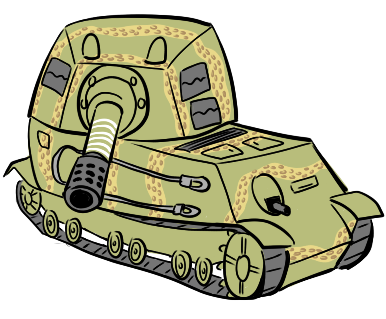 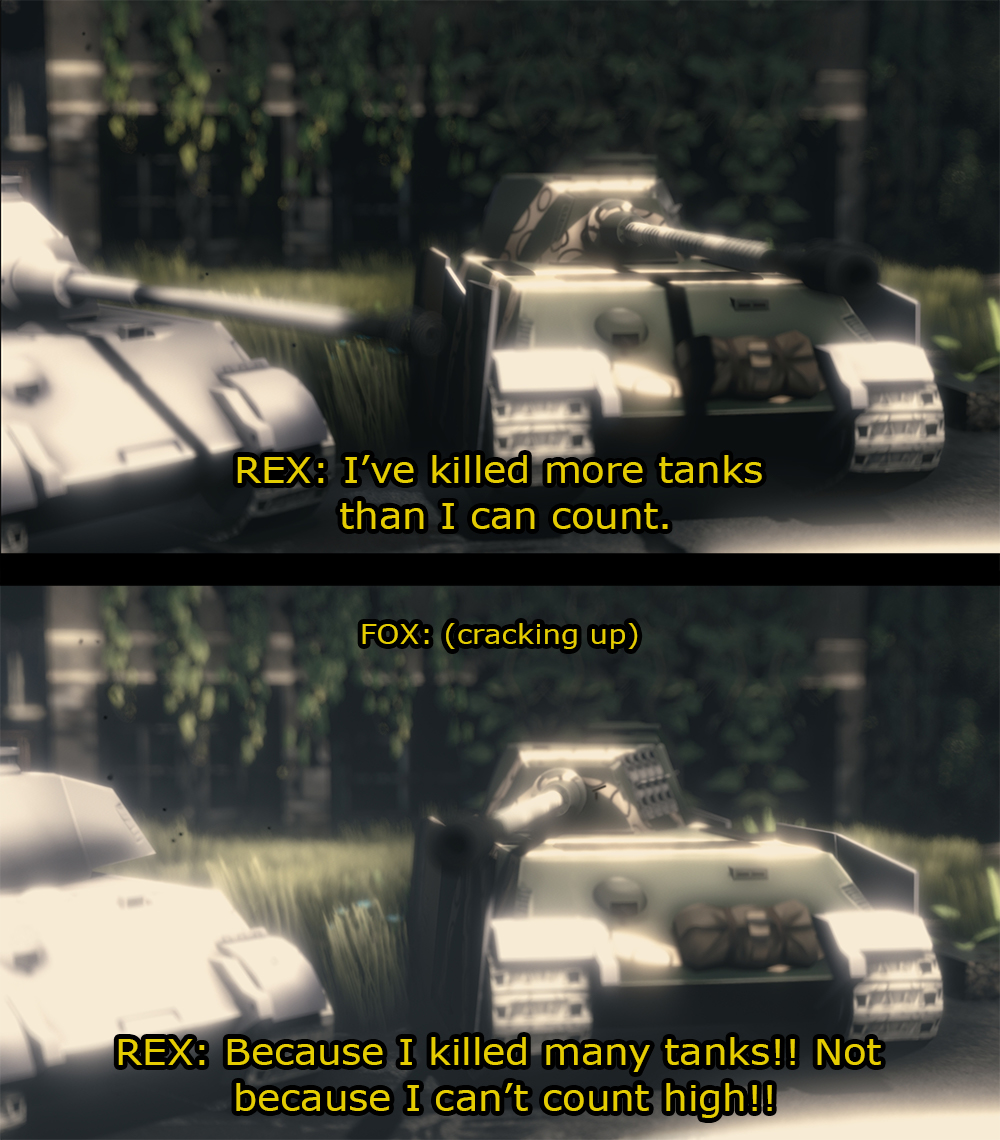 The Hummelverse and The Tanking League are my creation. All content - including art - on this page was created by me, unless otherwise stated.
Want to submit content like fanworks, ideas, characters? Please note that you are accepting these terms if you do.
Back to top
Article template
Character
World
The Hummelverse
Category
Main Stories in Characters
Author
arty
Publication Date
10 Apr, 2020
Creation Date
4 Dec, 2018
Last Update Date
30 Jun, 2019
Visibility
Public
Views
513
Favorites
7
Comments
0
Tags
falkendorf-team tanking-league