Miuradai University is an educational institution located in Sull, Sull Southport Prefecture, DesCha South. Founded in 1984, Miuradai is one of the Big Three (along with Momoyuri University and Senta University ).

There is one major Miuradai campus, located in Sull; a much smaller agricultural campus is located in Domar Prefecture.

As Miuradai is entirely private, admission is strict, although as with Senta admission rates are higher for graduates of its own school system. College admission is particularly strict, as less than 30% of applicants are admitted due to limited spaces, although recent faculty expansion has seen an equivalent rise in available places. 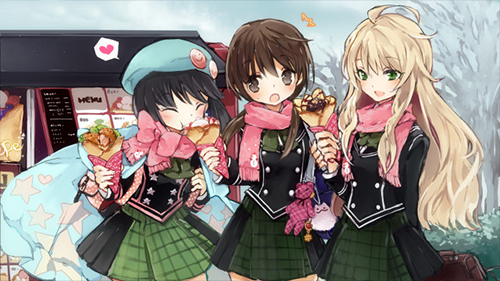 Student life at Miuradai is relaxed, and students are trained for excellence in civil society. Students are encouraged to join at least one sports club, and athletes from Miuradai are frequently seen achieving feats of athletic excellence.   Dietary control has been a priority across all levels of student life, and Miuradai graduates are on average far fitter than their counterparts at Senta or Momoyuri.

Every three or so years, students are encouraged to participate in the School Wars, a friendly conflict between the Big Three. In previous School Wars the conflict has escalated to the point that it has endangered public safety (up to and including threat of thermonuclear annihilation) and DEIMOS agents had to be called in to quell the hostilities.

Miuradai has numerous clubs covering all interests, but there are more sports clubs in general.

As they specialise in sports, Miuradai has teams like the Dragons (Basketball), the Giants (Baseball), the Green Juniors (Association Football), and the V-Flyers (Volleyball). In addition, clubs cover less popular sports such as Lacrosse, Curling, Field Hockey, Netball and Bocce.   Miuradai are named sponsors of the Association Football club Miuradai DesCha South, and the biggest fan group (the Green Madness) are made primarily of Miuradai students and alumni.

Miuradai has no declared rivalries with Senta and Momoyuri and as such holds no enmities with those schools, believing instead that skill and aptitude in sporting activities already makes them superior to them.

Miuradai is run by a President, underneath whom are division chiefs responsible for the school's major divisions. The President is elected from the division chiefs, and serves a six-year term.