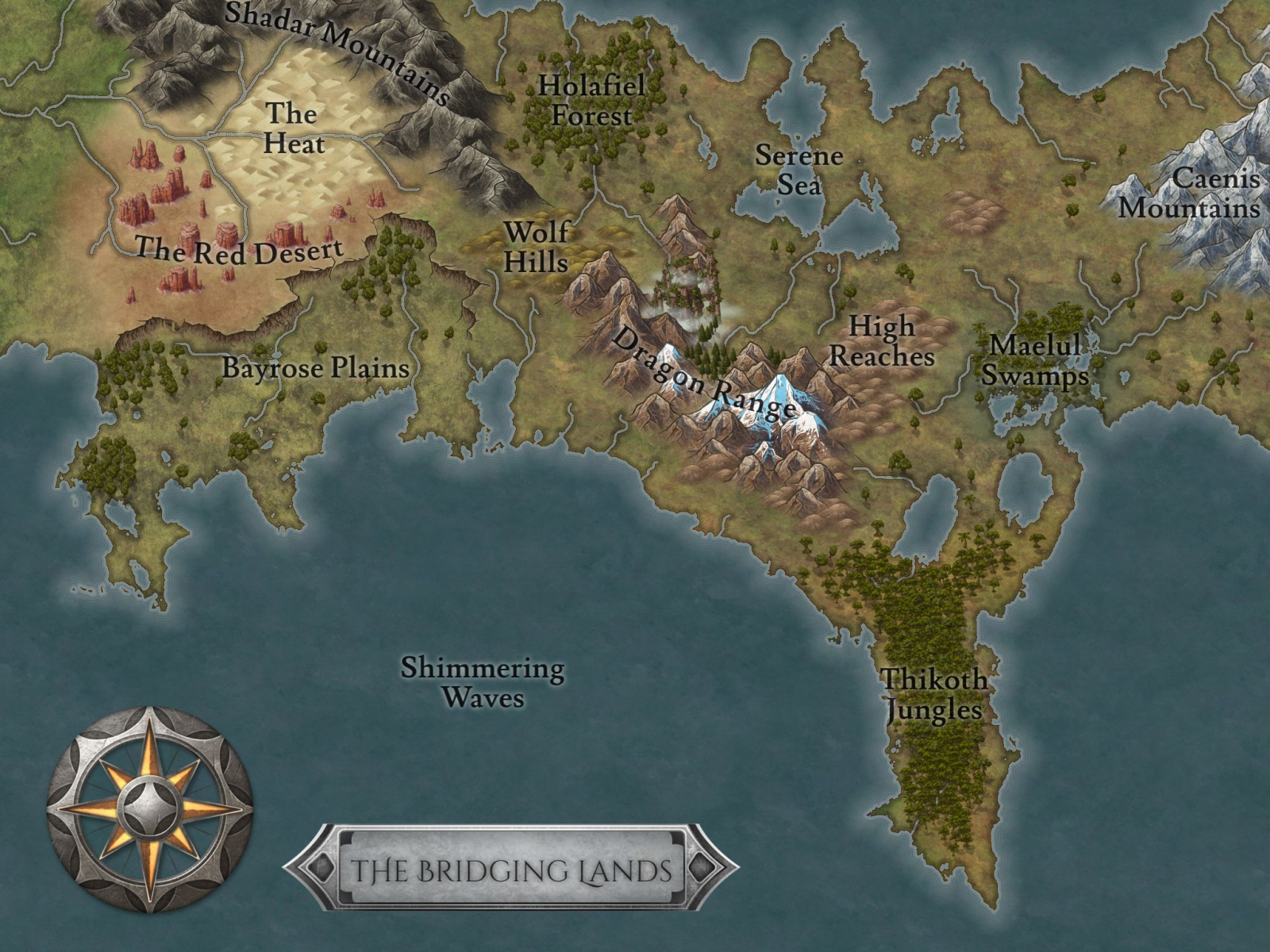 Astrid Nicholls
The Bridging Lands have earned their names by being the link between three continents on Ikkaril: Landden to the North-East, with its freezing temperatures and marauding tribes; Esterwilde to the East and South-East, with its amazing connections to the Shifting Vales; and Dorham to the West, home to the ever-expanding Blanchard Dynasty.   The lands also boast a wealth of natural resources: from the redspark ore of the Red Desert and the chitin harvestable from the giant beetles of the Wolf Hills, to the steelwood of the Pinelands and the fire coral found in the Serene Sea. This makes the Bridging Lands not only an important strategic location but one that can be coveted by its neighbours.   Just over two centuries ago, one such neighbour started an extended campaign to conquer the entirety of the Bridging Lands. The Blanchard Dynasty started with the Furious Wilds and the High Reaches, known for their ferocious warrior tribes. They then took over the Timber Plains and fought over the Dragon Range many resources with the native Dwarven kingdom of Mokrag and the displaced tribes from the High Reaches. But the Blanchard Dynasty has lost ground over the last 50 years as more and more choose to fight for their freedoms.
Tweet

The Bridging Lands has 0 Followers

The Rise of the Griffinknights

Join the Griffinknights as they learn to fly again.

Rahemi
Hero of the Pines

Half-orc seeking to master the primal urges within her heart. She grew up at Pine Monastery where she learns to live in a tentative state of balance.

Leatherworker turned adventurer. Great believer in the laws of nature. Blessed by the gods of the hunts.