You find your hands stuck to the chest, which is now unfurling and grinning at you...

Mimics are terrifying creatures of unknown origins. Some scholars believe them to be the result of failed experiments. Ranging in sizes from small 1' around blobs that may mimic chairs + boxes, to massive 50' around mimics that take on the shape of entire houses. 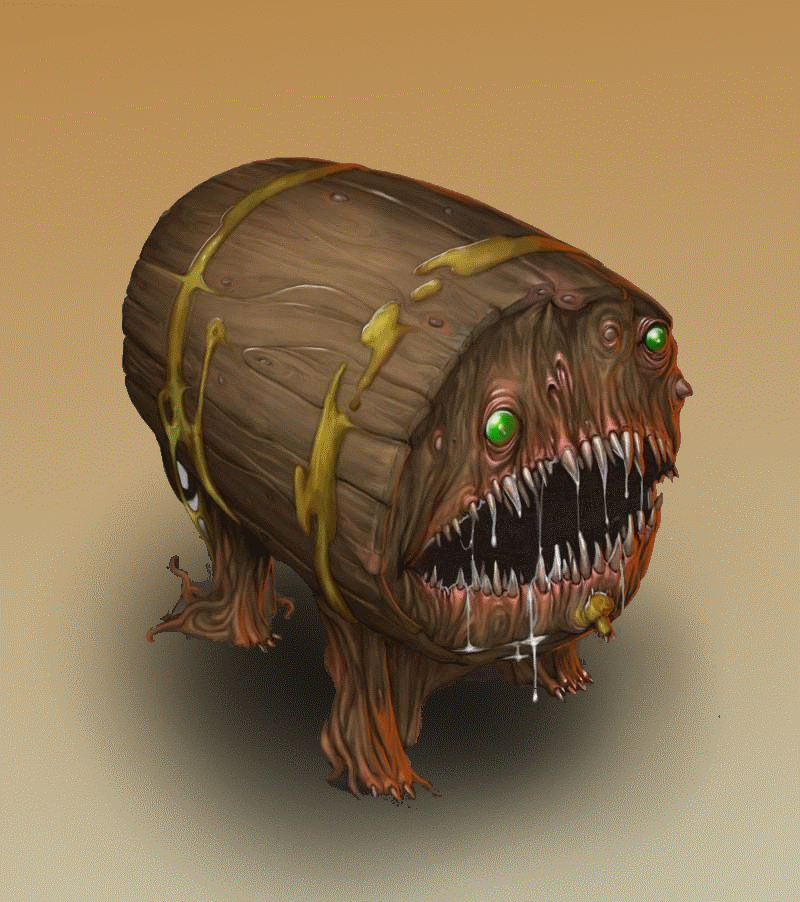 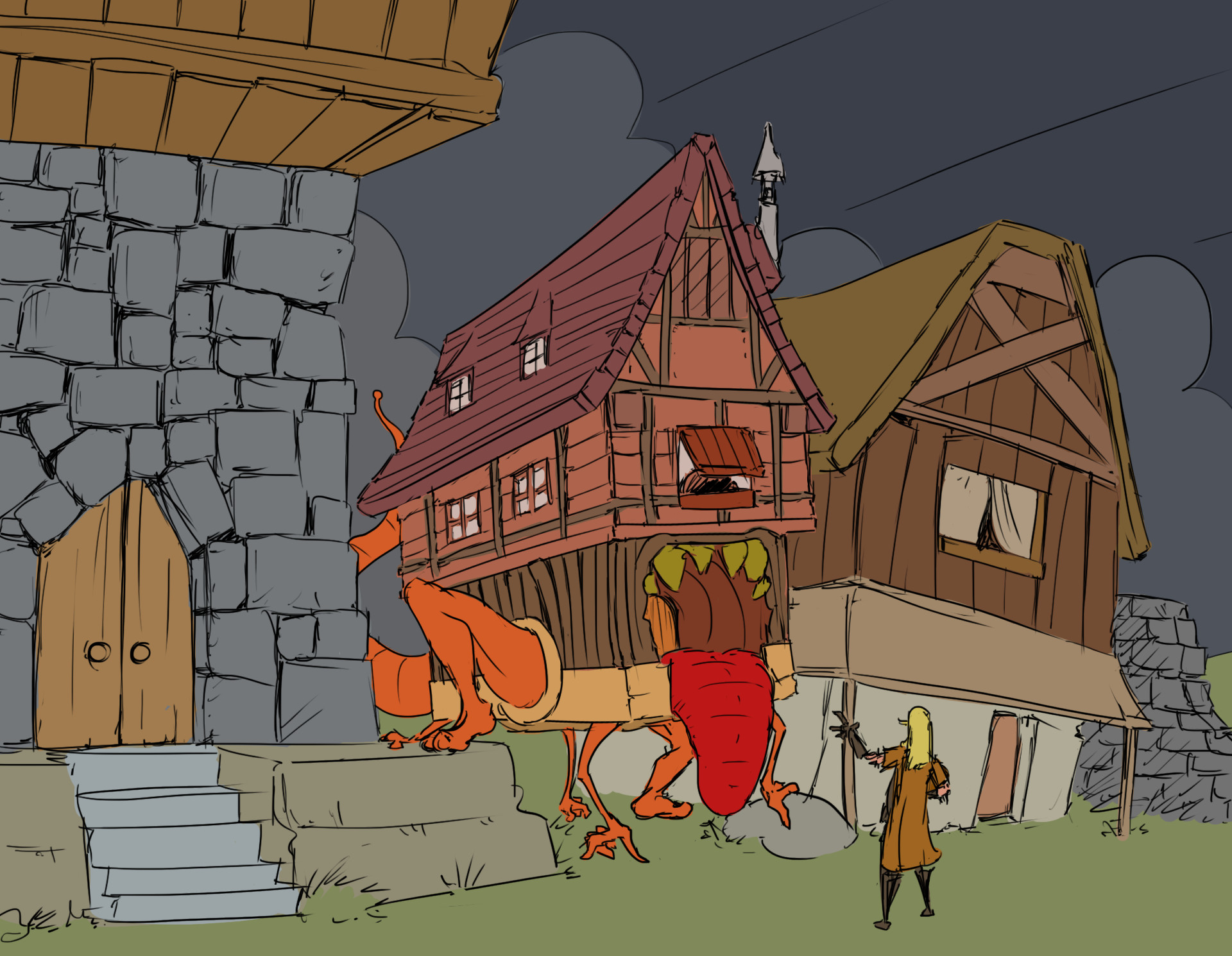 While not naturally evil, mimics are thought of to have reasonable intelligence -- and their reason for attacking is an innate desire to "fool" or "prank" its targets.

The true shape of a mimic is unknown. As the origin of mimics is so mysterious, no one has ever seen one without it being disguised as a regular every day object. However, those mimics in disguise have been studied.   A mimic is able to stress and compress its self into any shape or combination of shapes it chooses. It can harden its outer skin to mimic the toughness and texture of whatever object it chooses. The skin of a mimic is able to excrete an incredibly strong adhesive, trapping those who touch it to its skin. This is when the mimic chooses to attack, unfurling its long monstrous limbs, and slamming its trapped foes.   A mimic is able to dissolve its adhesive at-will, should it find its self outnumbered or outmatched.