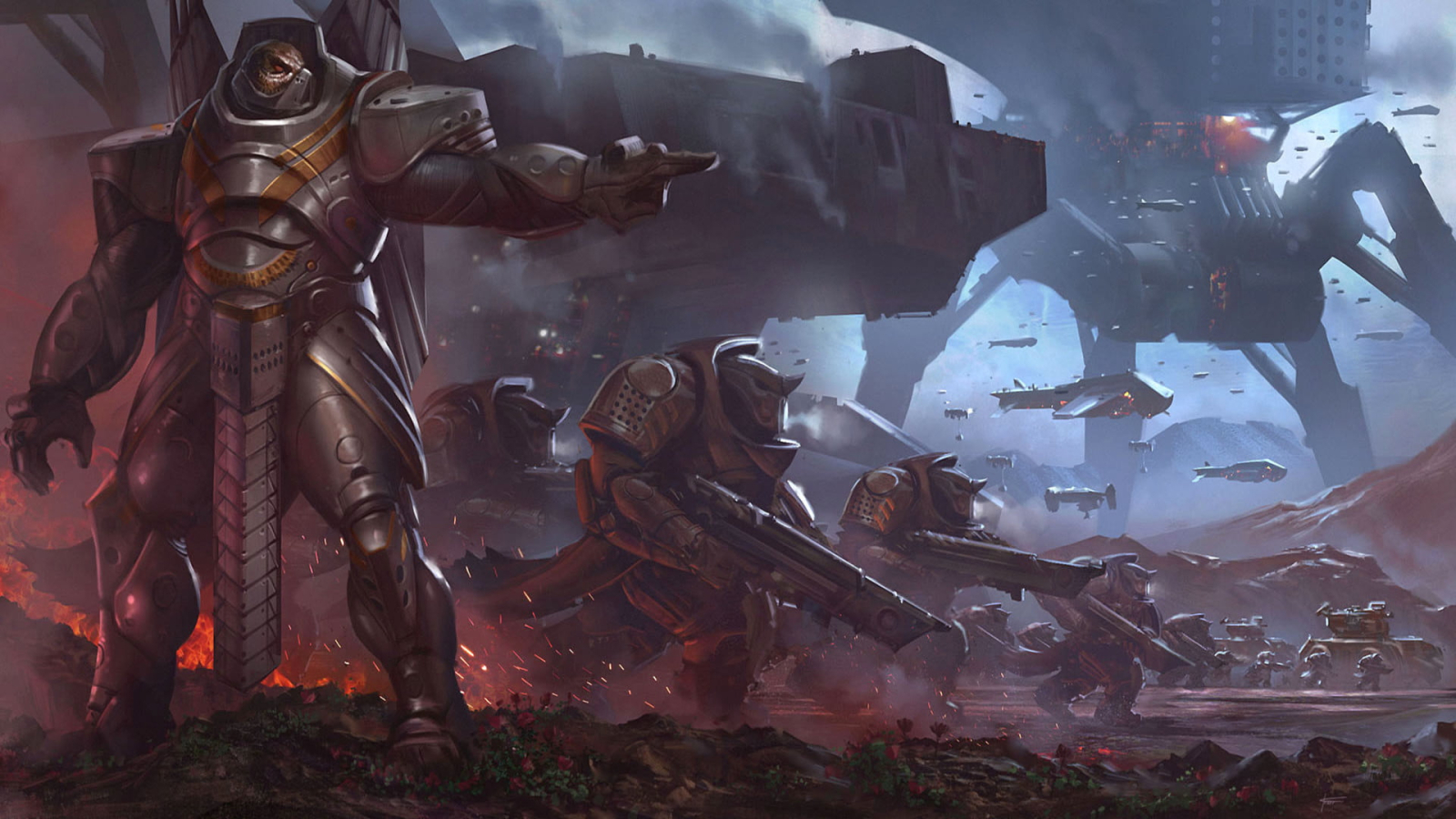 The Otrok are a race of giant bipedal humanoids with a heavy-set, rhinoceros-like appearance. Originally a docile species subservient to the Threshyk, after the rise of their Emperor, the Otrok have been reinvented as a fierce warrior race dedicated to galactic conquest.

The Otrok are a bipedal, hulking species that appear to be carnivorous, as evidenced by their many sharp, irregular teeth. They have wrinkled, leathery tan-grey skin, a tall skull, dark wide-set eyes with slit pupils, and a very high, inverted-V-shaped upper lip that exposes the Otrok's upper gums and fangs. They come from a warm, humid climate, so they have to be constantly hydrated within their suits.   The Otrok species has male and female sexes, though most species can't tell the difference, and presumably reproduces sexually. The Otrok have advanced cloning and genetic manipulation technology that has in turn rapidly changed them from their smaller, more fragile forms. The Otrok of today are living weapons, with numerous redundant organs and various genetic and cybernetic augmentations, imbued with a mysterious energy.   While some think the original Otrok are gone, this is not the case. Perhaps a form of propaganda spread by their Imperium, 'normal' Otrok still serve in many civilian roles. While the Emperor plans to augment all members of his species, time and gene-seed are precious, and preference is given to where it can best be utilized.