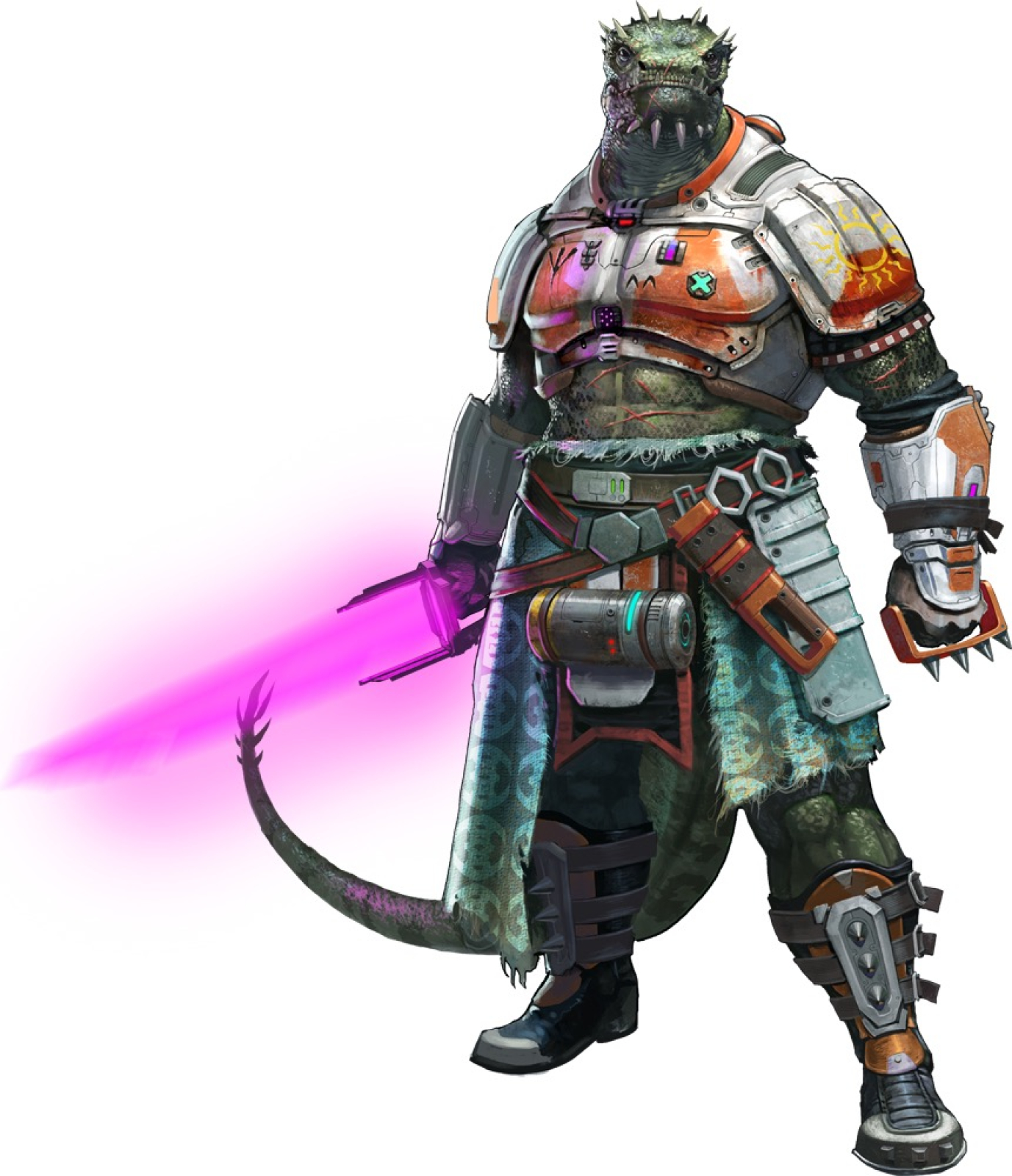 The Threshyk are a race of reptilian humanoids who once dominated a portion of the galactic North-West. After the fall of the Last Emperor, they have splintered and after much infighting, have become little more than brutes and pirates.

A Threshyk is a large, durable reptilian humanoid known for its great strength and regenerative capabilities. Provided a Threshyk survives a battle, it can regenerate any part of its body within a year. They also have minor naturally adaptive camouflage, but this has slowly atrophied over time, due to clothing rendering largely useless.   Threshyk once were a particularly fertile species, requiring rapid expansion. However, a remainder of the disease that ravaged their people has made population growth difficult for them.

Much of Threshyk history has been lost to time. Their empire is known for hitting its peak around 8500 AF, composing of over 20 star systems. They also had vassalized a number of other species. For the most part they are known for letting these species do as they wished provided they helped supply resources and manpower for the empire.   However, around 8700 AF, after the assassination of the emperor, the Threshyk civilization fell into centuries of civil war, until around 9100 AF when the Last Emperor (also known as the Fool Emperor, or simply "The Jester" depending on who is asked) united the Threshyk and reclaimed a number of their vassals. The Last Emperor, achieving power purely through force of arms, needed a new enemy in order to keep this domain together, and struck out against the Briari.   The Briari, however, were significantly more advanced than Threshyk, and swiftly vanquished the Last Emperor. Around this time, often blamed on the Briari, a disease spread among the Threshyk worlds that resulted in the death of billions. The renewed civil battle for dominance, combined with the effects of the plague, left the Threshyk utterly devastated, their survivors banding together in small groups who preyed upon outsiders and eachother, turning into nothing more than space pirates.