"When the great city started to crumble and the climate turned dry and inhabitable, people retreated to sewers of the city. There they started to breed with the fishes living in the sewers and so the mud crawlers were born. They are horrible monsters dwelling in the mud of
Sewers of Dontgotherecity and preying for poor sods getting lost to their territory. They have long lanky arms and short stumpy legs and with their long claws they pull and push their twisted bodies forward in the mud. They have no eyes and most of their face is covered with huge mouth filled with long needle like teeth and their long slithering tongues taste the air as they search for the new prey."
-From the common horror-story of mud crawlers

Unlike the stories tell mud crawlers are neither mammals nor fish, but amphibians evolved long time ago in dark caves. They also do not feed on people or another large critters, but they filter the mud through they thick row of teeth and consume the small organic particles in it.

Mud crawler has short stout body, two long lanky, but strong front limbs and short stout hind limbs, each limb has four long fingers with sharp nails. The eyeless head is proportionally large compared to the body and it withholds large mouth that is filled with fine needle like teeth and long tongue. They have small slits of nostrils above the mouth and earholes back of its head. They have under developed lungs as amphibians often have and their skin is also part of their respiratory system. They also have quite short digestive track. Their skin has sandpaper like surface that is often covered in mucus they produce from the mucus gland in the skin. In their palms and sols they have special mucus glands that excrete especially thick and sticky mucus that helps them to climb on vertical surfaces and even hanging and moving on the roof. They have also electroreceptors in the skin of their head and body, they allows them to sense movement when under water or other liquefied substance like mud.

The larvae of mud crawlers is very similar to frogs tadpoles. They have no limbs, but only simple head and long swimming tail. Unlike adults they have gills and breath underwater. As larva grows they will slowly evolve the features of adult mud crawler as the limbs and head start to develop and tail atrophy.

Mud crawlers reproduction is similar to frogs one and they go through metamorphosis. They have external fertilization as both genders lay their gametes to same body of water where the tennis ball sized eggs surrounded by will fertilize and will

Mud crawlers cannot see as they have no eyes, but they have excellent smell, and their tongues are highly evolved to collect particles from air and then bringing them right back to their sensory organs back their mouth. Their electroreceptors are highly sensitive and helps them navigate through mud. They have decent hearing that is evolved mostly to hear low sounds and they can hear lower sounds than humans, but they cannot hear as high sound than humans. 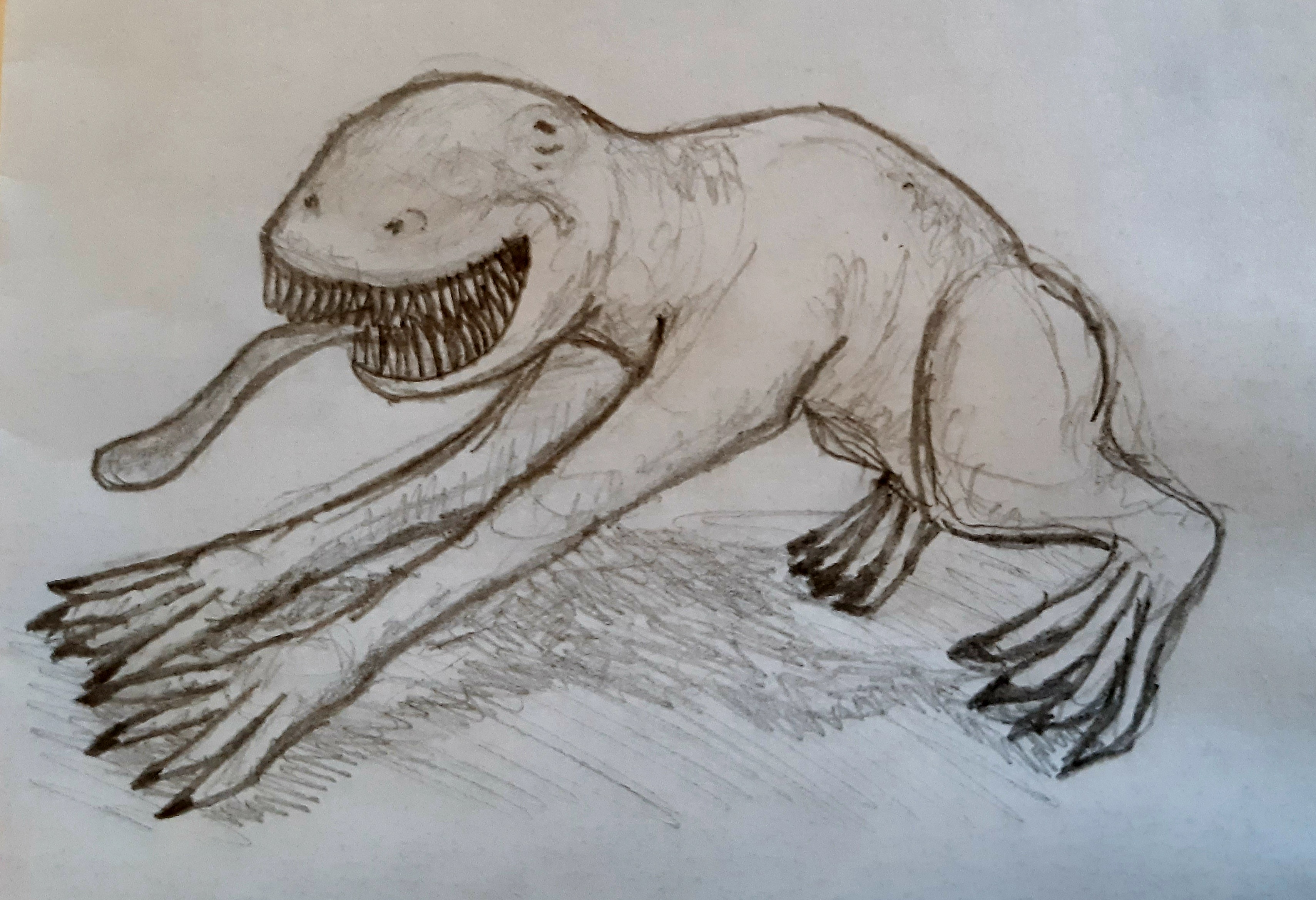