The year is 404.1 days long, broken up into 6 40-day months, and 4 41-day months, which are broken down into 5 8-day weeks each. Every 10 years there is a leap year, with 1 extra day. The months are Heatdaze (40), Harvest (41), Leafturn (40), Colding (40), Darksun (41), Icewind (40), Warmthope (41), Emerging (40), Latespring (41), and Warmbreeze (40). New Year is set on the summer solstice, which happens at the beginning of Heatdaze.   The days of the week are Kynetsday (named after the larger of the two moons, Kynett), Jyprasday (named after the second, now defunct smaller moon), Veliday (named after the planet, Velyri), Ralsday (named after the sun, called “Ral”), Starsday, Lifesday, Spiritsday, and Skysday.   Each day is 24 local hours long. Kynett takes two eight days to orbit the planet.   Jypra used to take twelve days, before it became unstable and shattered. There are eye witness accounts of its destruction. Several mention that there was a great flash in the sky, and the moon Jypra slowly became fuzzy. Over the next several days, it spread out in an east-west direction, as if it grew wings. These wings faded over the span of several months, leaving a smaller fuzzy orb, which continued to shrink until, two years later, it was no longer visible at all. So of course the myths that arose from these accounts tell that Jypra flew away; the primary way in which they differ is why. 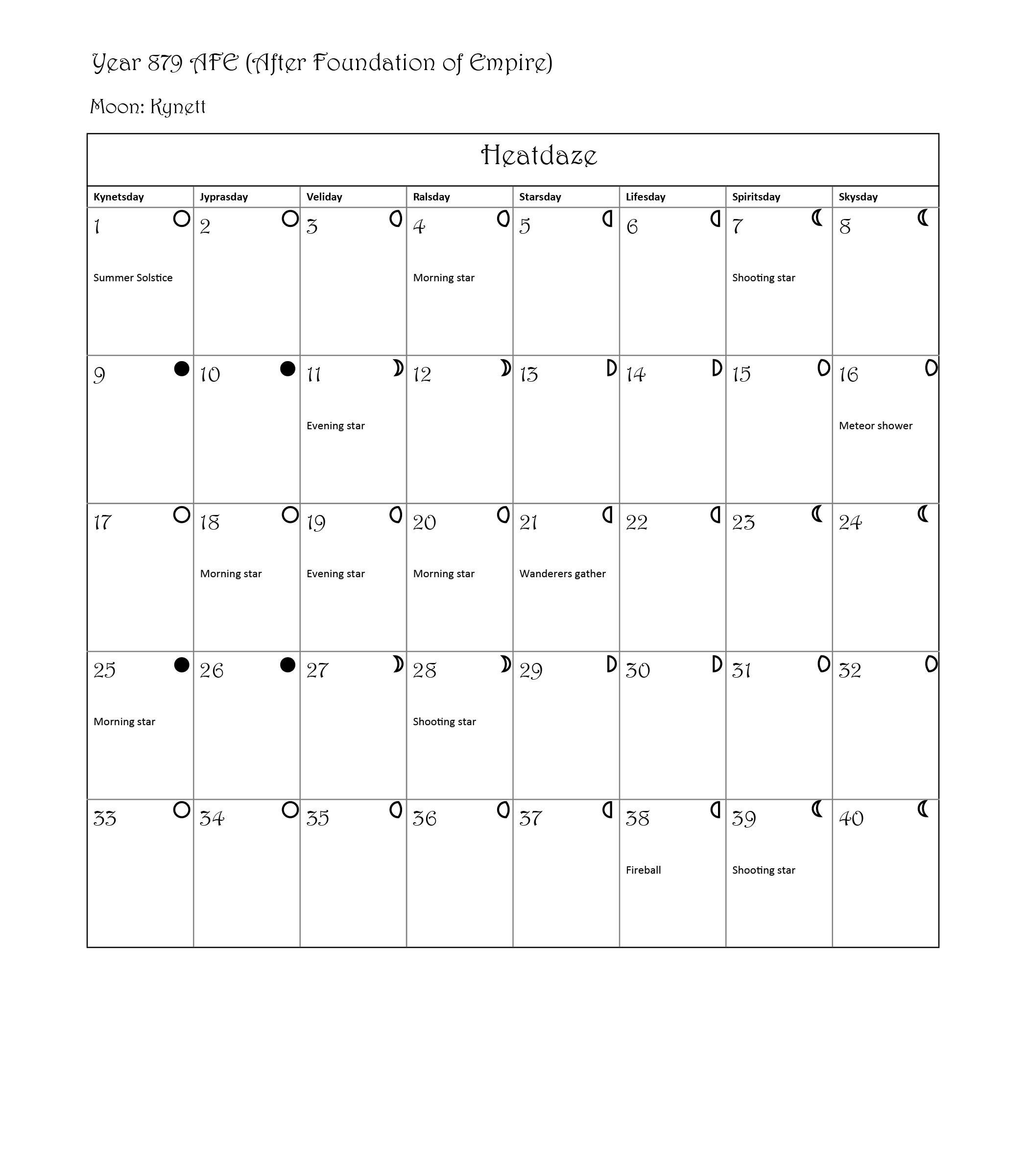 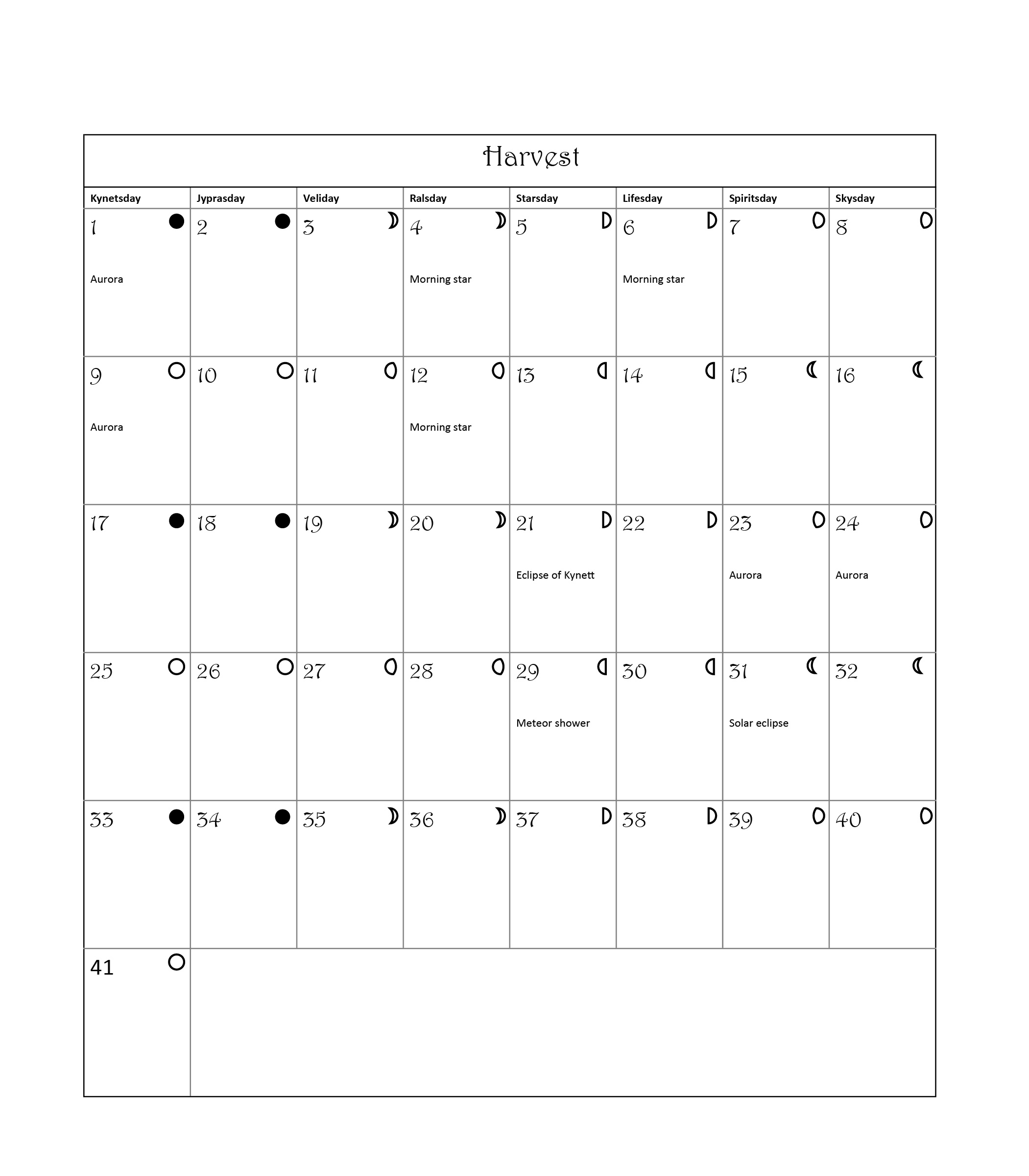 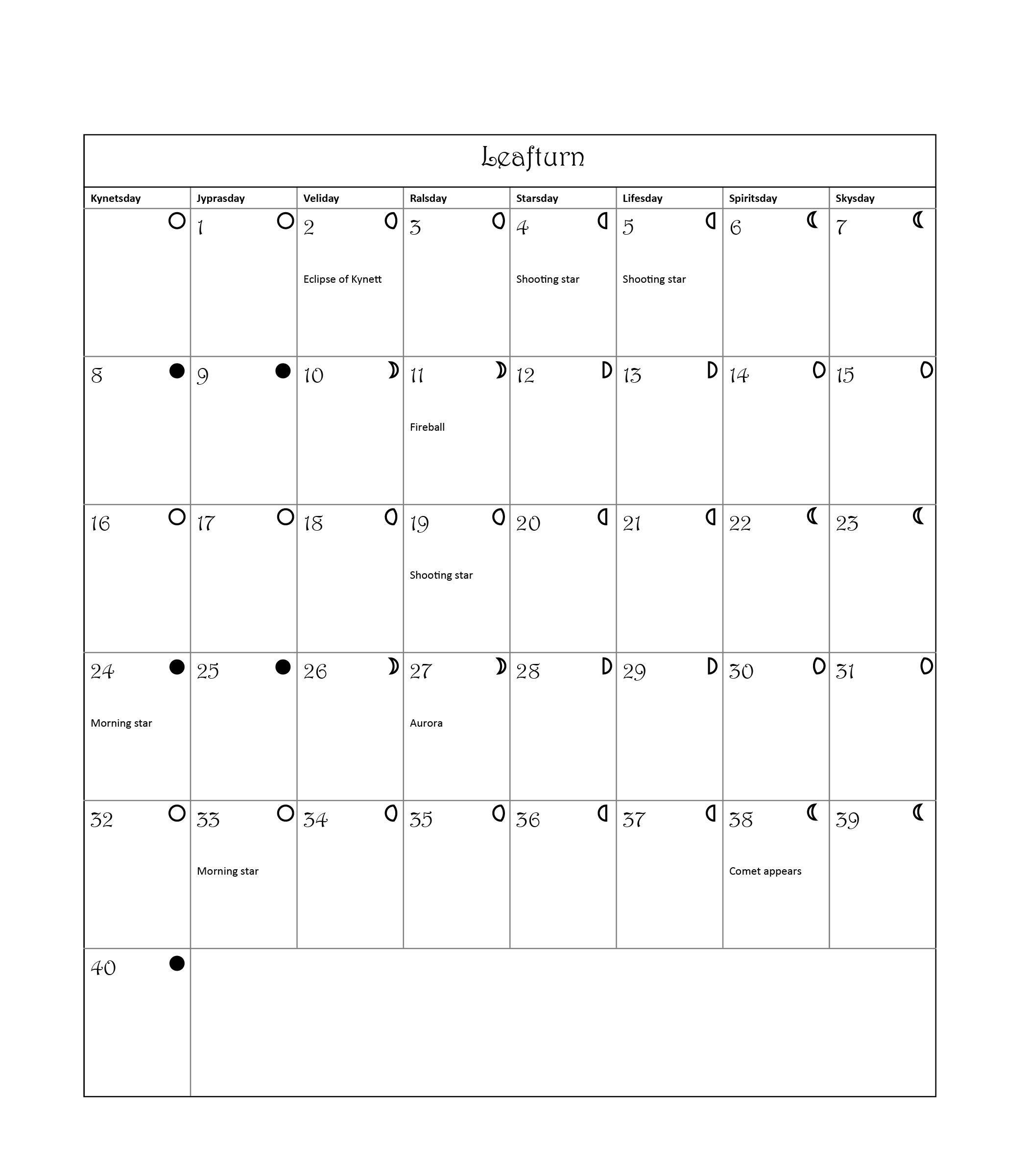 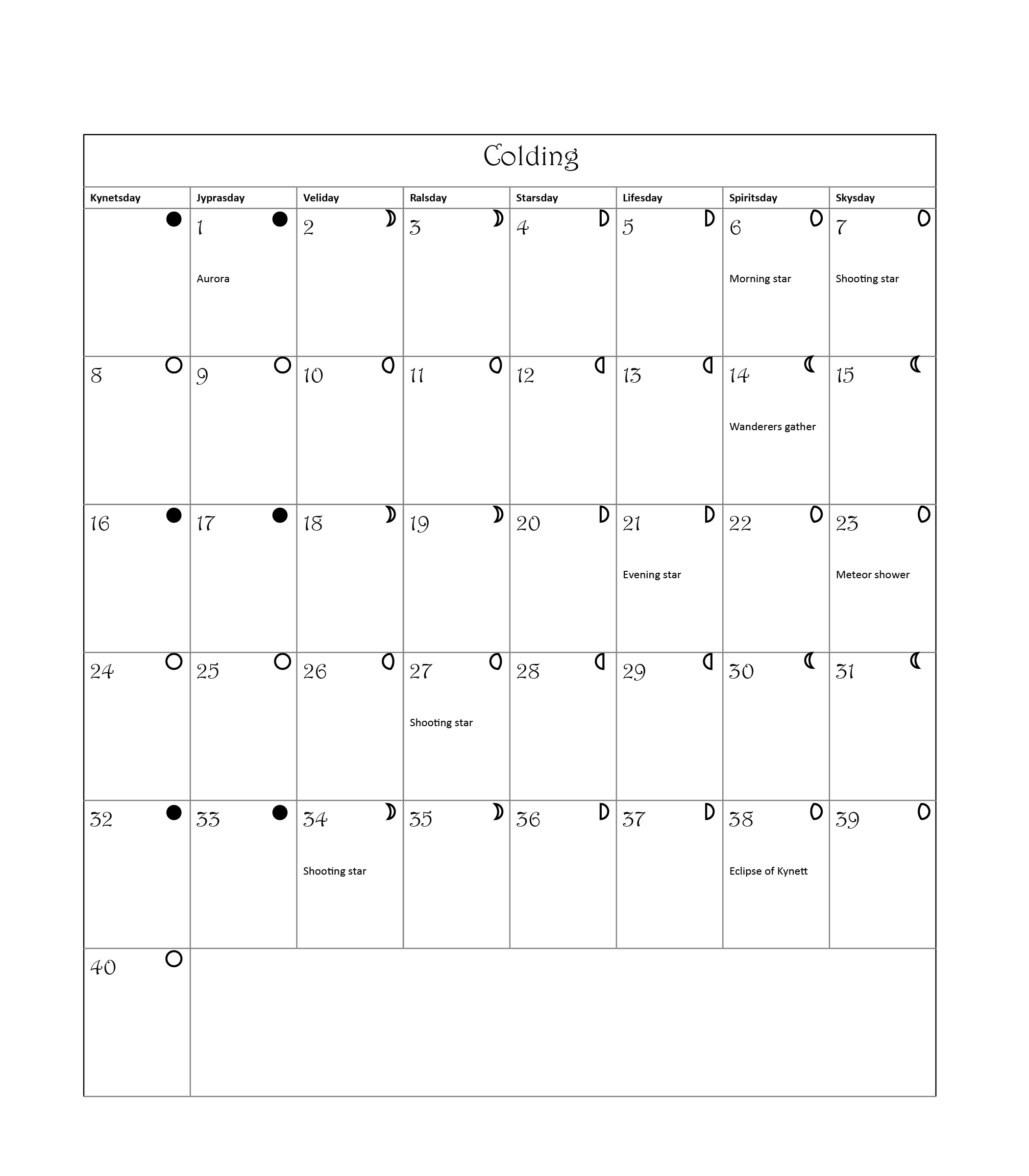 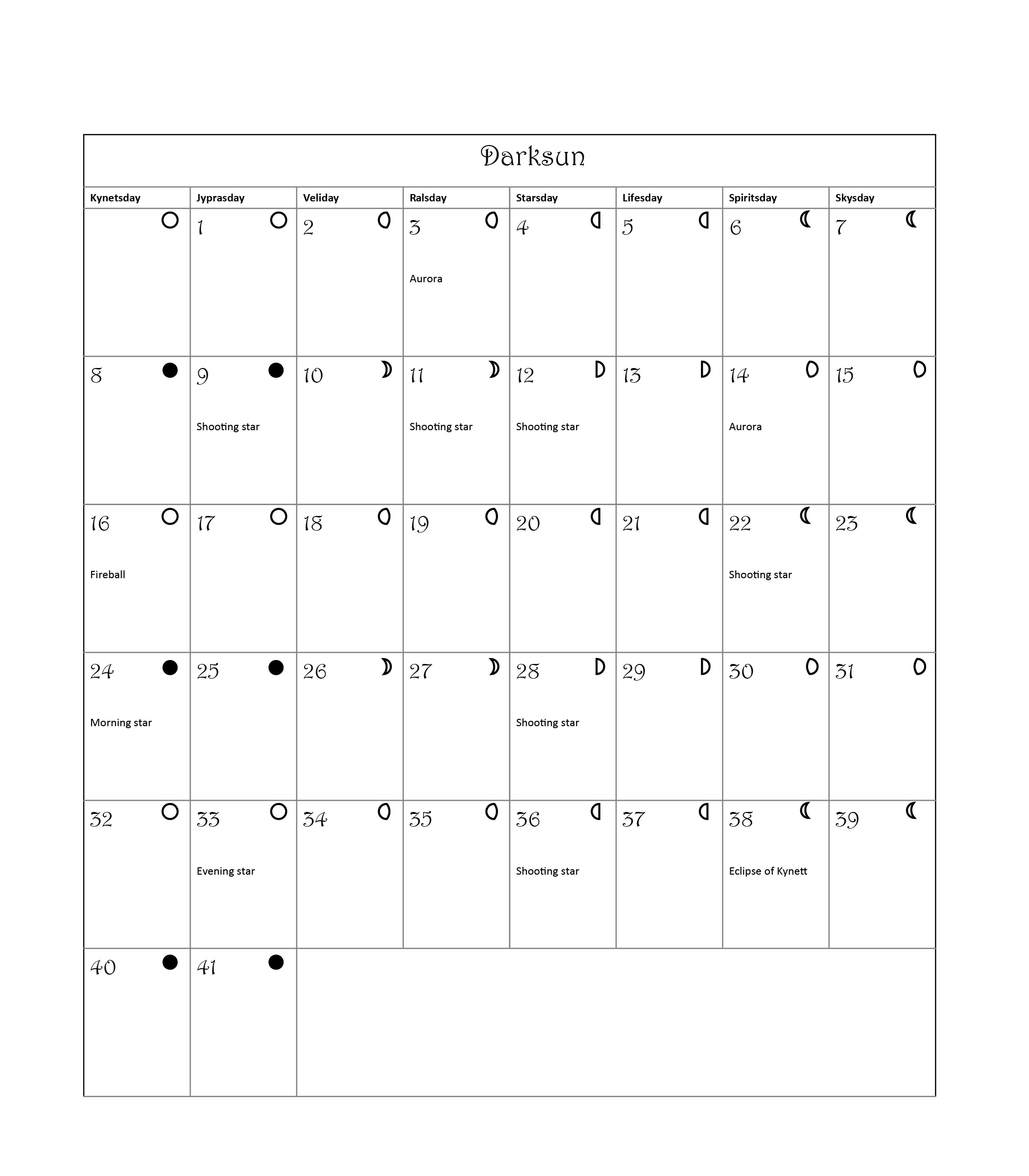 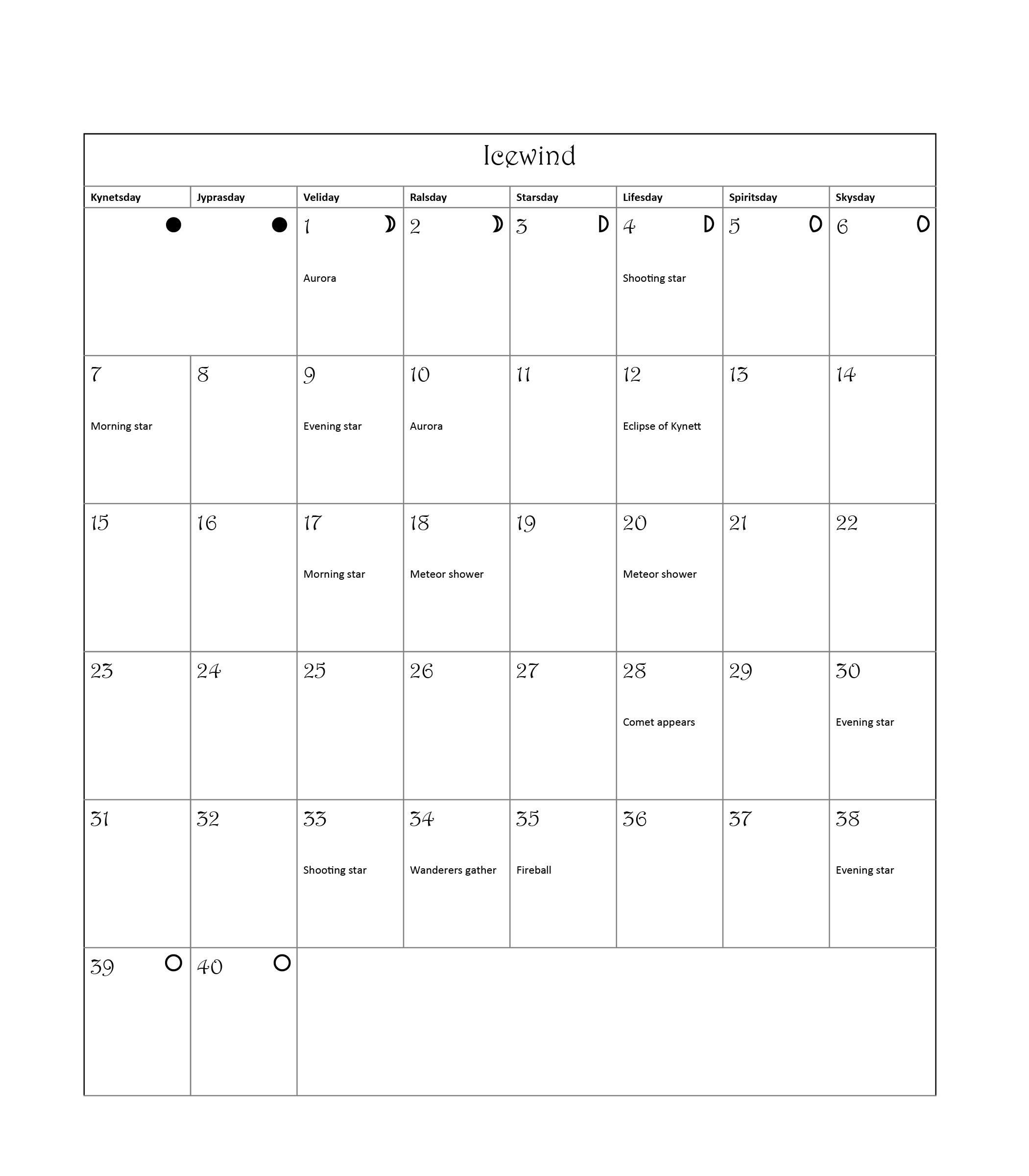 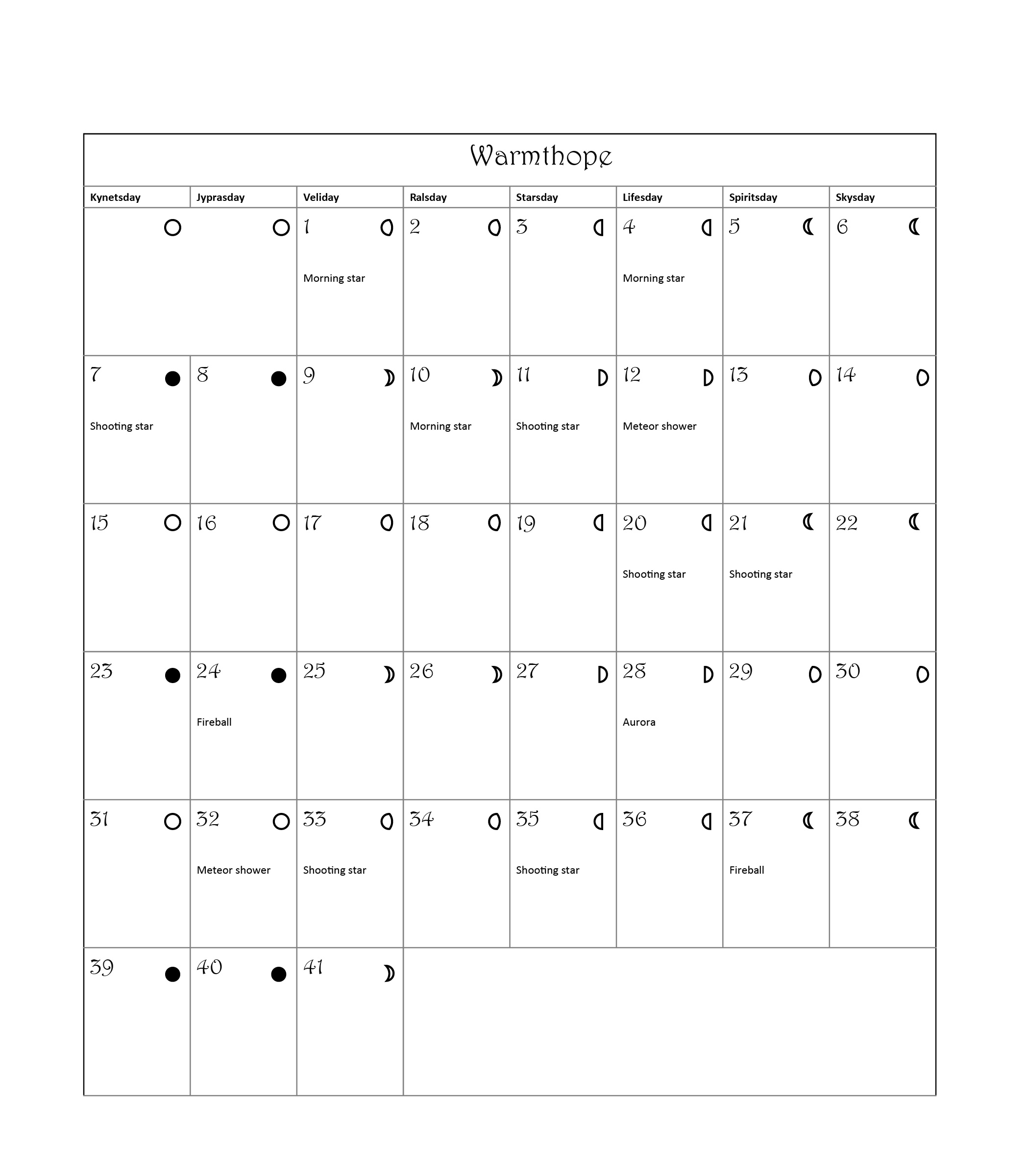 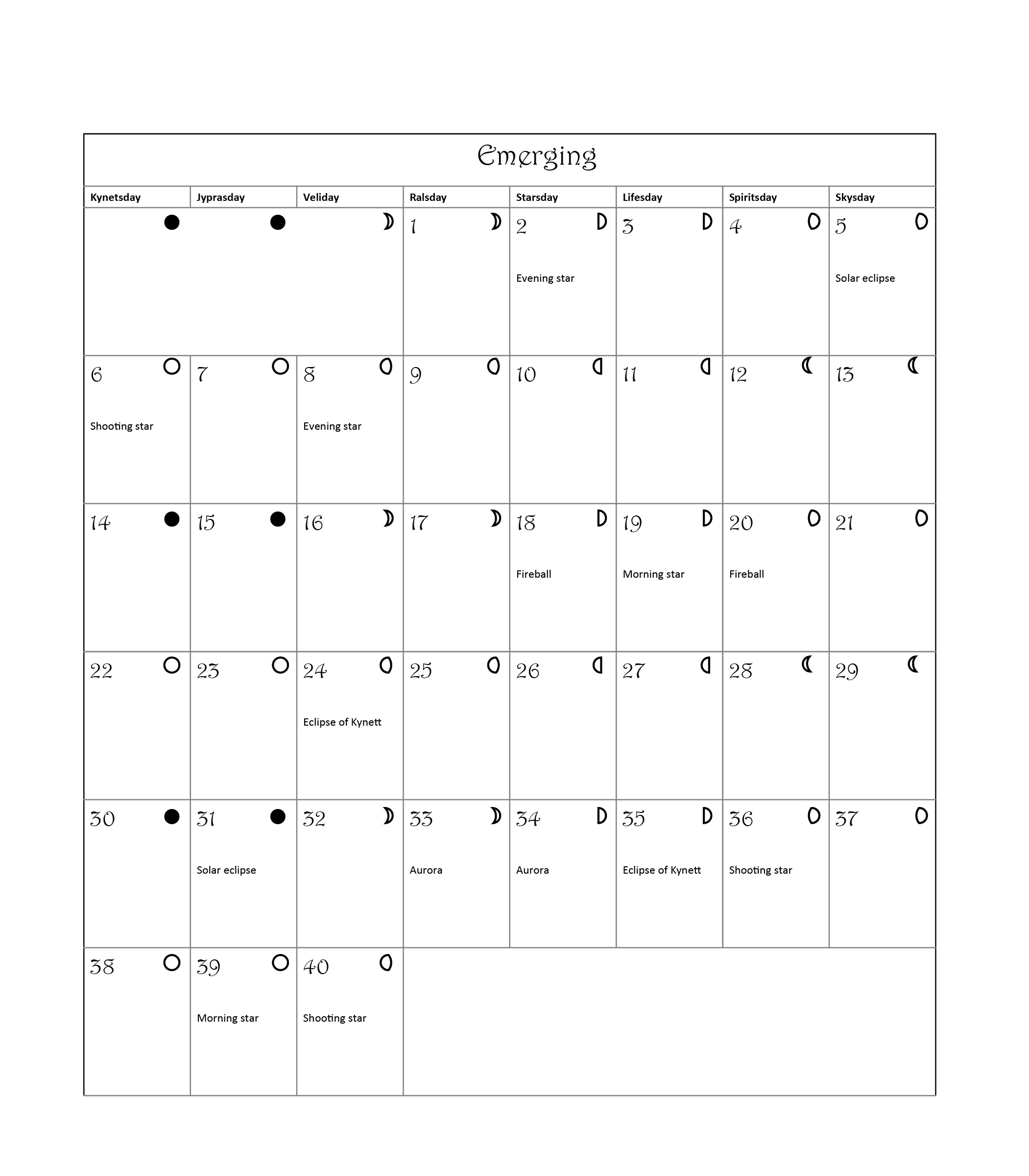 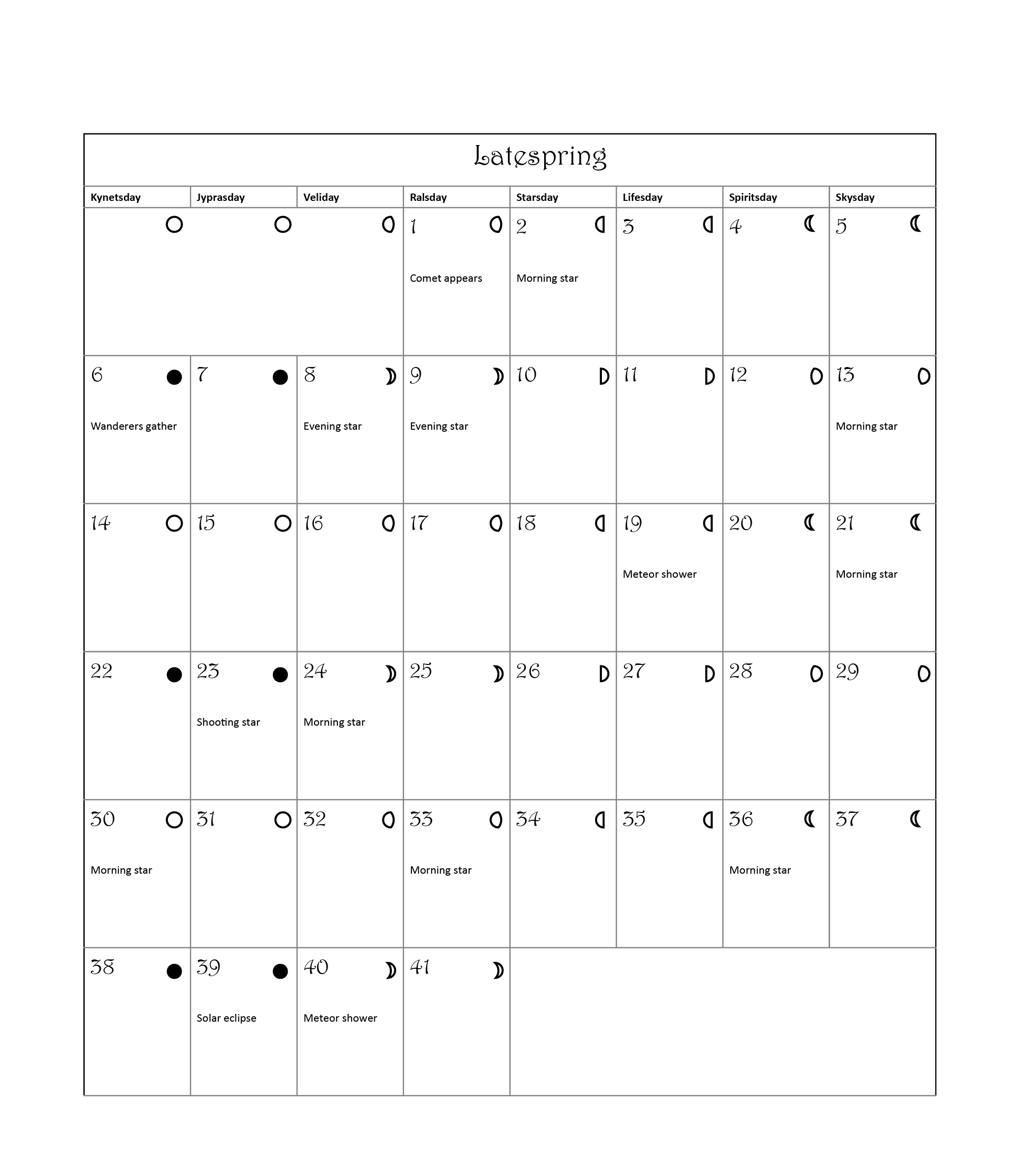 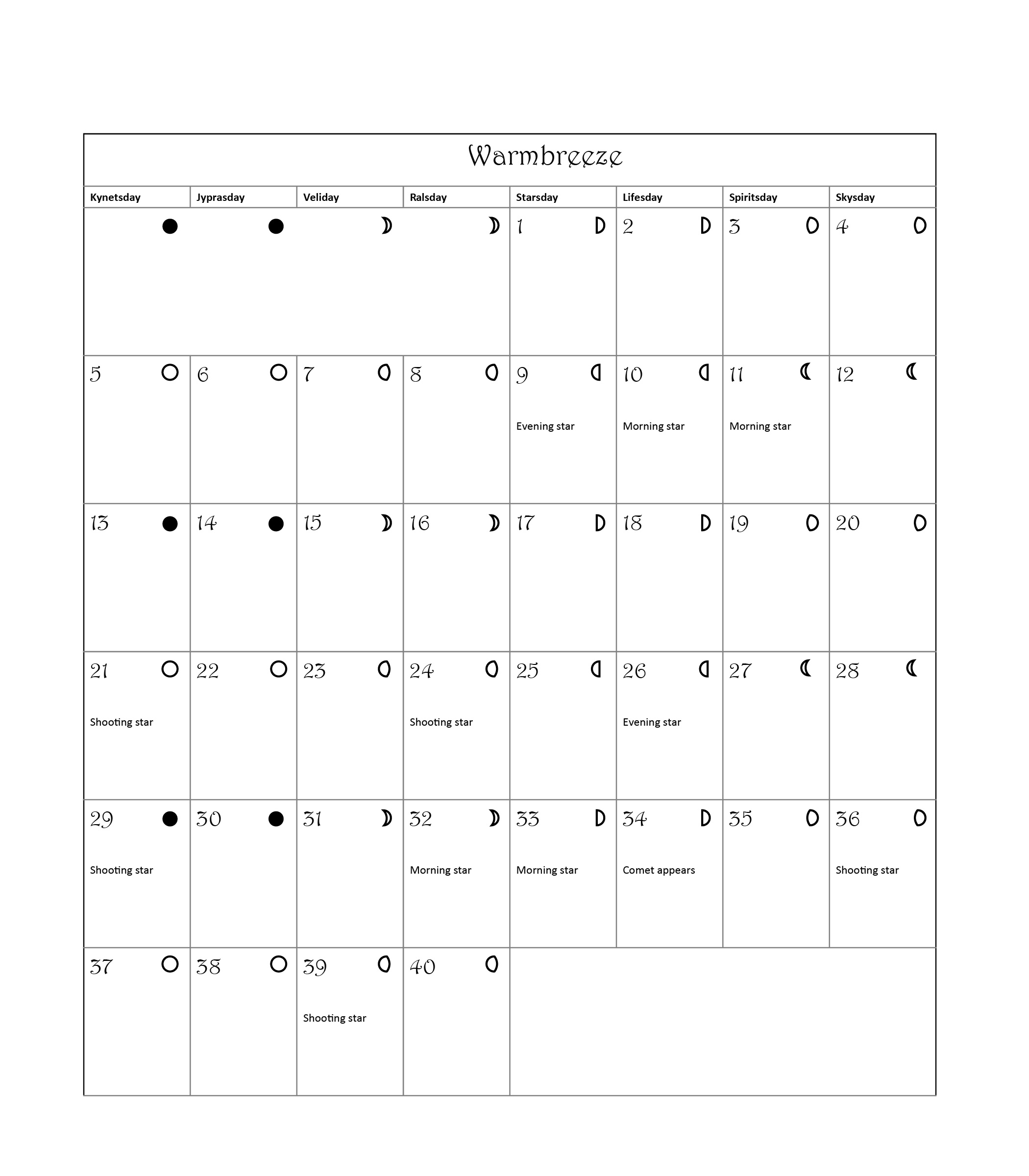