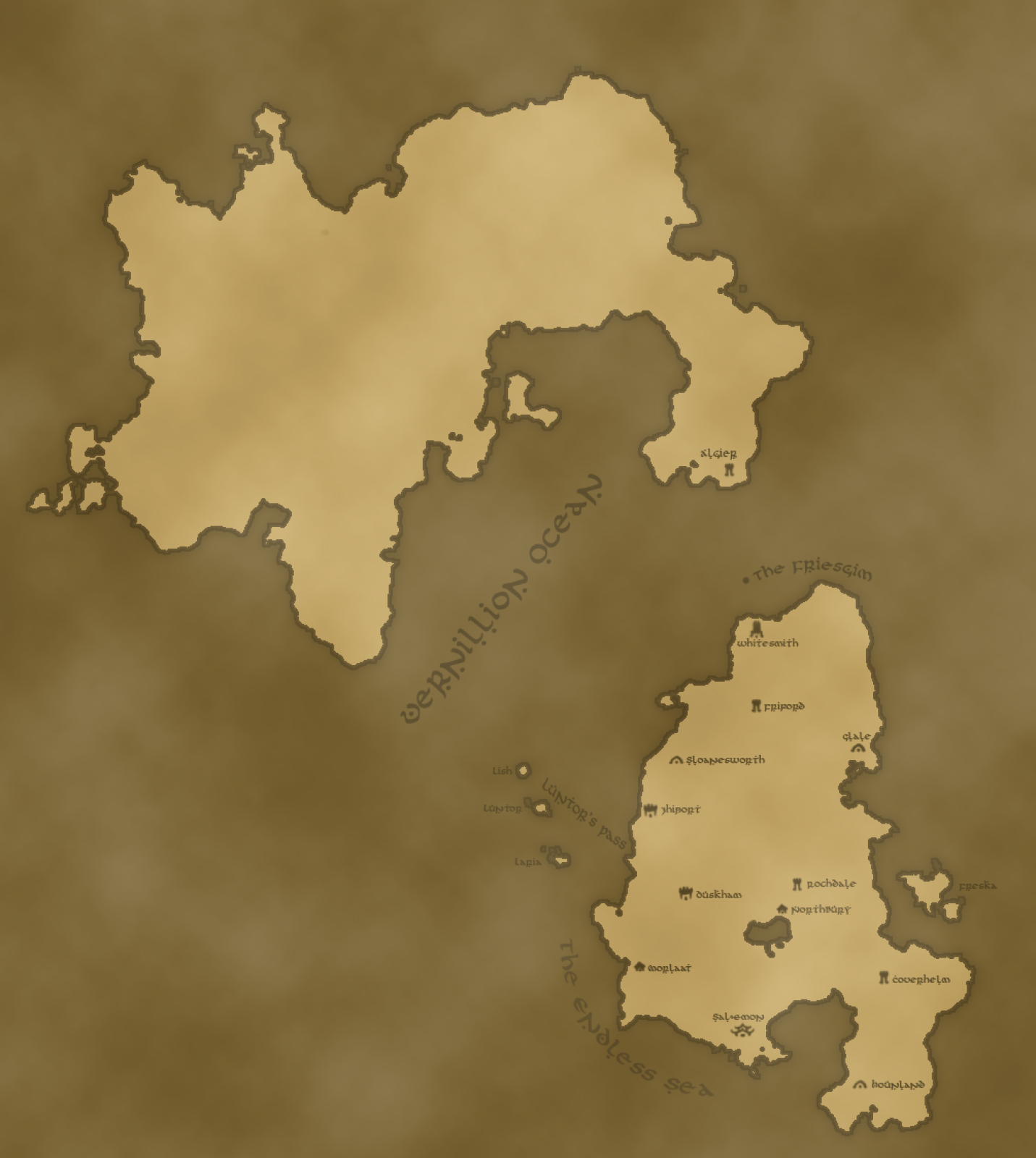 Billeh007
This is the world I designed for my Dungeons and Dragons campaign. It borrows heavily from standard Dungeons and Dragons, but it also borrows from the Dragonlance Chronicles and from other small things outside of these sources. Some specific sources that Ruten has taken materials from outside of base Dungeons and Dragons and the Dragonlance Chronicles include Critical Role's first campaign, the Forgotten Realms, and various video games including Skyrim and the Legend of Zelda. While many of the articles will be my take on various creatures from D&D and other sources, many of the other articles are creations of my own design.   Ruten is a high fantasy style planet that has been thrown into significant chaos due to an event lost to time nearly 10,000 years prior. While the event itself is unknown, its effects can be seen across the planet's surface, with many monstrous creatures rising up from seemingly nowhere, along with the resurgence of magic in heavy quantities and vast changes to the natural landscape. It seems that, despite the world not knowing the events that happened, the gods remember, and both good and evil seem to be making moves across the planet in accordance to such an event.   The main story follows the Heroes of Reshnia, a once ragtag group of adventurers who have evolved into heroes on their home continent. This group consists of the players' characters, along with the group of NPCs that they work with, though they're primarily known as The Red Scars.   If you are interested in helping me write my campaign, or if you would be interested in helping me design homebrew to be released as free supplements to the public, please let me know over the World Anvil Discord. My username on there is DrTinyFace, so just send me a friend request and a message! You can also contact me via my Twitter or my Twitch, which are both listed on this page.

Just a dragon gal searching for pals on this crazy and exciting adventure! Cheria loves music, especially performing it. Oh what fun she will have!

Half goblin, half gnome he is the most noble of all Gnoblins thus far, though that means very little about his moral integrity.