The guildmaster Trostani - three dryads from a single tree - speak the will of Mat'Selesnya to the Conclave masses. Beneath them, all members of treated as equals. They are grouped by role and intent, without hierarchy.

The Selesnya are tasked with natural conservation and charity works. Practically, they maintain agriculture alongside the Golgari Swarm, raise livestock, and cultivate the city's gardens and greenery.

The Conclave preaches humility and a shared world. Consequently, they boast no traditional assets. Their militias are skilled, but their troops don't fall into formal, quantifiable regiments.

The Conclave has mastered flora architecture, which is the practice of magically affecting how a plant grows. The vast majority of their buildings and housing complexes are built in this way.

Selesnya View on Other Guilds

In the Selesnya vision of a perfect Ravnica, the guilds would be abolished and all people would live in harmony with nature and each other. Until such a vision comes to pass, the conclave judges the other guilds against that standard of perfection.

Azorius: "All their laws are meant to create a semblance of the unity that binds us already. If they would only be still and listen to the voice of Mat'Selesnya."

Boros: "Sooner or later they will tire of their fighting, and when they do, the gentle embrace of the Selesnya will be there waiting for them."

Golgari: "They wallow in filth and rot, too preoccupied with death to appreciate the bliss of life's connections."

Gruul: "They are a desperate echo of what they should be, reaching blindly toward something greater. Such a waste. And a smelly, unreasonable, destructive one at that."

Izzet: "The path to unity doesn't lie in the oppressive control of a massive ego like the dragon's. The Izzet can tinker and meddlea ll they like, bu they are doomed to failure."

Orzhov: "An endless stream of grasping hands, reaching for more and more, pursing their individual ambitions at all costs - even from beyond the grave."

Rakdos: "They laugh at tragedy and wallow in pain, Eventually, they will submit to Mat'Selesnya. Until then, they must be contained.

Simic: "They chart a twisted course of warping and mangling life and nature. Yes, we must grow and adapt, but nature will take its own time in completing that task.

The Conclave practices a form of meditative animism. They believe that every natural life has a spirit and that those natural lives are called to revere and honor this ideal. They believe that these spirits are the highest self and that the ability to manifest a spirit shows strength of soul. Dryads are universally selected as community leaders within the Conclave because they are the manifestation of tree spirits.

The three tenets of Selesnya worship are embodied in Trostani: Life, Order, and Harmony.

Meditation is the core of Selesnya worship. Hierarchs teach that any act can be meditative, from gardening, to preparing a meal, to disciplining children, to celebrating a birth, to sitting alone in silence. Selesnya practitioners strive for peaceful awareness in all that they do.

Hierarchs lead worship and meditation within an enclave. There is no central authority for worship.

Whether a member of a Selesnya vernadi or not, those who follow Selesnya teachings live humble lives centered around nature, inner peace, and outer harmony. 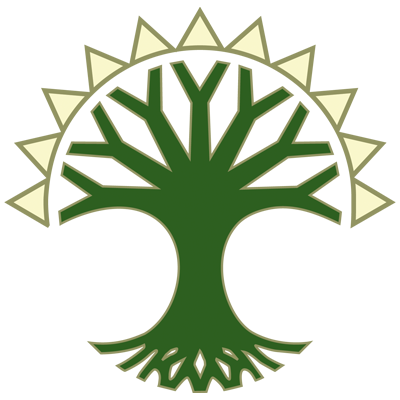