Risen alongside the Fall of Lady Death, the Unfallen were once considered a scourge across the land; monstrous creatures that hunted the living.
After her return, thousands of these monsters regained their sophonce. Confused, surrounded by death, and often in a great deal of pain, these new, sophontic Unfallen were forced to find their way in a world that hates them. 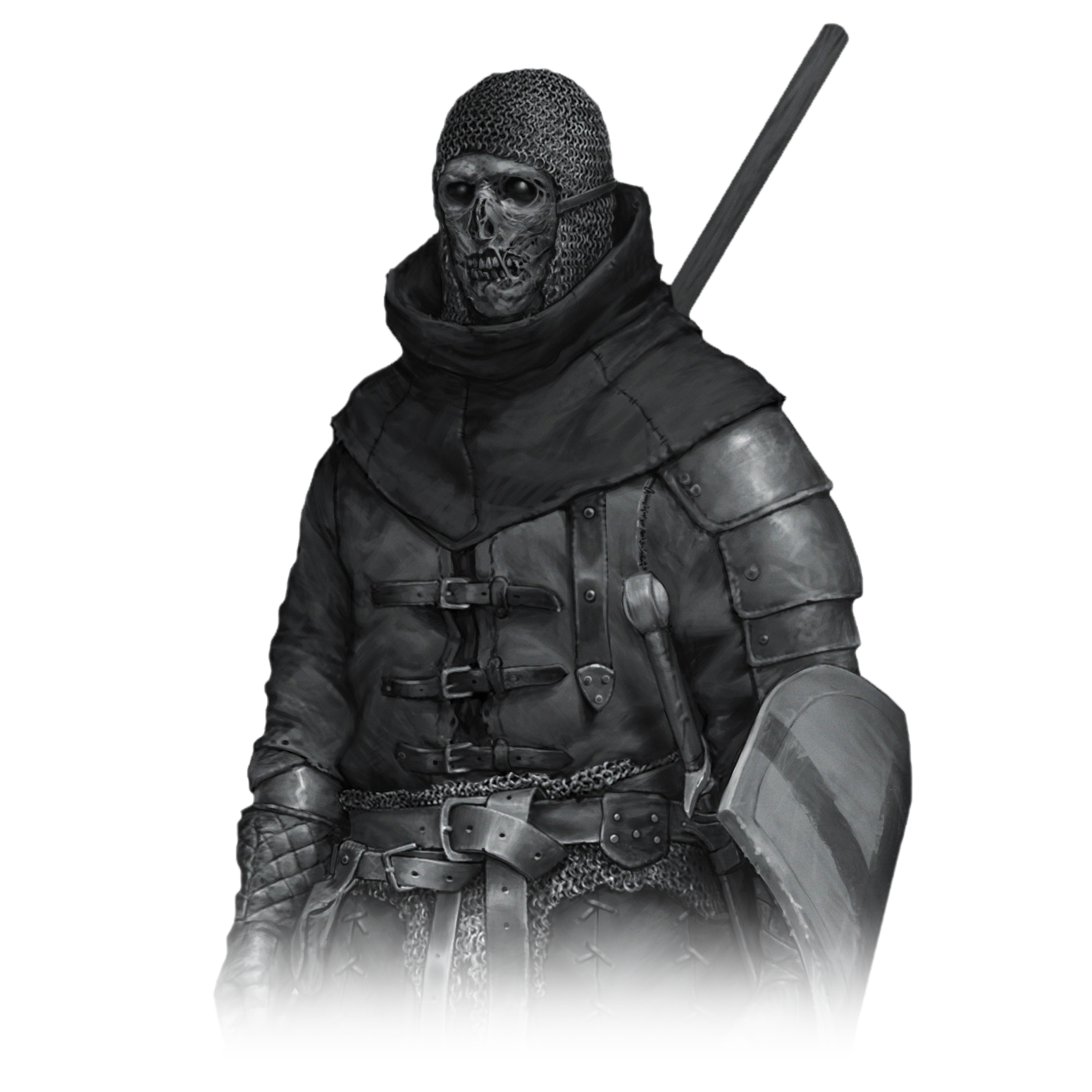 As Lady Death was struck down, her power over the boundaries between life and death faltered. Burning from both everlasting flame and rage against the living, her hatred fuels the dead to rise again and hunt the living. Most of that rose to her call rose as mindless undead fueled by the same rage that awoke them from their slumber but those with strong enough wills were able to maintain their sophonce even through death and undeath.
What seperated the Unfallen from the common undead rabble was how they functioned as a collective whole. When in large groups, these Unfallen could begin to understand their purpose in the world and their allegiance to Lady Death. Alone these mindless creatures were a simple menace, but together they were able to construct monuments of bone and flesh to wage proper war against the cities of the living. Life on Solith faced extinction.
When Lady Death finally arose from her burning cradle, many of the Unfallen were able to regain their sophonce without the dreadful purpose given them to by their creator's rage. Now existing without purpose, most Unfallen can be found traveling Solith in large hordes in search of places uninhabitable by the living so that they may live in peace.

Lifespan
Thought Unfallen do not age, eventually their bodies rot away after 50 to 60 years.
Height & Weight
The size, shape, and weight of an Unfallen depends on what species it was before death. However, most Unfallen weigh significantly less than their living counterparts.

Before their awakening, Unfallen would gather in massive groups describe by the Gravehunter's Guild as "Hordes".
Now that many of the Unfallen travel in massive groups in search forgotten ruins to call their own the Unfallen now use this term to describe their various nomadic groups. Each individual Horde takes up a name based on the location they were first formed such as "Horde Gorgewald" or "Horde Redpeak".

The High-Exarch of Death, Change, and Sanctuary. 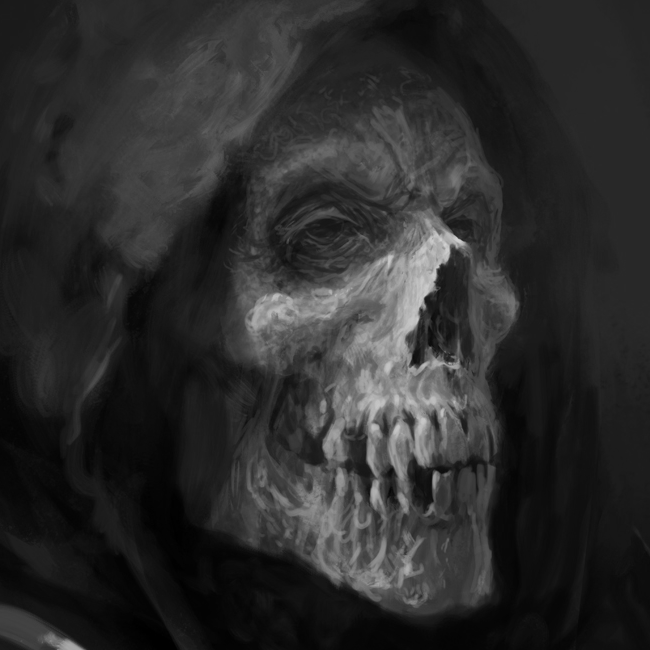 Desiccated flesh, open wounds, and exposed bones are the hallmark of an Unfallen regardless of their original species. Most Unfallen take great care in preserving their bodies through various embalming methods and careful removal of any rot or necrotic flesh. To reduce the smell of decomposition, the removal of organs has become such a commonplace amongst Unfallen that specialty doctors, known as Rot Butchers, have become a requirement for a functioning Horde or Unfallen settlement.

When creating an Unfallen, remember that they were once a member of the living and their description will be dramatically changed by what species they once were. All Non-Construct Sophonts can become Unfallen.

With their past crimes still fresh in the minds of the living, the Unfallen are forced to live isolated lives finding their only companionship in the decaying arms of their fellow undead. Most living settlements disallow Unfallen to live alongside them. Fortunately for the Unfallen, their undead physiology allows them to survive, and even thrive, in places the living could not.
Through isolation, the Unfallen communities have become very self-reliant and take pride in their ability to care for their own. While the many species of the living still squabble and war over their various shapes and ideals, the Unfallen understand that only as a collective can they survive the harsh reality they must endure. No matter your origin species, you will be accepted by your fellow Unfallen.

With no true place to call home, Unfallen have taken it upon themselves to establish settlements in places uninhabitable by the living. These cities are known as "Haunts" and are avoided by most of the living.

Apply this race as if it was a subrace of another race.
Unfallen are undead created by Lady Death herself. Though they have gained their sentience, they are still feared by the world and treated like monsters. Playing this species puts a massive disadvantage on your social capabilities and should only be played by an experienced player.
Undead Fortitude. If damage reduces you to 0 hit points, you must make a Constitution saving throw with a DC of 5+the damage taken, unless the damage is radiant, fire, or from a critical hit. On a success, you drop to 1 hit point instead.
Undead Physiology Unfallen Visage. You have disadvantage on all Deception (Charisma) and Persuasion (Charisma) checks and advantage on all Intimidation (Charisma) checks against Humanoids.