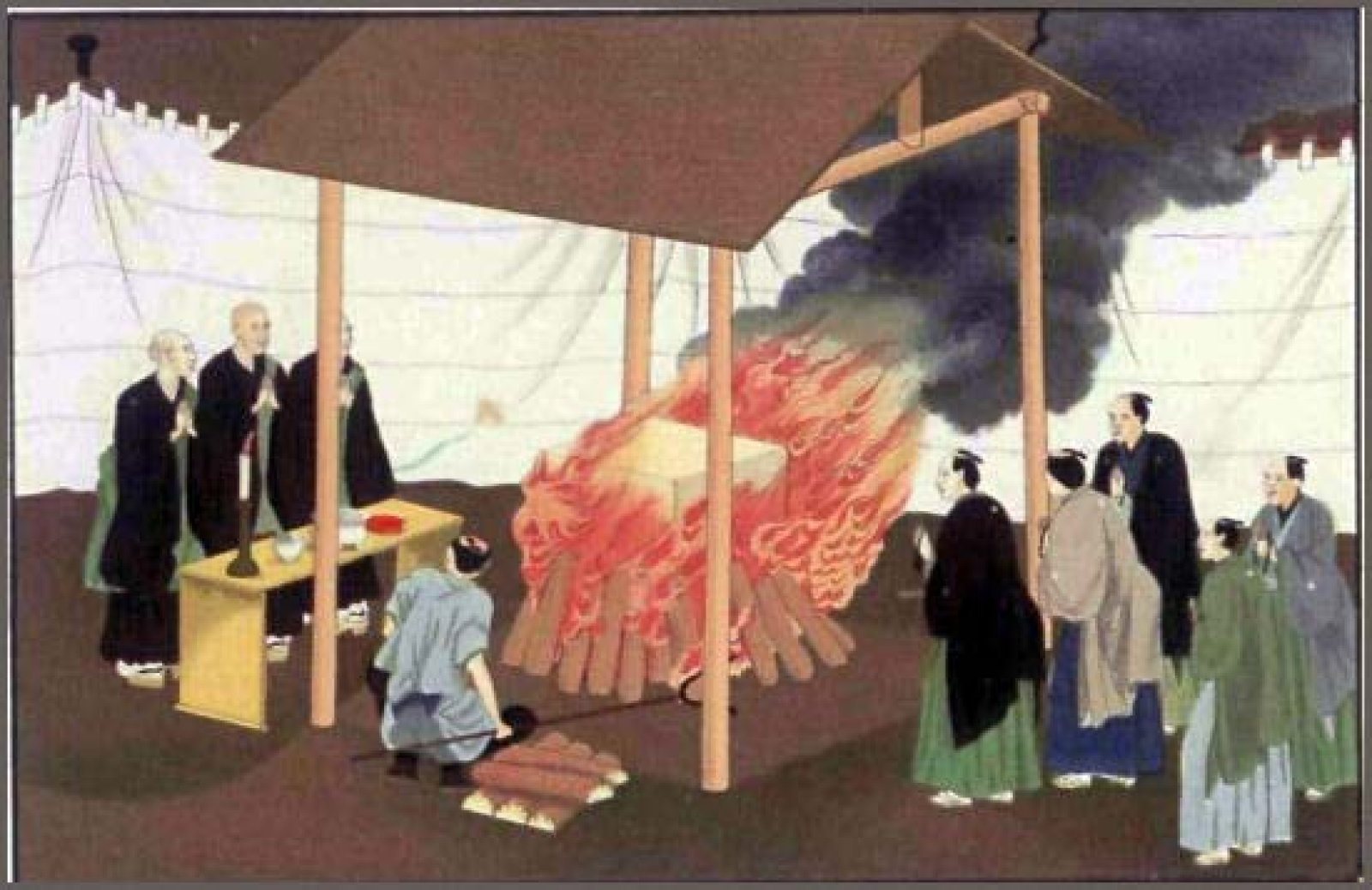 First, the body is laid to rest in a comfortable place with candles or a flame, known as the Final Flame. It is said these flames distract the spirits, who will dance in the flames until the body is purified. Salt is also poured at the doors and windows of the home to prevent the spirit from exiting.   Once a cleric can pass rites upon the deceased, the body is moved to where it is to be interned. This can vary widely due to the wishes of the deceased, the amount of money of the family, or the desired method of internment.

Regardless of method, the deceased would be given money as a toll to the afterlife. At the end of the ceeremony, the candles/flames are finally snuffed out. If there was a cremation, the family is expected to take the bones of the deceased out of the pyre with chopsticks, and transfer them to an urn along with the ashes.

Candles or a flame of some type. Sometimes a boat, sometimes a pyre, oftentimes chopsticks.

A priest or cleric, witnesses, and maintainers of the Final Flames, and sometimes a ferryman.