A nation wearing the defaced facade of a confederacy. It's a terribly kept secret that Lliaq, in truth, runs the whole of it— refusing to call themselves conquerors out of some strange sense of pride.
— A Rektouzk trader 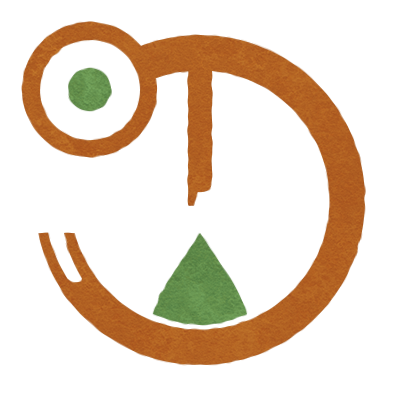 Throughout the red rock of Cipou Canyon, along the life-giving waters of Cipou River, four city-states have weathered the ages. Each, carrying their own ideals and beliefs. Long ago, the Kyteux had claimed these lands, but were driven away to the peninsula in the north. Still, they covet it, and still, they launch attack after attack— attempting to take back their holy river. Over hundreds of years, time and time again, various groups drove the invaders out.

Eventually, the city-states of Aeuto, Hontuali, Poltoul, and Lliaq banded together to repel the largest recorded invasion from the Kyteux nation of Ponouli. Lliaq led the initial charge, and with its wealth and military might— it was easy to convince the other city-states to join them. However, after the threat was repelled, and the armies of Aeuto, Hontuali, and Poltoul were weakened— and Lliaq continued to exert its influence over them, having already possessed greater forces— which were withheld from the battle to create just such an opportunity. Lliaqeu forces soon posted themselves within the lands of the other city-states, and the new nation was named Zilopnou, after the Lliaqeu king who had passed in the war.


Those lying dogs, they pulled us in— made us believe we were working together to defeat our mutual enemy. If only we had known then that we, too, were the enemy.
— Aoutizech, Aeuto general


The End of an Era

In the year 3511, Lliaq was attacked by an enemy they could never have anticipated— the great nomadic nation of Ytzklapon riding along the back of the very being they worshiped— Ytzkla. With the bulk of their military defending Choxoli Noul to the north from yet another Ponouli attack, and suppressing the rebellious military of Aeuto— few were left to defend the great city. The pale lizard ate well that day, and Lliaq was no more— naught but a pile of rubble and bite marks in the ground. Those who survived fled elsewhere, some established a colony within Tchaoxlik, others ran off to Rektouzk or became citizens of the other city-states, some prideful few— refusing to admit defeat— became brigands, plaguing settlements throughout the land.

Ruled by two kings who were elected by six governors. These governors were elected by public assembly, which were open to all people of age residing with the city proper. "Of age" being seventeen.

Overseen by eight leaders voted in by an aristocratic assembly. Nepotism and bribery are common.

A monarchy, the Tichan is appointed by a ritual in which all candidates enter a dangerous cave, and the new Tichan is whoever comes out the other end alive first. In truth, the ritual is rigged by Lliaq.

Run by the dyers guild, who— now protected by Lliaq— are comfortable simply pursuing their trades and leaving matters of governance to them.


Typically, only the brightest Lliaq educated adults are eligible to pen laws within governing houses called outnalteu. Court hearings are held by jury. Who, exactly, is allowed within any given jury depends on the city-state. In Lliaq, all adult citizens are eligible. In Aeuto, only aristocrats may enter. In Hontuali, "trusted" citizens only— effectively, their courts have an official outside the doors who decides who gets in. Poltoul gave Lliaq control of their courts long ago. 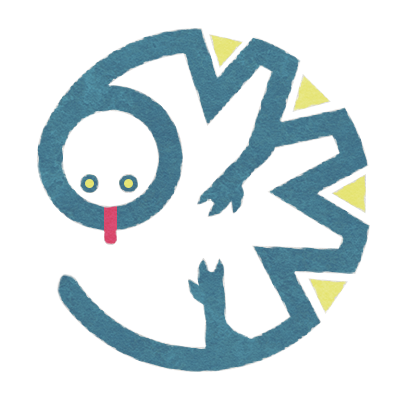 The bulk of the nation is built from the red stone and mud found throughout the canyon, sloped walls are common sights. Dried mud bricks, mixed with straw and formed with timber frames, make up the main structure of most buildings. Over this, a similar mixture— without the straw— is used as a plaster over the brick, giving the finished structure a smooth appearance. This material has an added bonus of taking a long period of time to absorb and remove heat— making it ideal for the hot days and cold nights throughout Cipou Canyon.

Most roofs are flat layers of compacted mud and gravel, placed ontop of a viga. For those without easy access to timber, and who are able to track down a skilled mason— rounded stone roofs dot the skylines of Zilopnoux settlements— often being dyed in more affluent areas.

The Lliaqeu put more color into their structures the the Hontualieu are wont to, with colorful geometric patterns along the edges of their buildings, dying the walls or roofs, and integrating colored tiles along the walls and floors. Hontualieu structures are constructed similarly, and are also often found within the cliffsides, some carved directly into the walls, and others simply using them as one wall. Only the major cities— save for Poltoul— surround themselves with walls.

Zilopnu occupies territories from the north end of Cipou Canyon, down south where it meets the sea, and bordering Rektouzk along the Tchlnox Mountains to the east. Lliaq, ultimately, controlled the assets of each city-state within this territory. The Cipou River acts as the primary route both for domestic trade, international routes typically take advantage of the sea, instead. 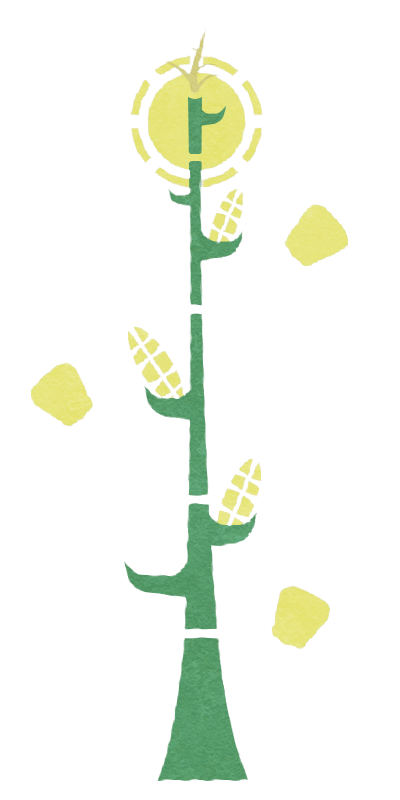 From the heart of the land

Silver, iron, and copper mines throughout the nation filled both their pockets and their armories— and a mutually beneficial trade agreement had been struck with Rektouzk which gave them access to the wealthy nation's tin— allowing for the mass creation of bronze arms. Other mines lie about, excavating construction materials from the red cliffs themselves. The Tchoul Salt Flats gave access to more preserved foods, and kept their armies going when they were away from home.

Fertile farmland around the Cipou River delta kept their armies fed, as did the land of the other city-states. Many of the city-states grow yntxol fruit in some capacity— of course, Aeuto and Lliaq were able to produce the bulk of the demanded fruit. Maize plays a key role in the cuisine of all, and is the most commonly grown crop throughout the nation. The contuil birds of Poltoul made for colorful dyed garments, both for the armies uniforms, and for the nobles of Lliaq.

A sizable navy sat poised to protect the delta should the Ponouli attack by sea— and they did try— but they never succeeded. Two strong, well-guarded fortresses were constructed— the imposing red stone walls of which alone were almost enough to drive back the Ponouli armies. Vast libraries dotted the skyline of Lliaq proper alongside their reputable schools; poets, philosophers, and scientists alike created their works within the great city. Finally, Lliaq's well-trained and educated armies were able to protect the nation from any threat— or so it seemed.

The bulk of the Zilopnou military has been trained rigorously within Lliaq from a young age— Aeuto, too, possesses considerable power— almost enough to challenge Lliaq's rule. Though their troops are less loyal, having been largely levied or forcibly trained commoners. 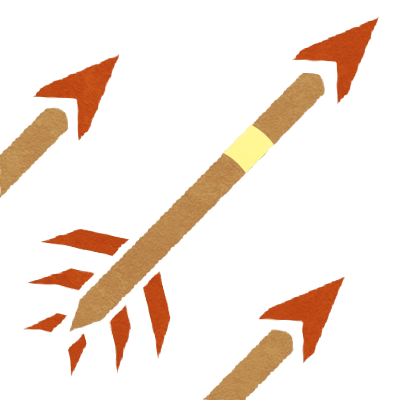 Military uniforms typically use modified yellow tunics— with the skirts split in the center and tied around the legs. Archers wear straw half-gloves on their drawing hand to protect their fingers, while allowing the backs of their hands to still be cool. Iron or bronze helmets would typically be the only armor worn— though generals may have their own suits depending on their taste— generally taking a rounded shape with a wide brim and a short plate covering the bridge of the nose. Ranks are determined by arm bands, infantry— for example— simply wore a tied orange cloth around their left bicep. All units wear straw, leather— or rarely, metal— sandals.

Zilopnoux forces tend to use piercing or slashing weapons— believing it cruel to wield blunt-force arms. Mostly, they use spears—both thrown and held— they also have groups of archers, and typically carry small axes for closer-ranged combat. Of course, most soldiers are also equipped with small rounded leather, iron, or bronze shields.

There is not currently an organized church within Zilopnou— the various city-states follow their own faiths, typically existing on a more local or personal level. There are, however, common beliefs shared among ethnic groups. Many Hontualieu, for example, follow animist faiths— praying to and worshiping not gods of the land, water, or sky— but the land, water, and sky themselves. Lizards hold a particular importance in their beliefs, as well.

Those born within Lliaq pursued education from an early age, through to the time they became adults around age 15 and began work. Some would continue research after becoming adults, though these were relatively uncommon— a position reserved for only the best and brightest students.
Within the other city-states, education is limited to what children are taught by their parents. Some, however, would travel to Lliaq for education— assuming, of course, they could afford it. 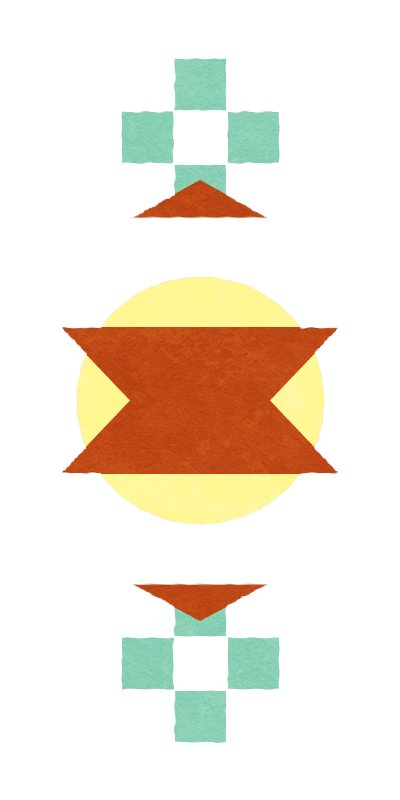 Tichan Zilopnou was extremely popular with the denizens of Lliaq, under him the city-state had thrived. Each year's harvest seemed better than the last, their scholars made new breakthroughs at a seemingly unprecedented rate, their seafarers found new— faster— routes through to Rektouzk, and it is said that every Lliaqeu born during this time did not cry.

Zilopnou made a point to accompany the armies he sent to battle, for what ruler could claim themselves strong while shying away from the battlefield? His prowess in combat was legendary, and it is said that the ornate spear that never left his side was magic. Some who claim to have met the man would say of the spear that it emanated an aura of strength— though scholarly Lliaqeu would laugh at the notion.

It seemed almost as if this legendary leader was proof from the heavens that they were a chosen people, and when he finally fell in battle, the people of Lliaq mourned for a week. This, however, only strengthened their resolve to carry out his grand plans to unite the city-states along Cipou River.