A cracked sea of vast white crystal spread as far as my eyes could see. I felt as if I was being cooked alive in that dry heat, and seasoned by the salt crunching below my feet.
— A Rektoyzk trader


The Tchoul Salt Flats sit within a basin flanked by the Chlueytz mesas, and are harvested periodically by Zilopnou.

A vast, flat expanse, situated between the Chlueytz mesas which— when standing in the center of it all— can barely be seen over the horizon. Rain falls sporadically throughout the year, leaving a shallow 1-2 inch lake within the basin.

The extreme heat of the desert quickly causes this lake to evaporate, leaving behind crystallized salt in its wake. Beneath this brittle crystal layer lies mud— making the land dangerous to traverse. Nothing can grow within this salty expanse, and as such, nothing lives within it either.

The Lliaqeu that first stumbled upon the white expanse had no explanation for its formation, and brought news of it to their scholars. It was theorized that, clearly, Tchoul was cursed land. Nothing grew within it, and the waters which fell upon it were all-too-quickly whisked away into the dry air.

Some civilization, it was believed, had once lived upon this land, and had angered some great and powerful force. Perhaps a witch was born, and allowed freely to practice their crafts— eventually becoming enraged at their community over something, and cursed it in their anger? Just what exactly had caused Tchoul's creation was unknown, but it seemed clear to the Lliaqeu scholars that it was nothing of a natural sort. 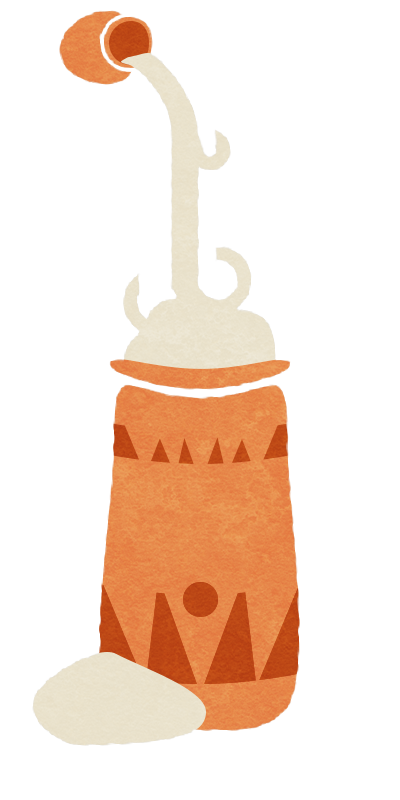 Despite the widely believed myth of it being cursed land, the Lliaqeu still harvests this vast expanse of salt. This, however, is much easier said than done. Qukix and wagons are taken from Lliaq out into the flats, traversing through a tunnel dug through the northern mesa long ago, the animals will be left at the edge of the tunnel— which opens into a much larger passage with branching tunnels to support the temporary residence of both the Qukix and people. Large pots containing water and food are carried along with these carts, to ensure that the harvesters can survive long enough to collect enough salt.

Harvesters will don something akin to snowshoes— wooden bars bent into a leaf shape, lashed together with strong woven string crossing throughout the center— tied over their sandals with leather strips so as not to sink in the mud beneath the crust. Long tools with wide, flat metal ends— like flattened shovels— are used to break up the salt crust, and carry it over into sleds. These sleds are built with a raised handle over the back— avoiding wheels so they do not to sink in the mud. Workers carefully make sure to stand on the edges of the flats, and the mud they uncover— as standing on the brittle crust can only spell doom.

Every now and then someone gets complacent and makes this callow mistake— sinking to irrecoverable depths. Once a sled is full, it will be pushed back to the tunnel, and the bottoms of the salt chunks carefully scraped of dirt, and crushed to fit better within the now emptied pots in which water and food was first carried.

For as long as some Lliaqeu can remember, there have been rumors of a vast subterranean chamber— an entrance to which could be found along the cliff-faces of the Chlueytz mesas.
It was here that some of the lucky few survivors of Ytzklapon's destruction of Lliaq fled— eventually finding themselves within the great expanse that is Tchaoxlik, eventually establishing the small settlement of Teuxlik. 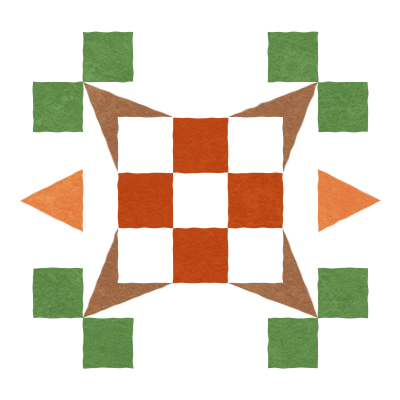 During the short amount of time following rainfall before the waters dissipate— the entirety of Tchoul becomes a reflective pool.
Some will make pilgrimages to see this, believing the pool to show one's true self.

Answering: "Describe an inhospitable area in your world and what its environment is like."
Visit Timepool's Competition Page Check all other answers to this prompt Competition Homepage