This is an oasis, an islet of light in the endless void of dark that surrounds us. I fear that this slipshod town will not last, and we are mere days away from drowning in the deep.
— A Rektouzk trader

Teuxlik, or translated literally: "Deephome," is a small settlement within the depths of Tchaoxlik built by refugees from The Devouring of Lliaq and other settlements consumed by Ytzkla soon after.

As Ytzkla attacked Lliaq, some Lliaqeu veterans were able to beat back the attacking soldiers long enough to allow families on the eastern end of the city to escape. Not knowing where else to go, the group fled east— towards the Tchoul Salt Flats where there had long been rumors of a way to access an endless cavern.

That horrid beast devouring our homes may well be able to chase us to the ends of the world— but I doubt even it can wriggle its way into the cracks below.
— A survivor

Much of three-day trek south was spent looking over their shoulders as the beast failed to shrink in the distance. The group elected to forgo sleep, to ensure their safe passage. Some, claiming to hear a horrid, thunderous rattling in the dark passages through the Tchoul mesa and ran back to the ruined city— fearing more what lie ahead than behind. When they finally found their way to Tchaoxlik, these fears only got worse.


Our fuel runs low, fewer torches burn to save what's left, most now follow the front by holding onto clothes or hands. The darkness is deafening. Some claim to hear voices, and some even see things in the void— but I tell them we must steel ourselves and continue onward. Their hysterical screaming only worsens the nerves of the rest of us, we cannot go on like this.
— A survivor

Shortly after the group stumbled upon their first zykeutuezyl— which were quickly taken to light the way as they trekked onwards, eventually finding a freshwater river upon the shores of which their meager materials were used to construct the town of Teuxlik. 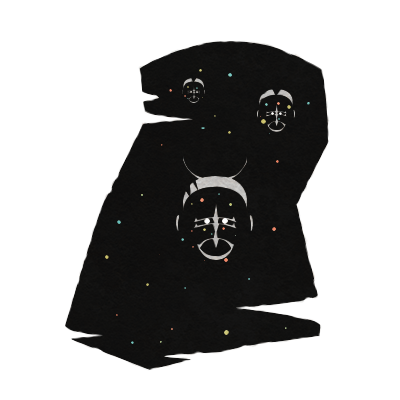 The town itself was constructed hurriedly, wagons and carts have been overturned, stripped, and stuck in place with small stones placed around their perimeters make up the core structures such as food storage. Many simply sleep on bundled clothes placed on the cold ground, and some have even taken inedible mosses and woven tolerable mats from them.
Light is unfortunately scarce, some but not all of the town's residents have a zykeutuezyl by their side— however the glowworms needed to keep the small lizards alive and keeping the darkness at bay seem only farther and farther away as they are harvested.
Moss is grown and collected from the sides of the river, some tight passages have been converted into moss farms, navigated with a reinforced wagon made boat and scraped off the walls with spears. This moss, alongside the few insects that make their way inside it, is the settlement's only source of food. 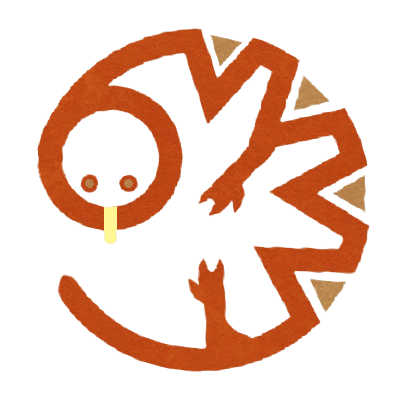 There is no leadership in Teuxlik, and some have taken it upon themselves to take action for their own survival. As time has gone on, and more settlements have been destroyed, other groups have found their way to the town— only exacerbating the lack of food and light. Especially with the Lliaqeu's philosophies on not aiding the weak, this has led to arguments, fights— and even deaths, on some occasions.
What's worse, is that those who are outwardly sick or injured— and unable to aid the others in their survival— have been slowly disappearing. Many have considered leaving, but the monsters hunting in the dark cannot be easily kept at bay alone.

Hunting in the dark

Strange, previously unheard of monsters hunt within the darkness.
The survivors living within Teuxlik try and band together to ward them off but every now and then they manage to break in— slowly but surely their population is dwindling.
Gracefully the river which Teuxlik is set alongside seems to not harbor any bloodthirsty creatures— yet— offering one less front to patrol.

A trio of Gokh which had previously been slaves within Lliaq have been freed within Teuxlik, proving to be capable fighters and valuable members of the community.
Some still wish the hoofed people would go back to their chains, despite this— and their religious rituals have caused some to lash out in anger, forcing the trio to perform their rites elsewhere.

A vast salt flat, harvested by the Lliaqeu and sold to the world at large.

Literally "dark madness", a mental illness which many exposed to complete darkness for extended periods of time succumb to.

A small camp created from the few remaining possessions of the survivors of Kleu's demise.