Firm as the ground below it, and as powerful— thoughtful, and wise as the people who live within its walls. It shall stand, unshaken, until the end of time. Our great city— Lliaq!
— A forgotten Tichan

Once the capital of Zilopnou, the city-state of Lliaq held firm control over the whole of the Cipou Canyon and those that settled near the Cipou River's life-giving waters. A veritable repository of knowledge and strength, Lliaq was believed to be an eternal, shining example for all the world— until it was tragically devoured by the great Ytzkla.


Diamond of the Delta 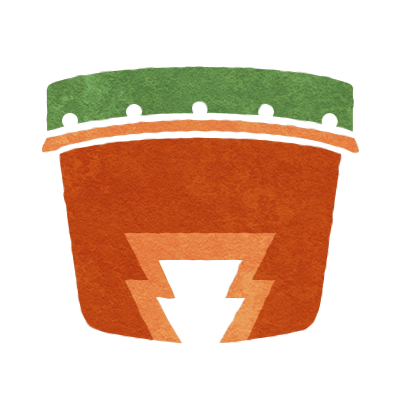 Legend says that Lliaq was built upon the site of a wise woman's death. As the tale goes, she had lived in a now forgotten city-state which was ran by weak rulers. A drought devastated the city, and she told all who would hear her that she knew where to find water— a place forbidden by the rulers of the city who feared its discovery.   She was cast out, with no time to collect food or water for her journey. Despite this, she would reach her destination after days of wandering, only to die from exhaustion soon after. the footprints she left behind, however, would miraculously remain through the next several days as others began to follow them. These wanderers would found Lliaq.   Whether or not this story is true, Lliaq would grow to become one of the greatest cities within Qet— one filled with some of the world's finest warriors, and most knowledgeable scholars. Their strength and cunning would be utilized to win battle after battle, even tricking the other city-states of the Cipou Canyon into banding together under the title of Zilopnou.
Lliaq grew from a central point, if one were to look at it from above they may say it looked akin to a great— if not crooked— wheel. Its great spokes all converged upon the center, where the capitol itself stood stoically. This was a particularly imposing structure, consisting of a tall square foundation that rose above the edifices below and forced visitors to climb treacherous steps to reach its top, two great red adobe towers— one 1/3 taller than the other and each topped with a grand dome, and a hall which connected the two.   Myriad geometric patterns adorned every surface in brilliant blues, yellows, reds, and oranges. Around this, a cluster of smaller but no less grand edifices were built to house various government workers and resources. Various sculptures of past tichans, respected scholars, and accomplished warriors were neatly arranged before the steps of the capitol— as if they themselves were waiting to enter.   Seated directly across from the capitol was the grand outnalteu— which was built of a similar red adobe, nearly triple the size of any standard outnalteu, and painted all the more elegantly. Markets and other governing structures took up the rest of this central area.   Residences stretched out into the north and south— though were also peppered and clustered elsewhere, schools and outnalteus graced each district, and in the west— sometimes separated by bridges— workshops and docks imported and exported various goods. And around it all, was wrapped an adobe wall— which many Lliaqeu would pride themselves in.

A short ways from the city's center laid the Library of Lliaq— a structure that was said to house all the known world's knowledge. A particularly grand sight, built in stripes that mimicked those of the nearby canyon— twisting reds, pinks, and oranges all enveloping the structure. The structure itself was built in a c-shape, with more floors contained farther back in the structure— its entrance beginning with a mere single.

Here, all are equal. Each and every one of us is made a fool in the presence of such an abundance of knowledge.
— Tichan Zilopnou

Scholars, rulers, and tourists alike would visit from all over the world— adding their own knowledge as they came and went. In the protected center of the structure was a field of sculptures, of limestone, adobe, marble, jade, wood— all materials, from all around the world. Here, visitors were encouraged to talk to and learn from one another— serving as a compromise for the silence requested inside the library.

Our homes. Our lives, our works, philosophies, weapons, and memories— all nothing but dust. What is left, here, for the living?
— A grieving Lliaqeu 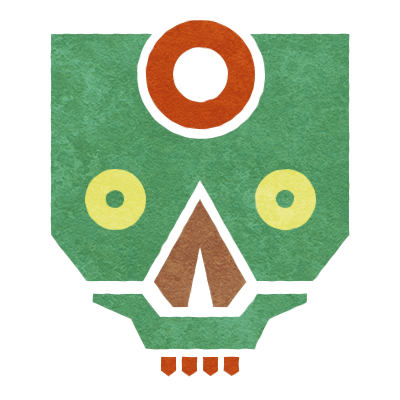 44/6/3511, a terrifying day for any Lliaqeu who survived the disaster, and wretched end for those who didn't. The great and ever-hungering Ytzkla descended upon Lliaq— whose armies were occupied elsewhere. It didn't take long for the army of Ytzklapon to entrap the denizens of the city— gliding down before those attempting to escape and blocking the roads. Some were able to fight their way through, or find some hidden route that lead away— but most of Lliaq's ill-fated citizens would be devoured by the great beast. And most of the city would disappear alongside them.   Great, scraping marks and craters grace the landscape that once was Lliaq— titanic bites taken from the ground itself. The Cipou River pools and runs mocking trails through the rubble. Most of its recognizable structures— including the library, and all the knowledge contained within it— lie in the belly of Ytzkla. Crumbling dirt, wood, and stone litter the landscape, which appears now as a veritable wasteland— to the point where even would-be thieves think twice before visiting. Very few structures remain, mostly smaller residences in varying states of ruin which now act as shelter for the survivors. Monsters plague these survivors, especially with their once formidable walls laying in ruin— leaving many to wonder, why remain?

The ill-fated day when the nomadic nation of Ytzklapon led their monstrous deity to devour the city-state of Lliaq.

Feedback is very much welcome! Whether on the content, or the formatting! Please, point out typos if you spot any!   Also hi I snuck in some new CSS here— in the name of (at least in the future) consistency and...prettier-looking articles. Now I need to go back through...an unfortunate number of old articles to add in the extra-info box and standardize what's included within.

Lliaq sounds like it was a beautiful city, and I'm really sad that it now lies in ruins. Ytzkla is a terrifying creature. D:

It definitely was! A tragic loss for sure.