We never saw them coming. The spiral heads— those sick twisted people— they flew down on cloth-fashioned wings from that great city upon the pale lizard's back. I fear the screams and terrible horrid breaking of stone as the terrible monstrosity bit into the city will haunt the rest of my days.
— A Lliaqeu survivor

This fateful clash could scarcely be called a battle— it was horribly one-sided. With most of the Zilopnou military off in battle elsewhere— there was little to defend the great city of Lliaq from the forces of Ytzklapon. A great gap in power, and land, is left— one great enough to upset even Rektouzk's hold on the continent if one was able to wrest control of the land left behind.

The Day the Pale Lizard Came

The wind was awfully stagnant that fateful day. The sea, too, seemed to be calmer than was natural. Birds and other animals had begun to flee— and any monsters nipping at the city's heels ran with tails tucked between their legs. Madmen and madwomen had raved in the streets about a terrible, great lizard, which would devour them all— but as these folk were wont to rant and rave, they were not believed.
Most of the military was off either quelling a rebellion against Lliaq's rule in the nearby city-state of Aeuto, or fighting against yet another attack at the northern borders by the nation of Ponouli.
All that was left to defend the nation's capital were around one-thousand soldiers, most of which were trainees. Perhaps it was desperation, maybe poor planning, or complacency— whatever caused this terrible miscalculation would spell the end of Lliaq's rule over the region.

The city was caught completely off guard. Who would have anticipated a giant lizard-like monster with an entire city on its back to cross the ocean and quite literally devour Lliaq and its inhabitants?
After guards along the docks called out the danger— and it took quite a while before anyone believed them— those able-bodied soldiers prepared to face the looming threat in front of them. Spears ready, arrows already flying and seemingly doing nothing to halt the beast's progress until it reached the shallows and stood finally on its legs.
That was when the gliders descended upon the city.

Surprise was on the side of the Ytzklaponeu forces, which— wielding gliders fashioned from wood and cloth— flew on the magically generated wind by their great god Ytzkla. Quickly, these forces were able to close off the major roads and exits to the city.
It didn't help the Lliaqeu that their forces were focused on the shoreline, and were unable to clear the roadblocks in time. Those trying to flee were caught, their legs maimed so they could not escape, and thrown back into the city. The few Lliaqeu soldiers didn't last long, with the surprise, lack of training— and the new, previously unseen threat— all but a handful were slain.

With the Lliaqeu forces either distracted, or dead, the roads blocked, and a gargantuan beast slowly eating through the ground beneath their feet— there were few options remaining for the denizens of the great, crumbling city but to run.
There were some gaps in the Ytzklaponeu's blockade, through which a number of Lliaqeu were able to escape. Some of these holes were found and swiftly dealt with. Those that were able to escape made their way west, towards the other city-states of Zilopnou, and bands in the south bet their lives on a mythical cavern which could be accessed through the Tchoul Salt Flats.   In mere hours, Ytzkla had devoured the whole of the city. The great beast plodded onwards towards its unknown goal without a second glace upon the death and destruction left in its wake.

With Lliaq destroyed— this leaves a cut in much of the world's supply of tin— and cuts copper production in the process. Salt too, is now somewhat of a rarity— prices skyrocketing after stores began to run dry.
The nation of Zilopnou was truly run by Lliaq, and their demise leaves the position up for the three remaining city-states to claim— as well as the nation of Ponouli in the north ever seeking to reclaim their holy Cipou River along which the city-states all reside. It was Lliaq's military might which kept them at bay— will those who remained be able to band together, or will they be thrown into a great civil war? This and many questions lay heavily on the minds of those within the region.
Start Date
44/6/3511
Ending Date
44/6/3511

Defend the city, repel the invaders.
Destroy the city and feed as many souls to the pale lizard, Ytzkla, as possible.

A great, powerful lizard of gargantuan proportions upon the back of whom the nation of Ytzklapon lives and worships.

Gliders upon which the soldiers of Ytzklapon ride to surround their enemies. 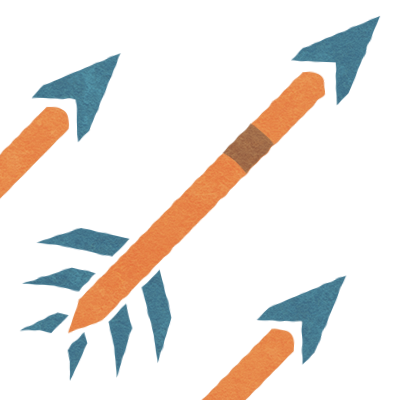 Answering: "Write about a conflict that shaped the political climate of your world."
Visit Timepool's Competition Page Check all other answers to this prompt Competition Homepage