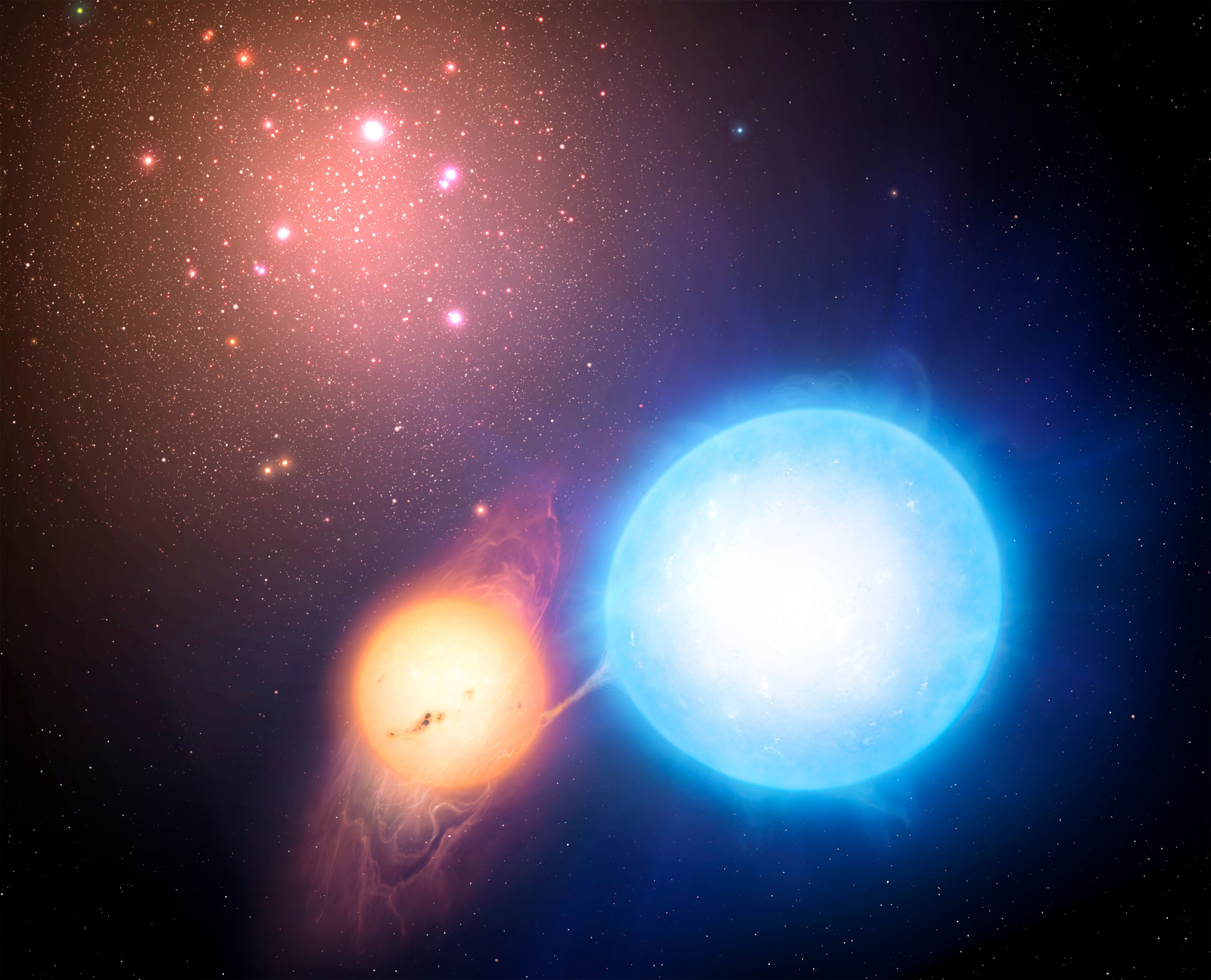 Blue Supergiant & Main Sequence Binary System   There was much anticipation regarding the establishing of the Sol-Palladia Jump Point, and on completion, the venture did not disappoint.   For one, the Palladia system was within striking distance (less than 1LY) of two other resource-rich star systems - Prycil, and Magellan - orbiting a total of six stars combined, that would eventually become known as The Triptych.   Secondly, it was the first system outside of Sol itself that yielded multiple habitable planets .   Lastly, and most excitingly, the fourth planet, named Haphen - was the first exoplanet discovered that needed no terraforming whatsoever. With nearly identical gravity and oxygen levels to Earth, it felt as though it had been built for human life. The discovery of Haphen also gave rise to the SIJAS movement, which preached that Sol and Earth were not special. Along with the discovery of rudimentary alien life on Xintalla (Palladia 3), SIJAS managed to drive a wedge into many older Earth religions.   Over the years, Palladia became home to billions of Terrans.   See more:   Xintalla (Palladia 3)   Haphen (Palladia 4)
Type
Solar System
Included Locations