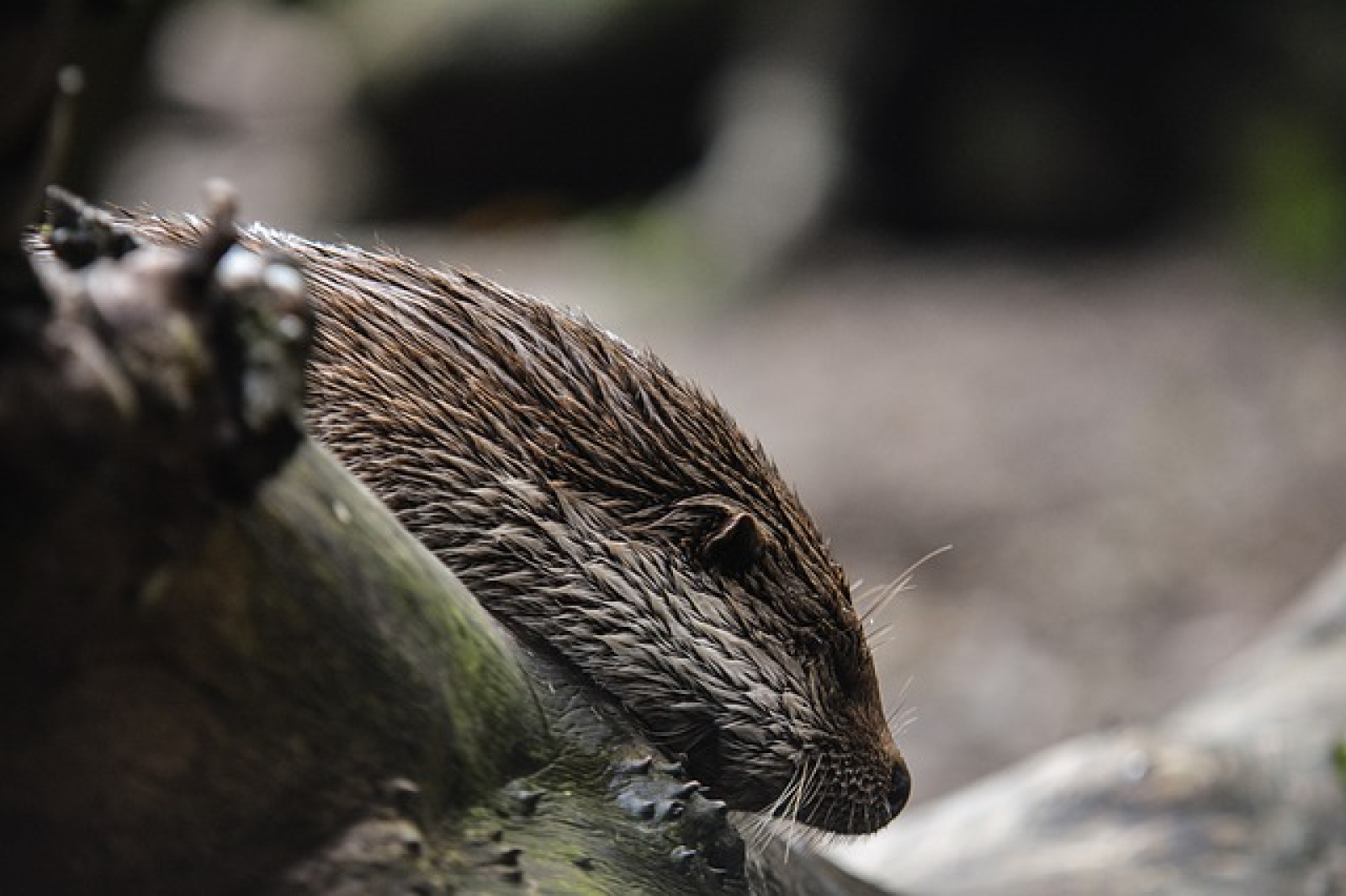 It was a long mournful sound that rivaled the howl of a wolf. It held a slow melodic warble to it that made it clear this was no wolf call.   I headed in the direction of that call. A roar, with that strange slow warble, carried through the air from the same direction. Whatever was making these sounds seemed perturbed. 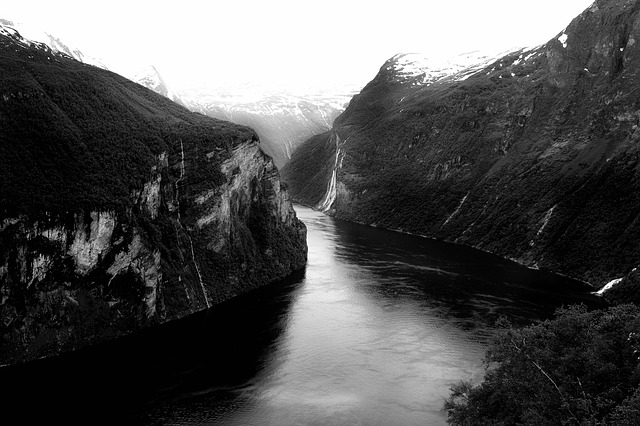 A river somewhere by gregroose
I hurried to catch a glimpse of it before it moved on. It took a few minutes. I made my way along a forested ridge before I came out of the trees. Now I stood upon the edge of the ridge that was a small cliff dropping down into a river several feet below. My eyes were not on the precarious place I stood, but upon the long sleek creatures in the water. 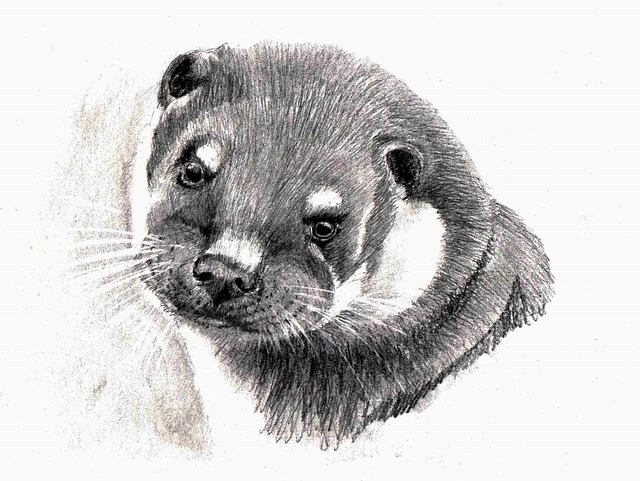 Female River Lion by artyangel
A dozen of them sat upon rocks near the cliff. Several of these were smaller, maybe half the size of the bigger ones sitting with them.     But smaller still meant they were half as long as a man was tall and I quickly realized these were young ones.     The bigger ones, about as long as a man was tall, were females.
Out in the water was another one. This one was easily twice as long as a female and had to be a male. He stood tense, muscles rippling under his fur. It was not me he was staring intently at, but another massive male that came out of the trees. This new challenger male went into the water.   I sat down on the cliff and scrambled for my journal to sketch all I could see while this amazing moment happened below.   Barks and roars sounded from both of the males as they bobbed up and down in the water, puffing out their chests. They flared out their manes that then collapsed back against their neck as a thick ruff. Dropped back down in the water before bobbing up again, they repeated their displays. As they bobbed in the water, the two males moved closer and closer.
Then, the resident male let out a much louder roar as it bobbed up, his mane flared out.         Instead of dropping back down, he lunged at the challenger, who met his attack.         They bit with strong jaws and tore at each other with clawed webbed forepaws. 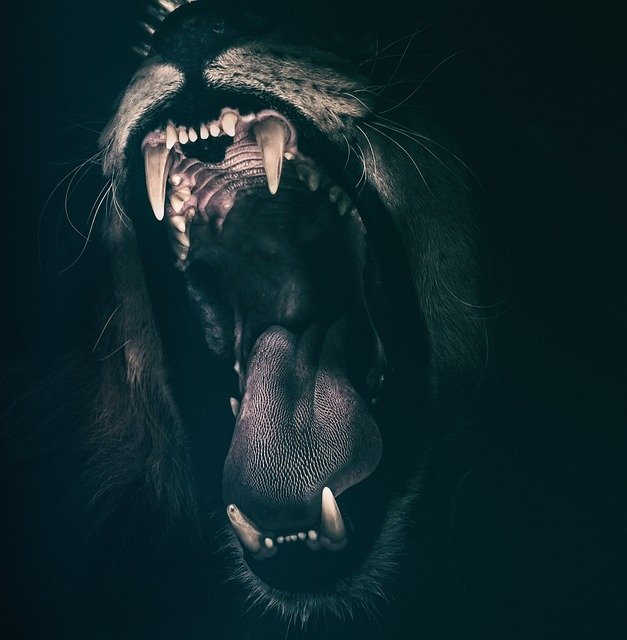 by IanZA
Fur flew and the water splashed then roiled when both dropped down under the surface to fight. The water darkened as blood spilled into it.   The two splashed back up to the surface. They roared, snarled, and fought on until the challenger rushed out of the water.   He ran into the trees limping on three legs.   The resident male gave chase but only to the shore where he stopped, puffing out his chest and flaring his torn mane to roar victoriously.   This had been a magnificent moment. One that reminded me of the lions on the plains. I shall call them River Lions.
— from Xerchan's Day Journal volume 2

Males have manes that lay against their necks like an extra thick ruff. They puff it out to impress females, and to warn enemies they are about to attack.

Female River Lion by artyangel
All river lions have short but incredibly dense fur that is watertight.   This fur comes in colors ranging from a deep brown to a deep reddish brown.
Lighter shades of these colors, and sometimes white, appear on the chest. All river lions display their chest colors in greeting. Males will puff out their chests.   Males average twelve feet long from tip of snout to tip of tail, with females reaching only half that size.

River Lions live in wet prides led by a dominant male and up to four breeding females. The rest of the wet pride are their offspring. Some of these offspring leave the wet pride at about two years of age, eager to find mates and build their own families.
The remaining offspring are very content to stay. Laziness seems to be a trait of these young river lions and can lead to very large wet prides. 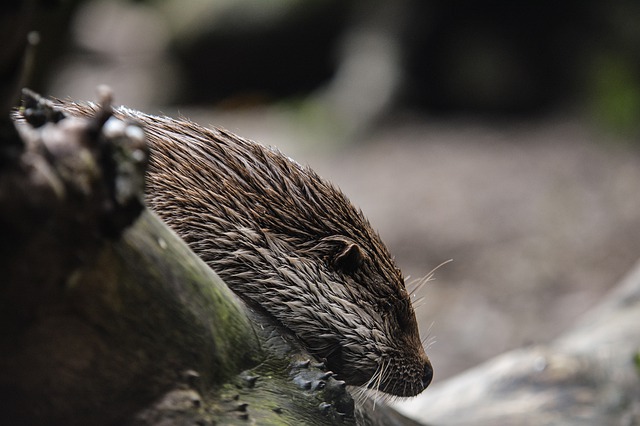 A river somewhere by gregroose
River Lions, as their name suggests, live mostly in rivers. Some wet prides live in lakes that are connected to rivers or even in large swamps.
As long as these places have plenty of fish, river craw, and water fowl, there will be at least one wet pride about.   River lions eat more than water prey. The male will ambush unwary land creatures that come to the water. He is often assisted by his male offspring. Once the prey is killed, the males will roar in victory. This summons the rest of the wet pride for their share of the feast. 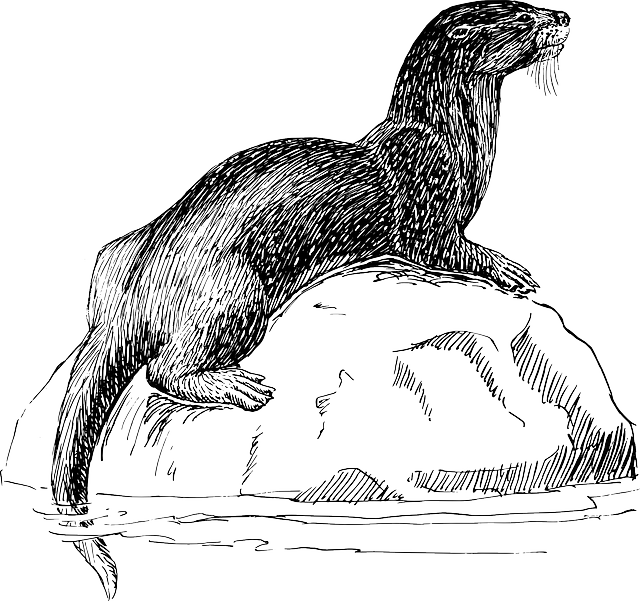 I love that a lot of the article is written as a journal article. That's such an interesting idea. I love the details about the river lions too. I would love to sit on a riverbank and watch them. <3

Thanx. I loved writing it as some explorer. Made it feel ... fresh