Perinnia Asandromere is that woman. The one who doesn't know how to shut up. She talks to fill the silence. She talks to prove she's the expert. She talks to assure herself she still exists. She's the woman at parties whom every patron secretly avoids because they understand that once she has them in her clutches, there'll be no escaping.

That isn't to say she doesn't possess redeeming qualities; she does. She's well aware of her shortcomings, but is also quite shrewd in running her household and raising five children, one of whom was an orphaned niece to Ephron. She also makes sure her husband's dinner parties are the talk of the town. It's suggested that if not for her, Ephron Asandromere would have remained a quiet, solemn teacher working on the outskirts of Kitra-Avreen instead of the head of one of Alon Amphrael's most prestigious universities.


After Suncity sickness claimed the lives of her older sister and one of her older brothers, Perinnia grew up in a family of 10 children. Being one of the middle children, she was often overlooked and ignored while expected to "carry" her weight by raising her younger siblings. Eventually, Perinnia learned if she spoke often and a lot, people were bound to listen. It worked, at least, within the boundaries of her own family where all of them competed with communication. It haunted her later life, however, as friends limited their contact because they could "never get a word in edge-wise".
Her marriage to Ephron Asandromere seemed to her a fluke, as she met him while he was traveling. He was on his way to introduce himself to the headmaster and his new employer in the next town, adjacent to hers, when his horse threw a shoe. She talked his ear off. Ephron hardly spoke. Yet, he never seemed to mind if she did all the talking. As well, he never failed to listen or hear her. She married him six months later, and he credited her with most of his success.
Perinnia did stop talking eventually... the day that Ephron died. She didn't leave his side and saw to his every need for weeks as the magic-resistant wasting disease, Glogg's Pox, slowly eroded his life. She was never the same woman afterwards, and in just a few short years, she followed him in death. 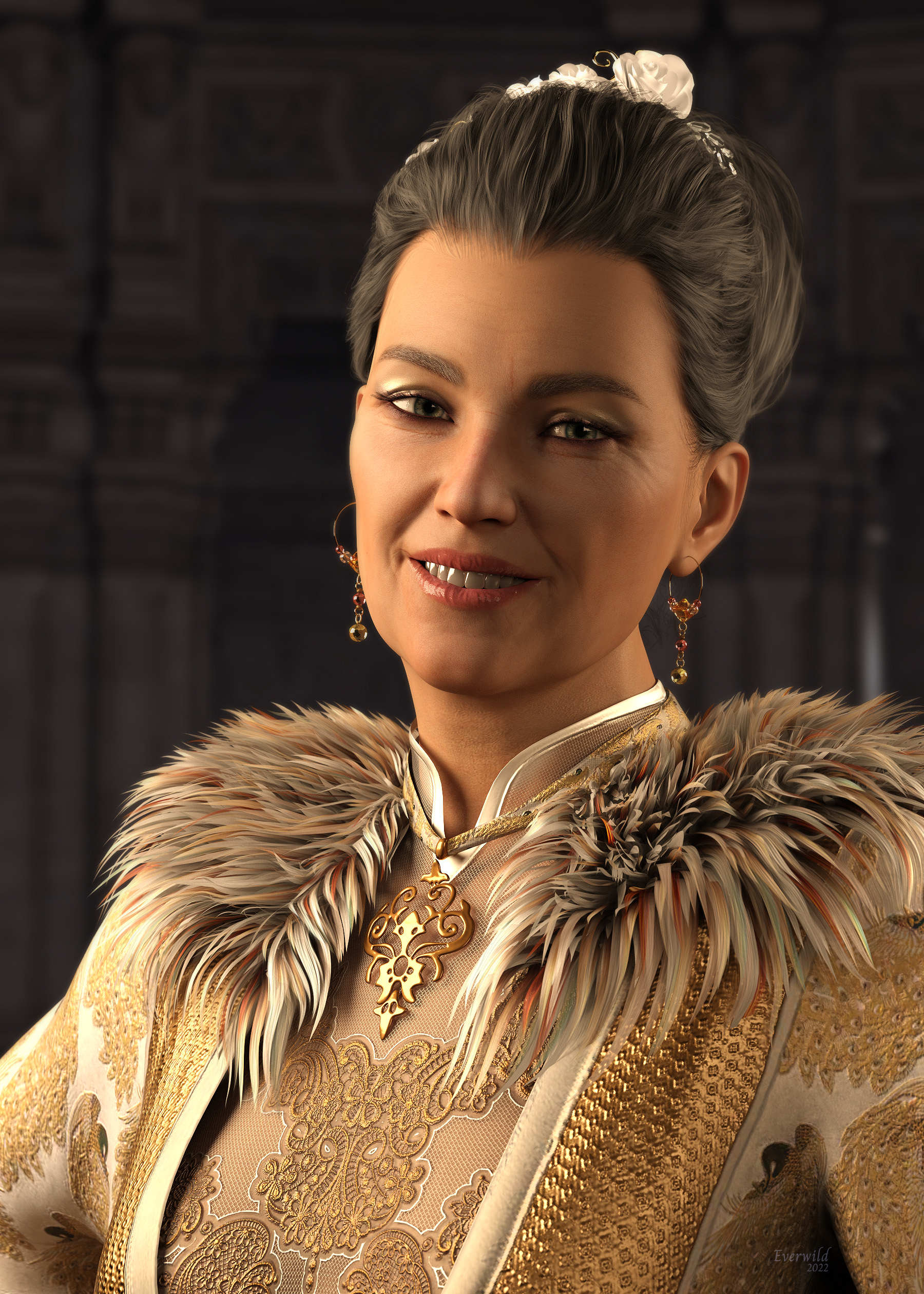 Markings/Tattoos: Magically animated tattoo on her right buttocks which complements the matching one on her husband's left buttocks.

Unless otherwise noted, all content herein and pertaining to the Webweaver's Universe or the Nexus of Nyn is © 1984 - 2022 by D.K. Dubovsky (Everwild). All rights reserved. By interacting here in any way, you understand and agree that it does not grant you any rights to copy, recreate, or claim ownership to any of the content herein, for any reason, but especially for commercial purposes. Unless specified, images are either property of the author, or free-to-use/public domain.
Cover image: by JustBirch
Character Portrait image: Perinnia Asandromere by Everwild
Article template
Character
World
Orr
Category
Historical Figures in People
Author
Everwild
Publication Date
10 Oct, 2022
Creation Date
4 Dec, 2021
Last Update Date
12 Oct, 2022
Visibility
Public
Views
44
Favorites
Comments
0
Work In Progress