Art: Canva, Hero Forge and Dani Adventures.
Nathalia Books was born on the planet Cario in the second Solar system. Her father was a banner man for the House Meles, also known as House of the Badger. After his death, she took over this role.

Nathalia is very talented with an axe, which became her weapon of choice.

Nathalia learned from her father that loyalty is not for sale, something she lived by throughout her life.

Nathalia always wears a simple top with brass bracelets and a warriors skirt. The colors of her outfit match the brass bracelets.   Wherever she was going, she got her double sided-axe with her.

Words by Paw or Claw
— Battle cry of House Meles

Varangians at the gate
— Battle cry of the Varangia

Nathalia was extremely loyal. When she gave a pledge to someone she kept it. She was also creative and good with the axe.

Nathalia was a dreamer, she often daydreamed and her commander needed to bring her back to reality.

Nathalia also joined the fight as banner man for House Meles.   Unfortunately, House Meles and its leader fell victim to the frozen Zombies. Nathalia, now homeless, needed to find a way to take revenge on those frozen bastards. Commander Stretch opened his doors for the beaten down warrior.

Together, they joined House Chiroptera, also known as the House of the Bats.   Only, soon after they joined, the frozen Zombies attacked. The Houseleader was stung by a Zombee. 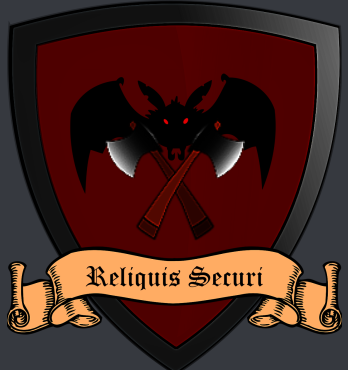 For the second time, Nathalia was without a house, but still the anger of her fallen comrades burnt in her heart. Together with the Varagians, she joined House Lapin, also known as House of the Bunnies. It was here that Commander Stretch gave her the promotion to Major.   For a time they were safe, but the frozen Zombies found their way into the burrow. 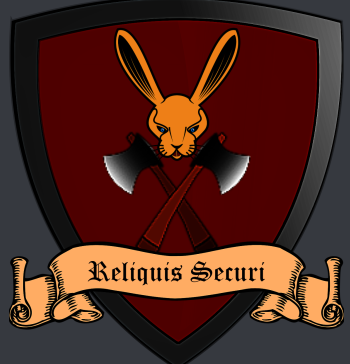 Battle between house Lapin and the frozen Zombies

It was silent before the moans of the frozen Zombies entered the underground library. Nathalia looked at her commander who looked at the barricaded door of the burrow.   "Maybe today is the day" was the mantra that kept buzzing into Nathalia's head. The door budged. Nathalia reinforced her grip on her axe. She hated those frozen bastards who had been taking her friends.   The door budged again. The filled bookcases shifted with it. The first blue hand came through the door. The moaning became louder. She looked again to her commander who looked at the House leader, Sable. She nodded. Stretch rushed to the door with his axe. The doors flew open and the frozen Zombies rushed into the burrow. Stretch swung with his axe and chopped a head off. Nathalia took a deep breath and joined in the fight.   Many of House Lapin fell. Nathalia became tired, and there was no end to those frozen bastards. When she or Stretch chopped one down, they stayed down for a few seconds and then stood back up.   "Books!" The voice of commander Stretch reached her. She looked at him. He was lying on the ground. A frozen Zombie on him, trying to bite him. But he kept them off with his axe.   Nathalia ran towards him, grabbed the frozen Zombie and threw it away. As quickly as she could, she reached her hand towards Stretch and pulled him back up. "Are you hurt, sir?" she asked. He shook his head. "Only my pride," he answered.   The Houseleader popped up next to them.   "We can't win this battle. It is time to pull back and flee!" Sable's voice sounded desperate. Stretch nodded and looked at Nathalia.   "We will get them someday," he said.   Nathalia bit her lip. "He is right," she thought.   Sable looked also at her. "I know you're pain, but if we don't run now. Our friends died in vain." Sable looked now to Stretch. "There is a hidden tunnel, follow me." Stretch nodded and followed Sable.   "The tunnel is behind this bookcase." Sable nodded to a filled bookcase of dark red wood. Stretch gave Nathalia his axe which she gave to Sable who lost her weapon, and he trows the books off their shelves. Nathalia helped as much she could while Sable with Stretch's axe held of the frozen Zombies, by chopping heads off.   They ran through the tunnels, Sable at the front. Nathalia ran at the back. The moans hunted them.   "We can't lose them!" Sable yelled. Nathalia cursed and looked over her shoulder. She stopped running and took the battle position.   "Books, what the hell are you doing?" The voice of Stretch echoed through the tunnels.   "I will be alright. Take care of the survivors!" She yelled back. The first Zombie came inside.   "My name is Major Books of the Varagian gaurd! Remember that name, frozen bastard. You're going to need it!" She chopped the head of the first Zombie off.

"Oh Frith, not Nathalia... Damn. Frith damn them all to the Underworld." (clears her throat, wipes her eyes) "She died saving us. I can't think of a more heroic death. We will honour her."
— Sable Aradia Houseleader Lapin 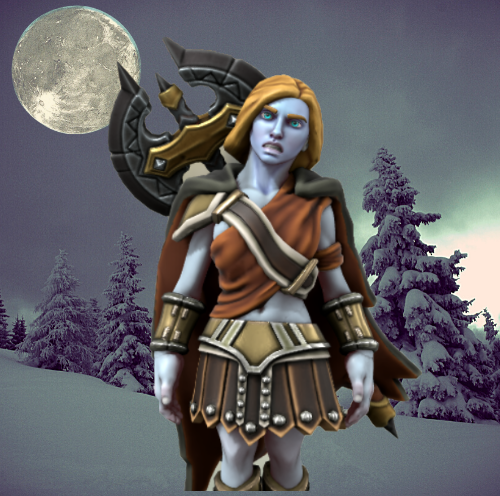 Nathalia was turned into a frozen Zombie and was renamed by the leader of the frozen Zombies. She didn't like her new name, Fathalia. She kept her Major title, although it had no meaning for the undead.

Fight for the Tome

Nathalia/Fathalia didn't have a choice about to take part in the battle of the Tome. She had to fight her former commander.

Saved by the Tome

Houseleader CoffeeQuills won the sacred Tome and, when the flesh of a living creature touched the leather, a healing wave washed over the frozen Zombies. Every zombie got a choice to live or to die. Nathalia chose to die, she couldn't live on knowing she had being once a frozen Zombie. 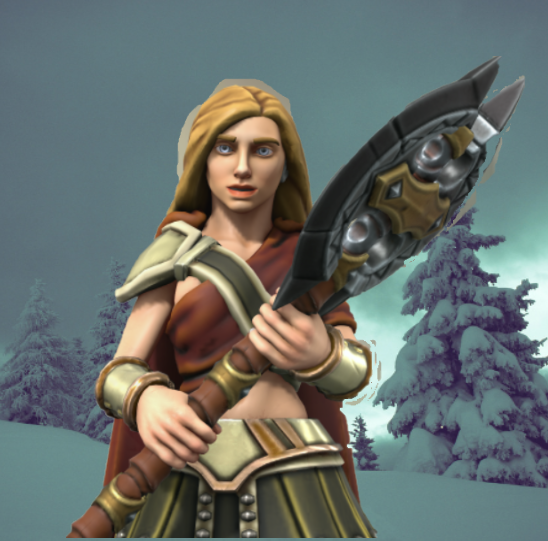 Every dream can be a story, keep on dreaming
— Nathalia Books

When everything became peaceful again. It became known that the disease was not being defeated. The very next year the disease came back, and there were rumors that some necromancer brought Nathalia back from the dead. It is not known if this is true, it can be that the female warrior who wears the name is an imposter. But what is known that somebody talks about undying loyalty, they are talking about Nathalia.