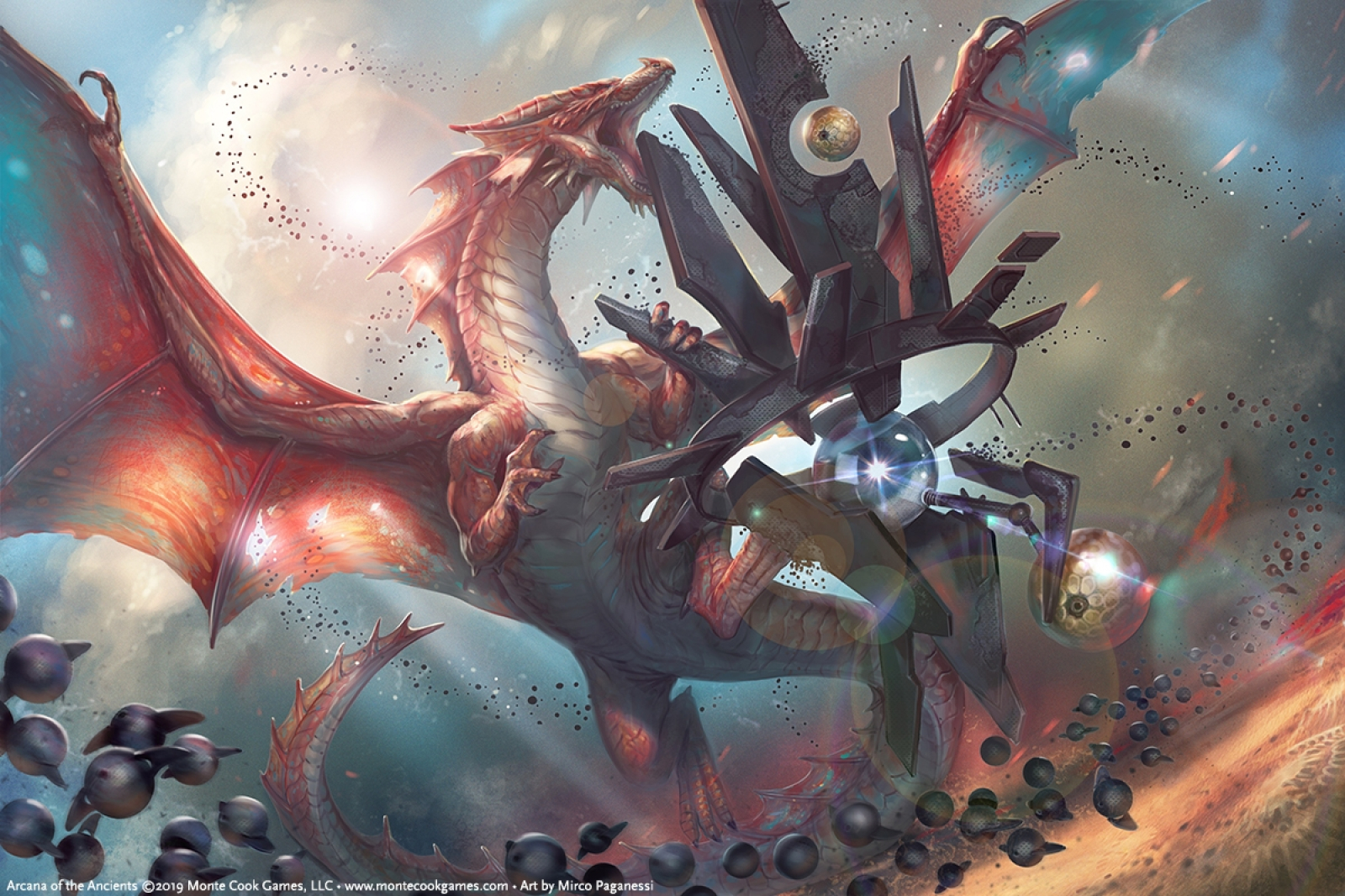 A myth that occurs in some form in most cultures in Niorath is the myth regarding the events known as the God War and Magicfall. This is the event that marked the end of the time of gods and marked the beginning of the mortal ages.

The Jealousy of the Gods

It is said that in times long before any empire was recorded in history the gods were living in Niorath. Their cities reached to the sky and were bathed in divine white light. The mortal races lived among the gods and angels in never ending comfort. Life was perfect in the divine kingdoms of Niorath. The mightiest of these gods was the Chaosborn, the Creator of all things. His power was so large that a mere physical form could not fully contain it. Only by trapping part of his being inside an avatar he was able to walk among the faithfull. The Chaosborn was well loved as his rule was fair and just.   But there were those who grew jealous of the power the Chaosborn wielded. Not all of the gods and angels felt that they had enough control over the decisions in the divine cities. These vile gods and angels formed what came to be known as the New Order Pact. They waited until the time was most favourable and took control over several of the divine cities. This was the start of what would become the long God War.

Battle of the Gods

What followed was a time of great turmoil. What started with small skirmishes would soon become a full scale war. Both sides created their own means of destruction and unleashed these horrors on the planet. The world was soon filled with giants, dragons , gigantic constructs, angels, demons and all kinds of monstrosities. Many of the gods fell in battle and the divine cities were destroyed never to shine again.   The energy that was unleashed during the battles pulled the world closer towards the Chaos of the elemental realms. Niorath was so close to the Chaos that the entire sky was filled with the unsetteling hellish view. The Creator intervened and managed to return the world to a safer distance. This drained him and left him vulnerable. The evil gods took the opportunity and confronted him.

But the Chaosborn still cared too much for Niorath to let it go to waste. He sacrificed himself as he forced his divine house to fall from the sky into the final battle. The world was filled with the divine energy that was released from the Chaosborn as he lost most of his power during the impact. From then on the Chaosborn became, the sleeping god, waiting to return. The remaining gods and creatures could not keep their material form and were forced towards the elemental planes where they created set out to create realms of their own. With the gods gone the remaining divine power was spread out over the world granting the gift of magic to the mortal creatures.   This marked the end of the time of gods and the beginning of the era of the mortals.

Altough not that many events are known in this era, the Magicfall is an exception. The Magicfall has been found in many written records all around Niorath. All of these records agree on the same date and thus the events has been added to official history. According to these old texts magic was non-existent before this event. The exact origin of what caused magic to appear however vary in such a degree that no real consensus has been reached. The myth mentioned here before is the most common version of the Magicfall event. There are some things that all the texts agree on however which is that there was a large war and that something fell out of the sky. The participants and the object falling out of the sky however are not consistent.

This myth is especially important in two relgions. Mackevism and Archonism. In Mackevism the idea was that the All-Creator, called Indovir, willingly gave his divine energy to the world. Magic is therefore a gift according to the Mackevist belief.   According to the Archonic belief however the magic was not given willingly but rather an accident because of the death of Indovir. Using arcane powers is not natural according to them since the power does not belong to the person but to Indovir and should be returned. Only people who are clerics or paladins of Indovir are allowed to use the power in his name. Their ultimate goal is reawakening the sleeping god.
Date of Setting
4125 BF

Remove these ads. Join the Worldbuilders Guild
Myths and Religion