The Neo-Biosuit was designed by a group of three individuals across the globe. Masako Li, a Japanese scientist, a man known only as Clancy, an American technology producer, and Vespasian Lauret, an Italian fashion designer, banded together in the beginning of the new millennia to create a bodysuit that monitors the wearer's vitals and also control and maintain a steady external temperature for use in space.

Thin wires run along the front and back of the bodysuit in a simple pattern, with thin electrode pads sitting on various places, including on both sides of the chest over the heart, matching ones on the back, one on the back of the neck, and several on the back of the arms, legs and along the spine. The wires also double as a cooling/heating system. When in use, the wires glow a light neon blue which may shine through plainclothes layered on top of the suit.

The fabric is comprised of an enhanced blend of cotton, jersey and viscose, strengthened with some cool polymers to create a lightweight and breathable fabric that is also extremely durable.

The idea was first thought of by Clancy in 3023, when he was about to ship out to a job on the EES Quire, an engineering experimentation ship deploying out for the first time that year in early Ekolu. The idea began when he heard of the news of yet another casualty aboard a space station caused by freezing to death while asleep, as the temperature aboard the station plummeted during the night and the person was unaware of the fact.    While Clancy was aboard the EES Quire, he met Masako Li, who introduced him to Vespasian Lauret. Both Li and Lauret shared Clancy's interest in creating a skinsuit to better help all space workers, and the project began.    Their project took three years of hard work to finally come to fruition, debuting in late 3026, and the suit is still worn in the space workplace to this day, saving hundreds of lives.

As of today, there are only two versions of the biosuit: the original suit, and a suit adapted for underwater usage.  There are several modifications still in testing phases, including a special suit that helps monitor all types of diabetes for both space and water usage. 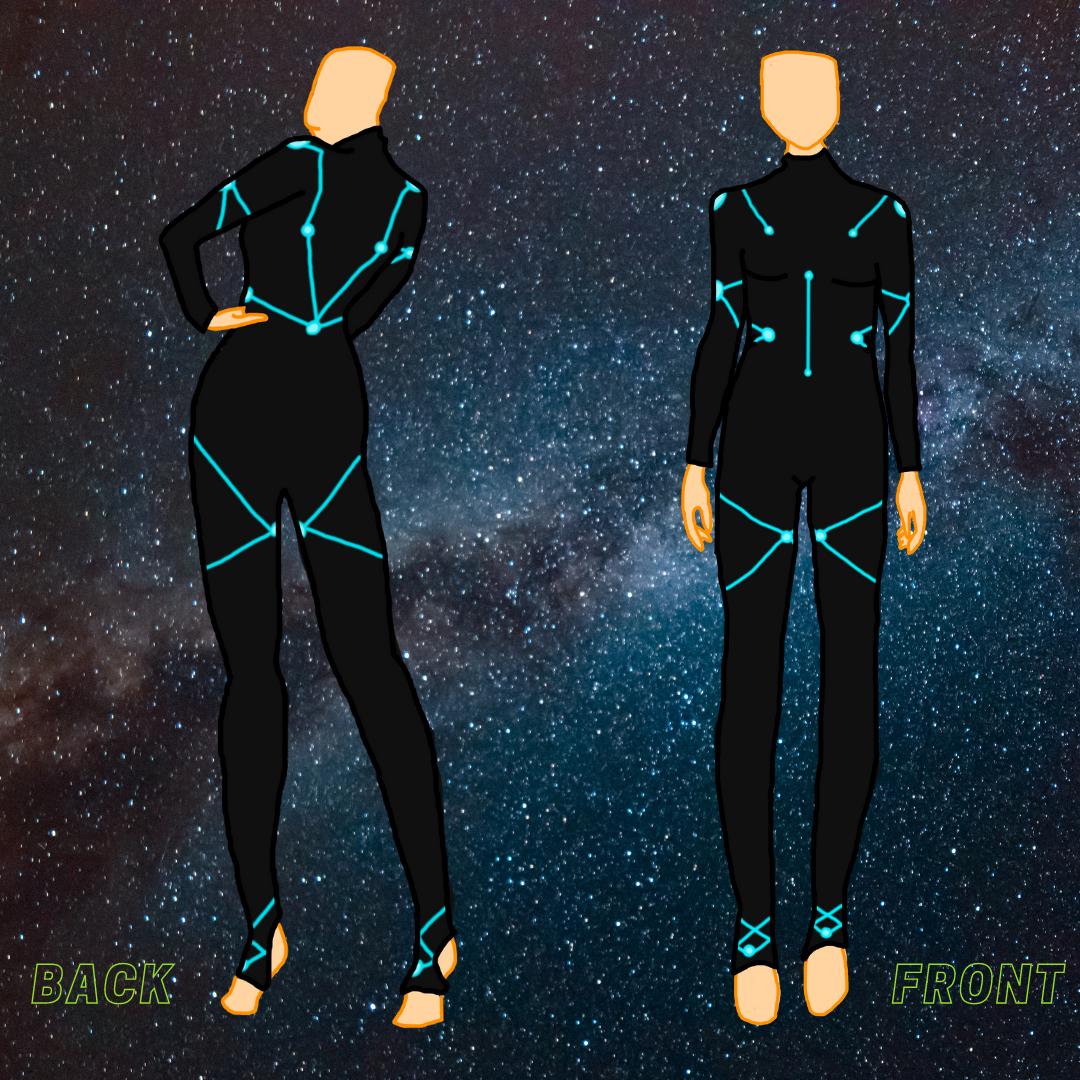 by No1
Item type
Clothing / Accessory

To this day, no one knows Clancy's full name...

Nice article, this sounds like a very useful suit! Is it linked to a computer or maybe a watch? To give out waning is there is a problem with the vitals. What can it measure? Only the same thing as our current fitness watches or are there more options? Any reason why people wear the suit below normal clothes rather wear only the suit without more clothes on top? Just aesthetic?

Thanks! The suit is linked to two different computers, one of the company's computers on Neoterra, and a computer in the medbay of the ship the person is on. It can measure pulse, heartbeat, blood pressure, and temperature, and it sends an alert to the computers so the people monitoring the vitals can take action if something is abnormal. As for why they wear the suit below normal clothes, I suppose they do that for some sense of normalcy, or comfort, or just to look nice or different from others. Also, the aesthetic is nice. Thank you for the questions! They help me improve my article greatly and also make me happy someone's read it :)

It's a pleasure :D

Nice article. I like how the suit's idea came from an incident where monitoring the environment and vitals would have been crucial. The underwater usage and diabetes suits are a nice additions as well. Does this mean that perhaps the suit can also administer insulin for the diabetes patients automatically?

Thanks! In theory, yes, the suit could administer the insulin, but it is more likely to alert the patient first and let them decide what action to take. If the levels got dangerously low, more than likely the suit would override the manually set preferences to save the life of the patient. Thank you for the feedback! :)