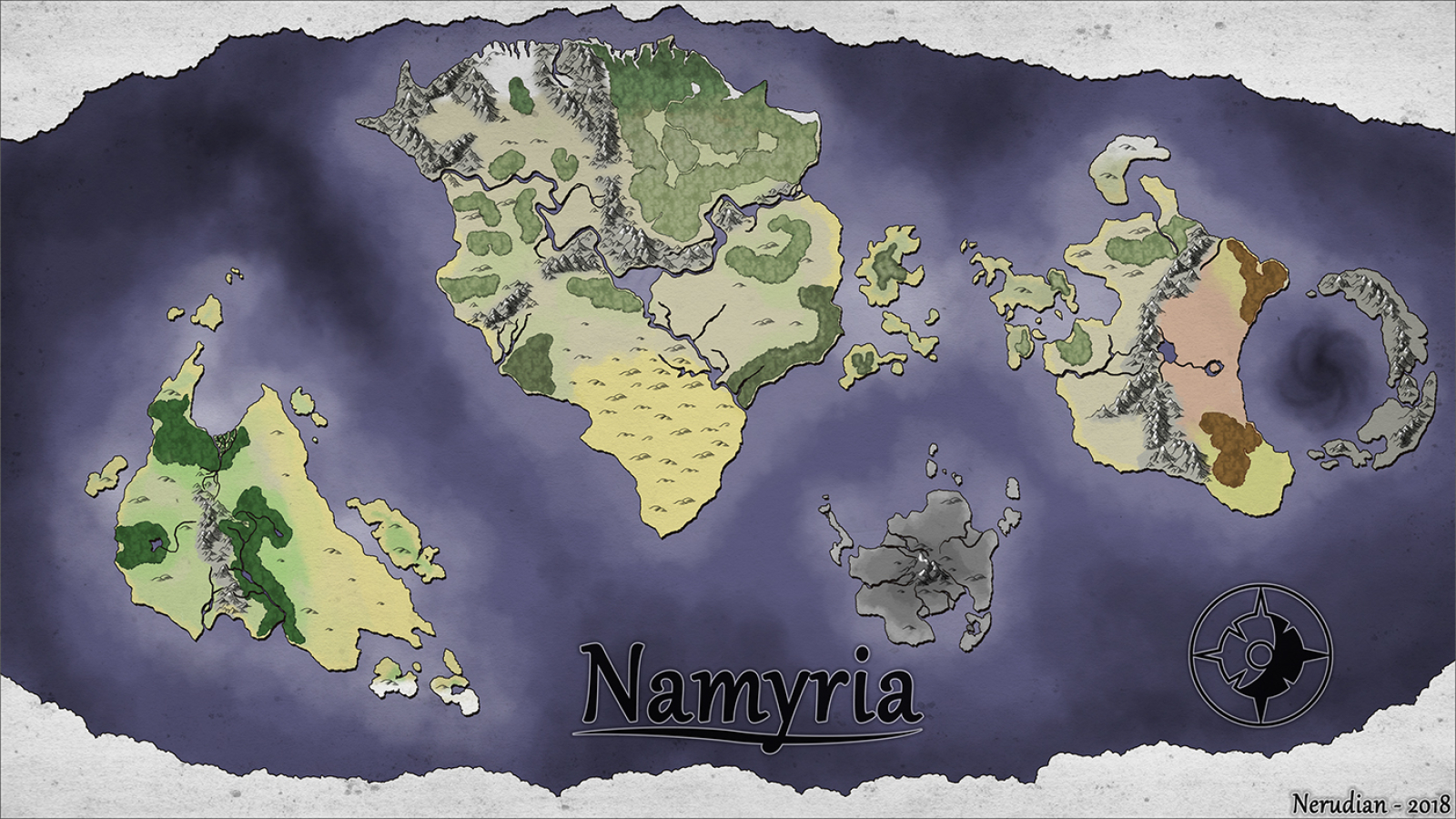 Namyria is a world that trully has it all: forests made of giant trees, seas that fill up from seemingly nothing, and entire continents shaped by a chunk of the moon dropping on them. There's also slavery, genocidal mad kings, and forces that could destroy everything that ever was by twitching their finger, your pick. But I might be getting ahead of myself.   Perhaps we should start at the beginning, when the first ones usurped the power of the mightiest of their fathers, and kickstarted the Age of Dawn, where civilization took its first steps.   If not that, then, there's time after the First Stirring, a cataclysim that started the Age of Heroes, a time when the gods left the world, and mortals were left to their own devices. This era brought forth some of history's greatest heroes, some of which would transcend the limits of mortality, and become divine themselves.   If you feel particularly sadistic, the Age of Darkness, ruled by Xarros, Black King of the Briador Forests, first of the Drow, and master of all things arcane and dark, could be a period of your interest. An almost century-long grasp of ethnic cleansing, slavery, and darkest experiment and ritual, plagued with death, hatred between all nations, and the birth of an entire species of darkness-touched individuals. An era that saw an end solely because the Dark One one day simply vanished.   Or perhaps, you would rather see change in person. We are now nearing the end of the second millennium After Xarros of the Age of Light, and the scent of a new order is in the air. The fanatic crusaders of the Church of the Light are setting sights on all nations that still allow magic in their midst, or worship any gods of night, to prevent the birth of a new Dark King. Slaves in bondage are starting revolts, small and easily stopped, but uncertainty now brews in the markets, as new supporters of freedom rise every day, putting the entire industry in danger. Some even say that all this turmoil amongst the living could stir up forces long forgotten, asleep and buried deep below, and bring forth the end of all in existence.