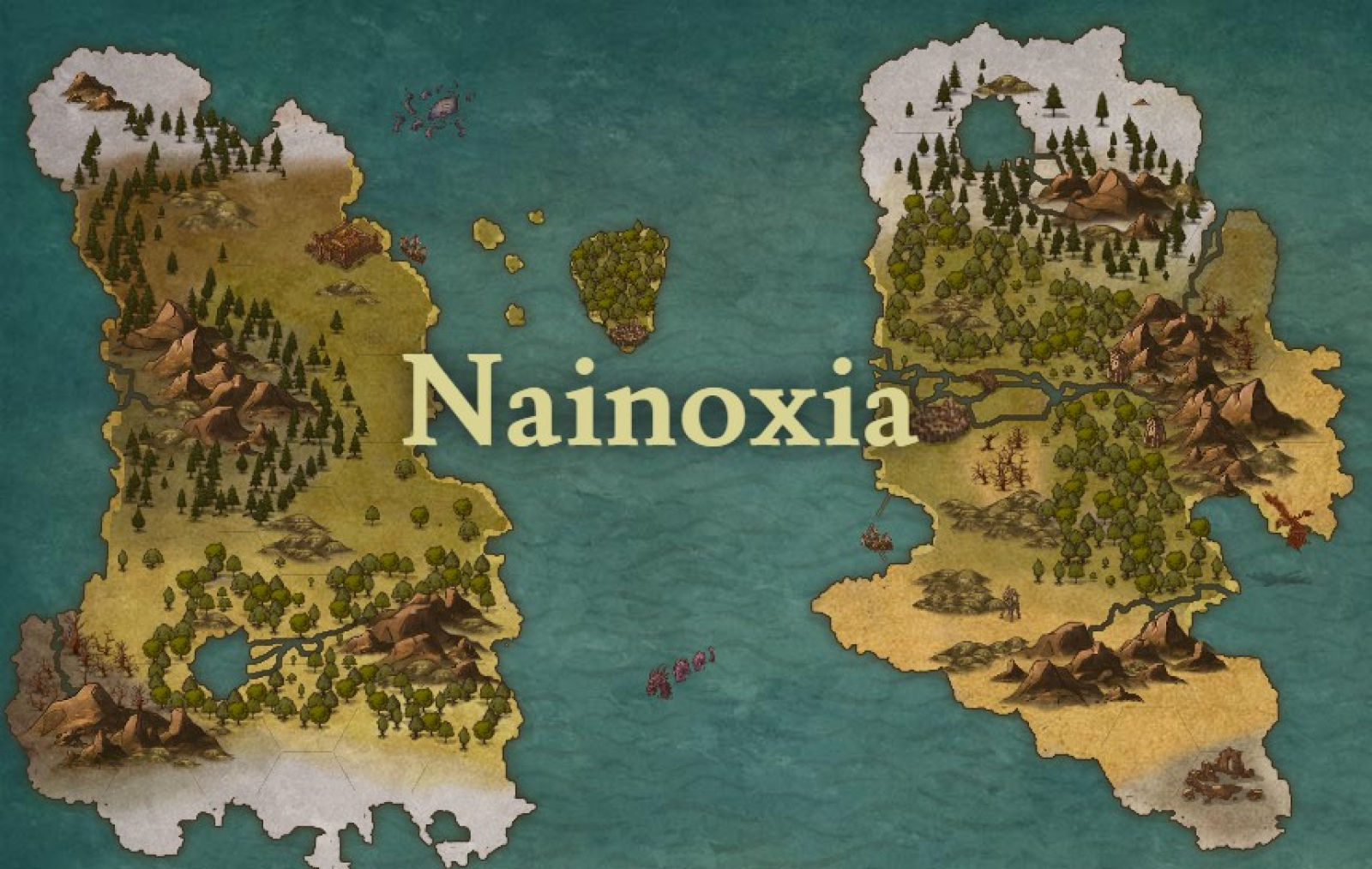 Cobalt Sky
The world of Nainoxia is a world I have created as a practice of creative writing and a setting for my own DnD games. The world is based off of the Forgotten Realms with some inspiration from Warhammer and World of Darkness. Additional inspiration and drive to actually make it came from Critical Role and Matt Mercer's own world, Exandria. While being a high fantasy world it retains dark elements, attempting to make the organisations and the people of the world as life-like as possible. There are dark secrets around every corner, dealings with unknown entities and the looming threat of evils that can come at any moment and shatter every day life. This is a world where heroes are tempered through fire, most ending up broken. But to the adventurers who still want to come, I say welcome. Welcome to my world. Welcome...to Nainoxia.
Geography:
The world is divided into two main continents, two oceans and a large number of islands. To the east, Tolhera, a continent grasped tightly by the iron fist of the Empire. To the west, Nuashal, where the Warring Kingdoms are battling over the remains of the Dragonborn Empire. In the middle, the hidden island of Ulathian, which was home to the once great Elven Empire.
Gods and the Creation:
In the beginning, elemental chaos filled the world. Then the Gods came and made it their own. Creating the mortal races out of the elemental chaos to serve them, and working together to shape the land under their feet. Most of them did this individually, but five of the Gods chose to work together, the five that would come to be known as the Empire Gods. As such, the creation of the world was complete, and in the millennia that followed it was infused with the magical essence of these all-powerful beings that walked it. However, this was halted when the world was thrown into chaos in an event that shattered the Golden Age of Magic and brought most Gods to their knees. This would come to be known as the Schism, and the wars between Gods would end only with the implementation of the Divine Seal, a magical barrier that stops all major gods from directly meddling with the material plane, setting the world in a new course. One far, far less bright than the one before. Or at least that's what the legends tell...