Wytris's teachings are spread across several holy books, the most commonly printed of which is titled Dusksong. It is a collection of parables chronicling the experiences of Wytris before she came to Lenif, as well as common rituals and teachings curated by the clergy. The book itself is small and simply made with an orange cover and thin paper. The writing itself is generally straightforward and easy to understand, with many of the parables aimed towards children.

Wytris's faith extols the virtues of charity and selflessness. Making personal sacrifices to further your fellow man is one of the greatest acts a follower can do. Giving alms is a common behavior among followers of the faith, both individually and among organized churches. Military and guard service also generally falls under this umbrella, and most towns have at least a vaguely trained militia.   Wytris teaches that faith and belief in the church is virtuous, as it brings a community together under shared morals and goals. Regardless of ones upbringing, whether poor or of noble lineage, by devoting yourself to high ideals one can achieve anything. To this end, Wytris often hand picks devout individuals to serve as her clerics and missionaries.   The faith frowns on alcohol and similar substances, but does not wholly forbid them. Most devout followers do not drink, or only drink on special occasions.   The uninitiated are treated well and considered people who have not found their path yet. Missionaries and preachers are common, friendly, and welcoming to those not yet part of the faith.   In the eyes of the faith, the worst sins are selfishness, greed, and despair, which are said to lead to a fractured society.

Wytris appears as a thin, elegant figure with a feminine, humanoid build. She has the face of an owl, the scaled claws of a dragon, and antlers made of pure starlight. Beneath silver and black robes, she has the long legs of a heron. She towers above mortals, standing at roughly 13 feet tall.   She is most often depicted with a starry night sky, and a unique longsword whose blade fades from impossibly black at its handle to stark white at its tip. The sword itself, known as Falling Sky, is almost 9 feet long. 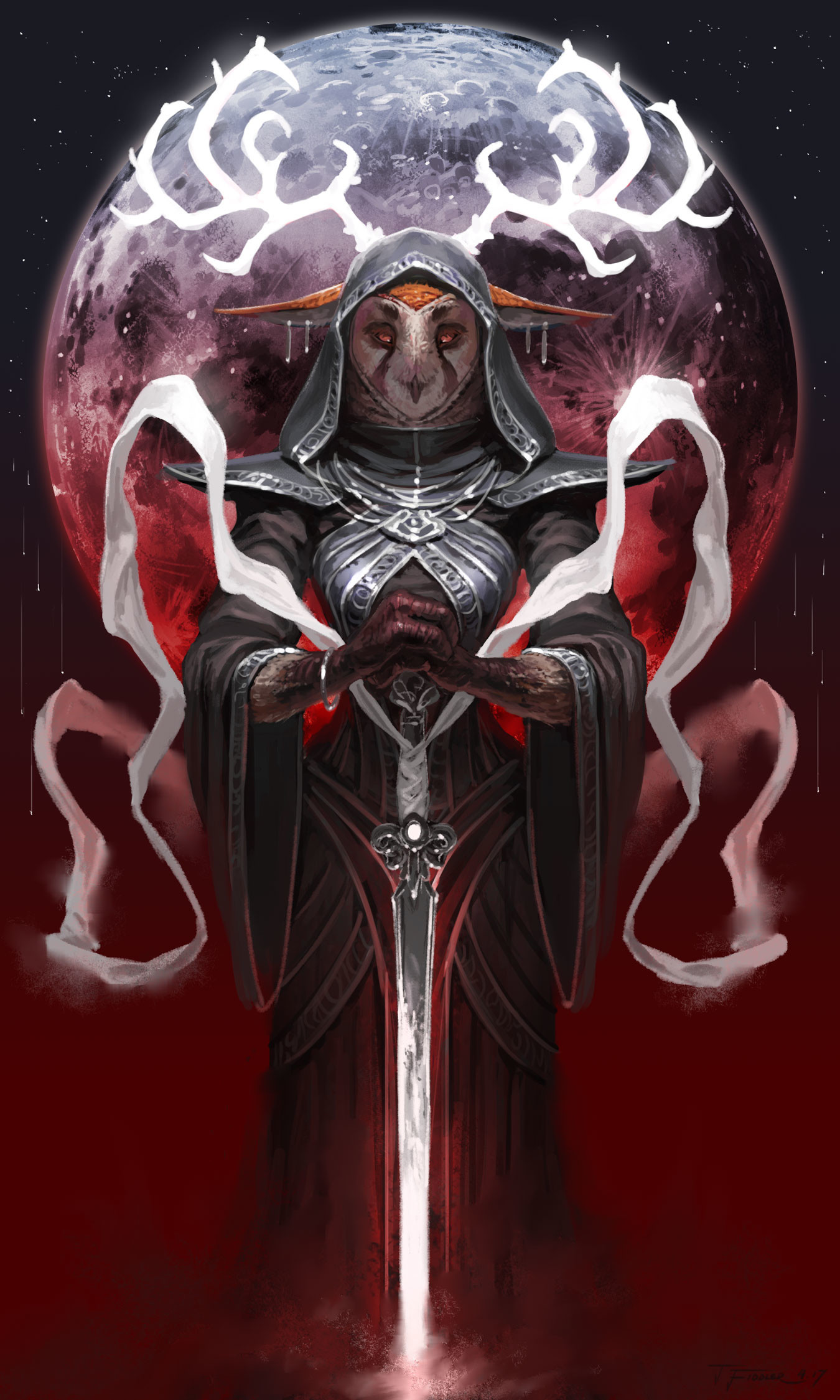