Thomas Fletcher is the detective in rags, a true man of the people, or at least the poor. He may seem like a grizzly bear who shouldn't be provoked, but he is a man of his word and genuinely wants to help the world. If no one else is gonna do the dirty work, then it's up to Thomas to handle such a mantle. There is no offer that he can't refuse to lend a hand.

Sympathetic towards those who are in troubled situations, Laid back

Thomas is one with the streets, he didn't live in a house or anything as a child. All he knew were trash bags, rats and the occasional beggar. It was only with the kindness of a stranger named Thea Hestus that he was able to live another day. Working under her as a street informant turned detective, he has a average amount of income, enough to get by. Thomas is an orphan who lost his family due to a severe illness in which he was the only survivor. He can only rely on Thea and other street informants who he worked with in the past.

Thomas is under the Private Detective archetype, in which he goes around the neighborhood to help those he sees in need. If a crime ever arises, Thomas will be there in a hitch to solve the case to protect the people. It's thanks to people like Thea Hestus that he's able to be a detective, as she should him kindness that others wouldn't. In exchange he helps her with cases whenever she is preoccupied. If it means that Thomas can help those who much like him felt like they had nothing in the world, then he will gladly be a friendly neighborhood detective.

Thomas does not follow any religion as he believes that they were no help to him when he would've needed them most. However, he thinks that if it helps others then it is something necessary for the livelihood of people. He does, however, believe in spirituality and the occult. During his time as a detective, he has encountered strange events, in which he himself cannot explain. He needs more information in order to confirm his suspicions, and see for himself the truth of the world.

Thomas' memento is an unsigned will, which is from Thea herself. The will is something between the two of them, in the event that she can no longer perform her duties. She wants to pass down the mantle to Thomas, and it's reminder for Thomas that the world can be cruel and you can never know what lies in the next corner down the street.

Thomas relies on his lucky coin of Verity, which he uses in emergency cases to make decisions that require him to think of logic first and emotions second. The coin shows the Goddess Verity, with a scale and sword in her hands, and a motto saying "Truth and Justice". The coin came from his first ever case as a detective, and allows him to make the hard decisions that none could make.

Thomas has lockpicks, in which he made himself using scraps from past cases, and a revolver in which he uses to defend himself if necessary. A fellow gunsmith gave him the gun after he helped him on a particular case, as reminder of the many dangers he may encounter. He also sports some binoculars that he bought himself, which were one of the few things he ever got after being able to support himself. It is a token of his he will always remember.

As someone who was almost born from the poor livelihood, Thomas understands the struggles it can bring. Thomas thought it as fair that he should make himself an acquaintance of Merdu, Their professions combined could lead to amazing things in the crime solving community, so Thomas sees it as a great opportunity.

Thomas saw how kind Herman was upon meeting him, and knew they would be good friends. They both have a desire to change the world for the better, rather than destroying or harming it. Plus Thomas enjoys hearing Herman's stories as well as entertaining the kids with his own.

Morris' philosophies and overall personality do not bode well for Thomas, as it goes against what he sees about people. As someone who isn't really religious but is open to people believing their own cause, it angers him seeing this man being so secluded about Christianity. He thinks the man to be irrational, and wonders what makes him tick so easily. 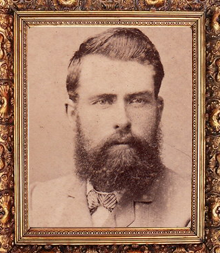 Resources: Middle-class
Memento: An Unsigned Will
Advantage: My lucky coin of Verity will guide me to the right path
Spouses
Siblings
Children