Nancy is cautious, first and foremost. She has lived with the uncanny for as long as she can remember, and she was raised on the virtue that it's always better to run when things get tough, rather than to die a hero. She attributes her long life to that lesson. Still, Nancy finds herself being swayed to taking on larger challenges to help out those who need it, and she fears that she's growing sentimental in her old age. Her heart has soften, and Nancy holds anxiety for the day that will come where she lets herself get killed on someone else's behalf, rather than simply run and cut her losses.

Nancy grew up poor. She would have grown up alone if she hadn't been taken in by a hunter when she was young. As it was, it's thanks to that old man that she learned to fight and survive the crueler parts of nature. It's been years since those early days, learning to fight and learning to flee. Towards the middle of it, Nancy found herself learning to take care of her caretaker more than the other way around. Still, Nancy continues his teachings, thinking her long life is a tribute to the good work he had done.

Nancy hunts for a living. She does it to keep food on the table, and keep creatures away long enough to let others do the same. Occasionally Nancy takes up requests, hunting for others in exchange for goods and favors, but more often then not, she hunts for herself. Nearly everything Nancy learned about the wild and the occasional vaesen she might encounter, she learned from her caretaker. He was the one who saved her from complete destitution, and he taught her about the often difficult to believe stories of things that hid in the wilderness. But still, Nancy has lived a long life, and she would be a fool not to let her experiences expand her known world. She would always ask farmers and shepherds of their livestock, assisting where she could when beasts were known to prowl, but she was never foolish enough to let her curiosity let her stray too far from the known or learned.

Nancy has lived long enough to know that others want desperately to have her soul belong to their causes. Nancy also knows that those causes can just as easily be for a greater good, or smaller evils. She then, generally believes that she got this far in life by offering her soul to no one, living, dead, or divine, and she intends to keep it that way. Still, she understands the appeal religion grants in a safer space beyond, especially with her own growing years. She also understands the pull of the power to be gained from rituals and observation of the wilder things as of yet not fully understood. Still, Nancy has long since decided to stay wary of those who offer much in exchange for little, and keeps an eye open for what might be, without letting her servitude be swayed. It's a rare thing to serve no one, and Nancy values that freedom dearly. All of this is to say, Nancy believes it all to an extent. She is fully willing to listen to cautionary tales of creatures (her own voyages to the edges of civilization being warnings enough), as well as the stories for where death is destined to lead her (she's not exactly young anymore). She listens to everything with a certain suspense of disbelief, as unwilling to disregard it as she is to fully put her faith behind things she has yet to experience.

When her caretaker first grew ill, she did everything in her power to help him recover. Still, it was his time to go, and when she left to get more supplies, she had returned to find him gone. No corpse, no explanation, not even his rifle- just that golden box.

Nancy has times in which she experiences deja vu. Old memories mixing with new ones to form moments she could swear have happened to her before. In those cases, she can feel her rifle aligning to create the perfect shot, words bubbling up to win arguments, or strategies falling into place. History seems to repeat itself, and Nancy has already seen her fair share of history to know how this particular moment will go.

Nancy has a rifle, and a hunting knife. Both items were given to her by her caretaker when she was young, but the rifle has since gone through many changes and adjustments over the years. The knife has a word engraved in the handle, one that The Old Man had translated as "hunter" in a language he had long since forgotten.

Nancy has known Maud for ages, the two of them having exchanged stories and strange encounters since they were young, traveling the thin line that separated Munson from the kind and the uncanny. At the time they had bonded over their shared affinity for fast reflexes, and now in their old age they continue to astonish those who witness the two together.   Still, as Nancy has spent a few years away, she has a lot of catching up to do with her old friend. Nancy has often gone with Maud to see Pitcher tell her stories at the Black Horse Tavern. Whether it's to hear the newest adventures play out, or to laughingly insert their own wild tales for the storyteller to disassemble and weave anew. And with those nights, the two had begun to be reacquainted, making up for the lost years and delighting in the newer mysteries to unravel. When time allows, Nancy also visits Maud and her schoolkids, helping out where she can, and keeping updated on the latest news and fads to be had.

Ever since she returned to Munson, Nancy found herself falling in love with Diver's craftmanship. Always loathed to hand over her rifle to anyone else, even for the simplest of repairs, Nancy couldn't help but admire the deftness in which Diver was able to transform worn metal into a living thing. As is the way with constant use, Nancy was often visiting for adjustments and tune-ups to her tool of trade, and a rather fond friendship had formed between the hunter and blacksmith.   Prior to her meeting with Diver, Nancy had very little knowledge of the divine outside of half-heard sermons, and the odd scripture. Now however, with her constant visits and often rushed orders, the two had moments in which their opposite experiences lead to wildly branching conversations on the worlds of spiritualism and church.

Nancy does everything in her power to avoid Mx. Doofner. It isn't that the two of them have an outspoken rivalry, but rather that Nancy cannot stand the manner in which they behave. They act as though they are completely senile, speaking in odd voices and forcing people to eat. Nancy rather stay as far away from them and their strange mannerisms as possible, and as luck would have it, she has succeeded on that front for quite some time. 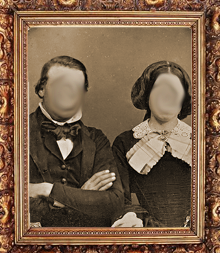