Albert is an older man who owns the best tailor shop in town. He never strives for anything less than perfect. Although he's experienced a lot of hardships, he doesn't let that stop him from being the best. To others, he exudes confidence, but on the inside Albert is falling apart. The guilt from his past trauma sometimes feels like its eating him alive. How much longer can Albert go on like this?

Albert was born into a very wealthy family, which is how he inherited his current fortune. He never had to worry about finances or having enough food for the family. His father was very cold and strict, while his mother coddled him a bit too much. He always felt a bit left out as his older brother always impressed his parents with his smarts and maintained both their attention and respect. Albert, although equally as intelligent, didn't care much for school and chose a profession that his father disapproved of. In an effort to gain the attention and respect of his family, Albert would often go to Sunday dinners at their home. One awful Sunday, he was running only 15 minutes late, but by the time he got to their home, it was too late. His family was brutally murdered, and to this day Albert still doesn't know what happened. The intense guilt and confusion haunt Albert daily.

Although I chose the writer archetype for Albert, I picture him more as a seamster/tailor. He was raised to care about his appearance, but never thought much of it as a profession. His father wanted him to become a doctor much like his older brother, but it never felt right. After meeting his late wife Nancy, whom of which was also a seamstress, he decided to go into the profession and never looked back. They built upon her family's dying small business and with Albert's money and her family shop, they quickly grew in popularity. After his wife's passing, he was determined to keep up with the business because that is what she would have wanted. Some days its a struggle to keep it going, but the thought of disappointing Nancy again pushes him.

Albert grew up in a Christian home and has always been fascinated in the occult. Although this is the case, he doesn't believe in anything he can't see for himself, so he often questions his religion.

Albert's memento is an old love letter from John. John was a marvelous writer and Albert loved the thrill of receiving them. No one had known about the letters except them, and the secrecy of it all let them feel free to build an imaginary world with each other. The particular letter Albert holds onto is the last letter John sent. This letter reminds Albert of a better time when things were ideal. Albert hadn't broken things off with John yet and Nancy was still here. It was like he had it all. Reading John's romantic and witty verses never ceased to put a smile on Albert's face and bring him back to time where all was truly perfect.

Nancy always lives on in Albert's mind. She was so caring and humble yet let her presence be known every time she walked into a room, without saying a word. She had this silent beauty to her that was almost ethereal. She always believed in him and gave him the strength to pursue the life that he wanted. Thinking about how they started their shop from almost the ground up reminds Albert of Nancy's perseverance and determination. She constantly inspired him to do his best and sometimes the thought of her evokes this almost spiritual like strength within him to keep going and to stay grounded.

He possesses a camera and a pet dog Charlie. He like photographing his work and having Charlie around makes for less lonely nights. Charlie protects Albert as he is frail but doesn't want to admit to it. As for the camera, this may come in handy later on depending on what he encounters.

Albert and Adolph have a very friendly relationship. They are both business owners and love to give each other moustache grooming tips! They can always count on each other for a hand around the shop or just in general.

Maude and Nancy were very good friends, therefore Albert and Maude were friendly with each other. After Nancy's passing, Maude and Albert became good friends and found out they had a lot in common. They always share a good laugh and eat dinner together every Tuesday night.

Albert was here first! It was fine when Mathilda was just running a hat store, but now woman's dresses too.. that's just crossing a line. Albert is cordial with Mathilda, but has a secret hate for her. Everyone feels sorry for her. Must be a lot of work to run a business on your own. Yes, it is! Albert would know! Oh well, as long as she stays out of Albert's way, there won't be any issues. 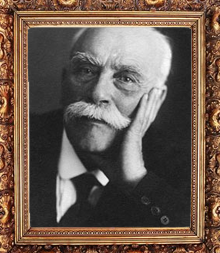 OTHER Resources: Wealthy
Memento: Old Love Letter
Advantage: Remembrance of my deceased wife helps ground me and give me strength in hard times