No one can ignore this amount of power, just waiting to be tamed. This war will only stop when one side is eradicated, and no matter which one wins, things will never be the same again.
— A human traveler on Menicea

Humanity is spread all over the seas. They are people of conquest, greed, and cunning. Their colonies are scattered throughout countless islands and grew to be kingdoms and republics over the centuries. But many people think that humans come from Aiqura and Cezica: two halves of a continent separated by many islands on a thin sea.   There, a war has been raging for two centuries, between the Ivering Empire and the Seaglow Coalition.

The Ivering Empire is the oldest country among humans'. It survived the test of time from its very birth and grew to completely own Cezica. Unlike its neighbors, the emperor is chosen among its people. The imperial council chooses a candidate based on their education, popularity, and intelligence, whether they are from the current emperor's lineage or not. This led Ivering to have many kinds of rulers, from tyrants to benefactors.   Cezica's unification was 600 years ago. From then on, the empire's integration and cultural policies ensured its stability and kept revolts away for as far as History remembers. In fact, some of the old kingdoms willingly joined the empire; they kept high autonomy for generations while being protected from attacks of Aiqura's nations. This, added to the vast number of benefits that the realm brings in other domains such as economy, technology, and influence made people forget their past origins and call themselves Iverians. Only the old buildings and the various languages spoken within the empire remind of the past.

The Coalition came up when joining forces against the empire was no longer an option but a necessity. Once the scene of many inner conflicts and conquests, the southern continent now fights under the same banner. The alliance is made of four kingdoms and a merchant republic, all located on the vast Aiqura.   Each member of the coalition contributes to the war effort in its own way. The eastern Ronodia kingdom brings its elite slave soldiers and holds the front with the help of the Maqenid's warships. Farandis and Viridor, two small realms, also provide soldiers and food while the Yemid republic economically supports the coalition.   The republic was the one who discovered Menicea during the last century. Vrans Gardis was, in fact, a notable member of their bourgeoisie and is now remembered for weaving the best commercial partnership the republic ever had: the one they share with gerouns. Meniceans almost exclusively trade with the coalition, as they like to stay loyal to their first friends in the world.

What broke the old Humans routine of alliances and mild conquests 200 years ago is the apparition of a massive source of power on one of the Yemid Republic's islands: Seaglow. An unprecedented beacon of magic, taking the form of an enormous, pentagonal black crystal.   Approximative measurements state its height at 300 meters. What made it so envied by all the nearby states is not only the magical force it holds but also the very nature of the magic inside. Mortal mages are confined to the domain of creation when it comes to arcane. They can create, slightly influence or modify anything material, but anything beyond that is purely impossible.   Mastering and channeling the crystal's power should make any mage able to access layers of magic and existence they could not even comprehend before. When the information got out and spread throughout the Humans land, war shortly followed. 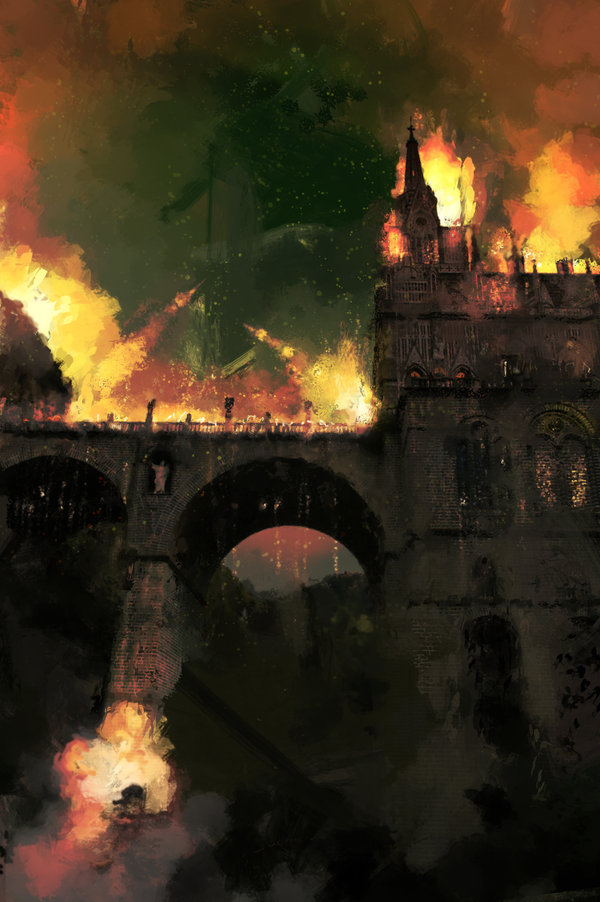 In the year 11 of the Menicean calendar, the Black Crystal appeared on Seaglow. After its mages studied its structure and discovered the power inside, the Yemid republic managed to keep it a secret for a short time. Just like all nations do, the republic had ambassadors and spies within its borders, and the news of such an important discovery just could not stay quiet.   At first, the republic leaders thought of an invasion from their immediate neighbors, but the Ivering empire was faster. They raided the Seaglow island and tried to take its control, but it took them enough time so that Yemid could call for help. Before the immediate menace, the four kingdoms of Aiqura did not have many options. They grouped up under a temporary banner to push back the Empire but failed to completely retake the island. They managed to establish a strong base on their side, and the empire did so.   The rest of the island quickly became a dangerous no man's land, that would only be populated by soldiers during the many skirmishes held there.
From there, the war was set to last a long time. Both the coalition and the empire lacked a decisive weight to tip the balance in their side, and any mistake could be lethal to the whole nation.   As the war went on, truces and seemingly peaceful times got more frequent than actual fights. Still, every person on Cezica and Aiqura knows that at any moment the other side may push through their defenses and unquestionably win the combat.

The rest of our kind call us the sleepless ones because we simply can't live in tranquility. I wish we just all agreed to not come close to that damn crystal and be over with it.
— A Human merchant from Maqenid 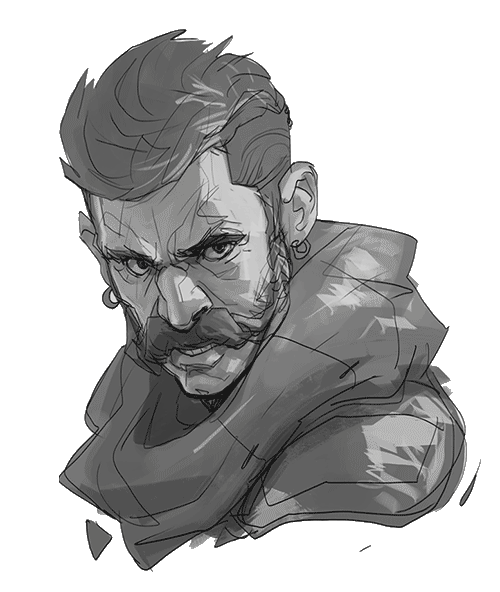 by Hicham Habchi
Gardis was sent by the Yemid republic to seek new lands to colonize. He instead came back with dozens of commercial offers after he discovered Menicea.   The human is still well remembered in the Geroun lands where he made many friends and worked for years.
[OLD] Gérouns
Races
Morknars OLD