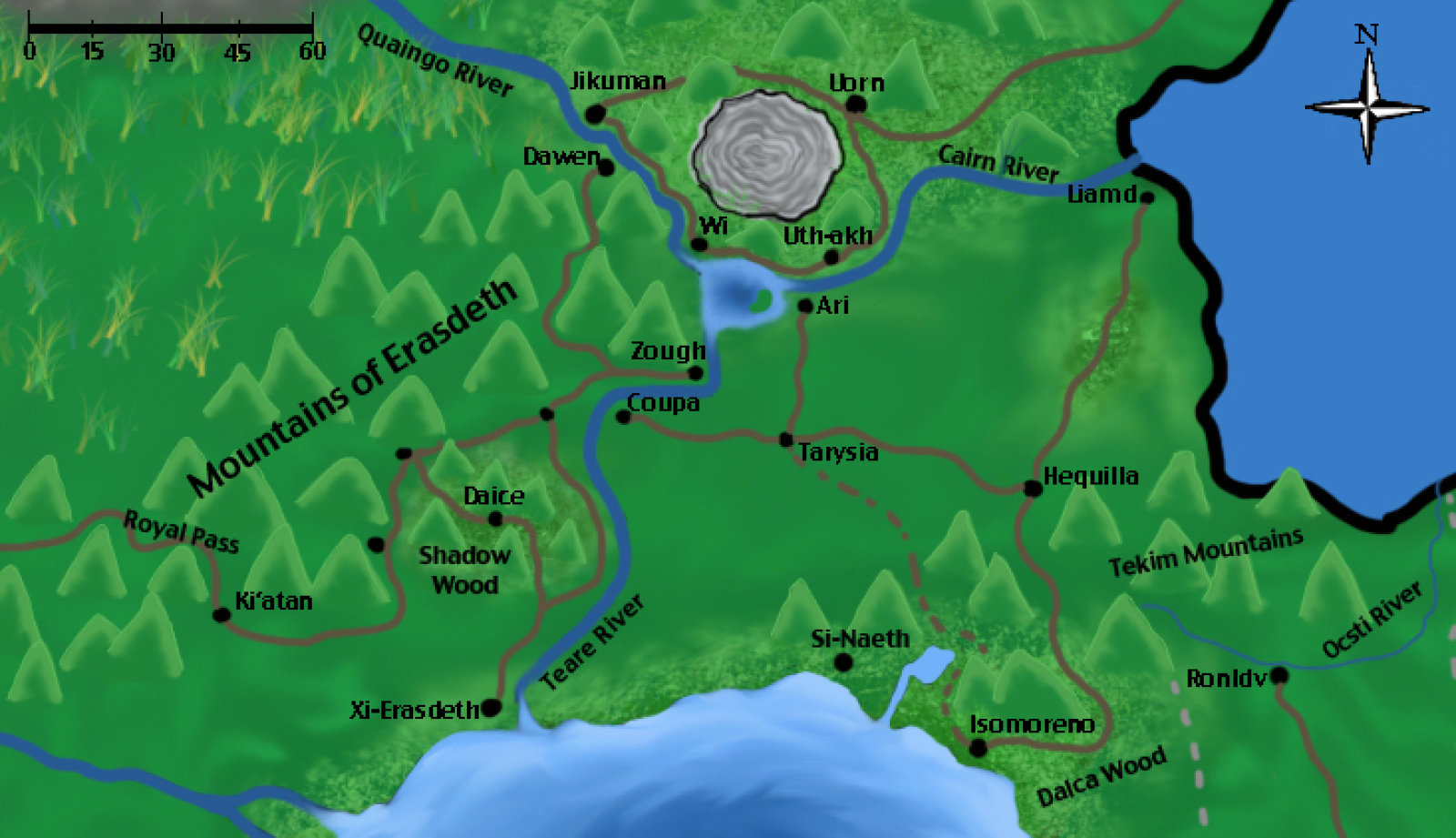 nyssasarah
Madera is comprised of 12 kingdoms - eight on the main land and four island nations. The main lands are Isoinu, Kiconalo, Sorien, Um'Dare, Nanilula, Sam-Alehin, Honinad, and Zixyeco. The island nations are Iryne, Kyth, Throtas, and the small island of Sam'Ban'Einn. The continent is very large and encompasses 300,000 square miles (give or take a few). Madera has a history that spans well over 5,000 years. Great cities have been built and lost in that time and power has been earned and taken from great leaders and evil tyrants. Madera is rife magic of many kinds and mysteries of old that are just waiting to be discovered.   The world changed roughly 400 years ago with the creation of the Lake of the Tres Warriors. Stories say that three great warriors battled a large dragon and although they defeated the dragon, they also lost their lives. The impact of the dragon and the warriors created the lake, which lies in the north west area of Um'Dare, just below the Mountains of Erasdeth. The Lake of the Tres Warriors is fed fresh water from the north via the Quarnti River and salt water for the east via the Cairn River. Southwardly, water flows through the Teare River into the much larger Iath Sea. Rumor has it that the Iath Sea used to be a much smaller grouping of six lakes, but the creation of the Lake of the Tres Warriors caused the water levels to rise and overtook the lakes. This is all speculation however.
Tweet

Unlocking the secrets of Madera