The building blocks of matter

The elements are a form of Magic, to be precise the Derivative Order of the Bodily Form. They are the building blocks of all physical things and exist as small atomic units. These atoms or particles may attach themselves in different ways to each other ('molecules') and make up various matter that way. 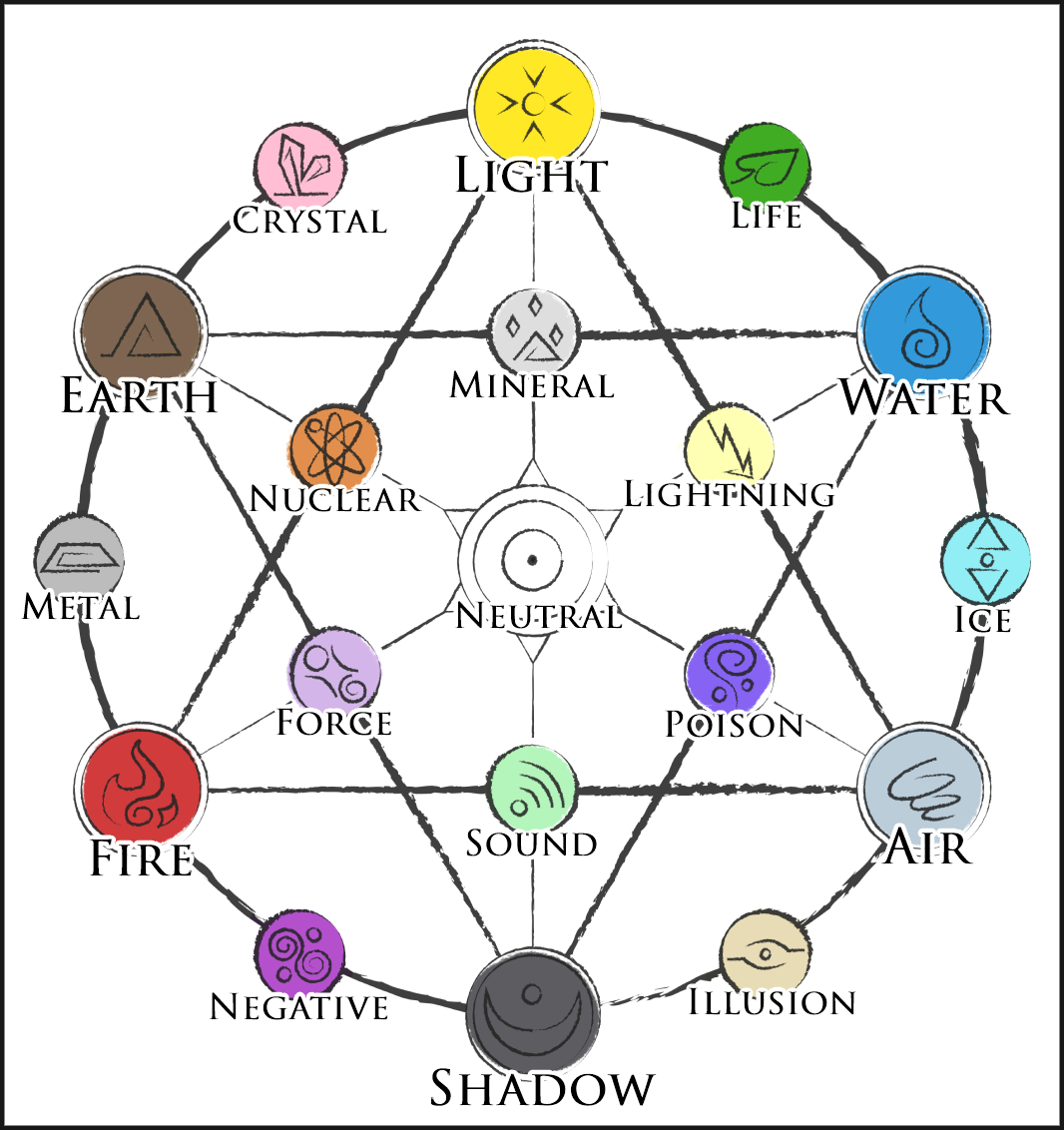 If two 1-Elements clash, they merge into a 2-Element, which will then replace the initial Elements. The following example shall clarify what this means for chemical processes: 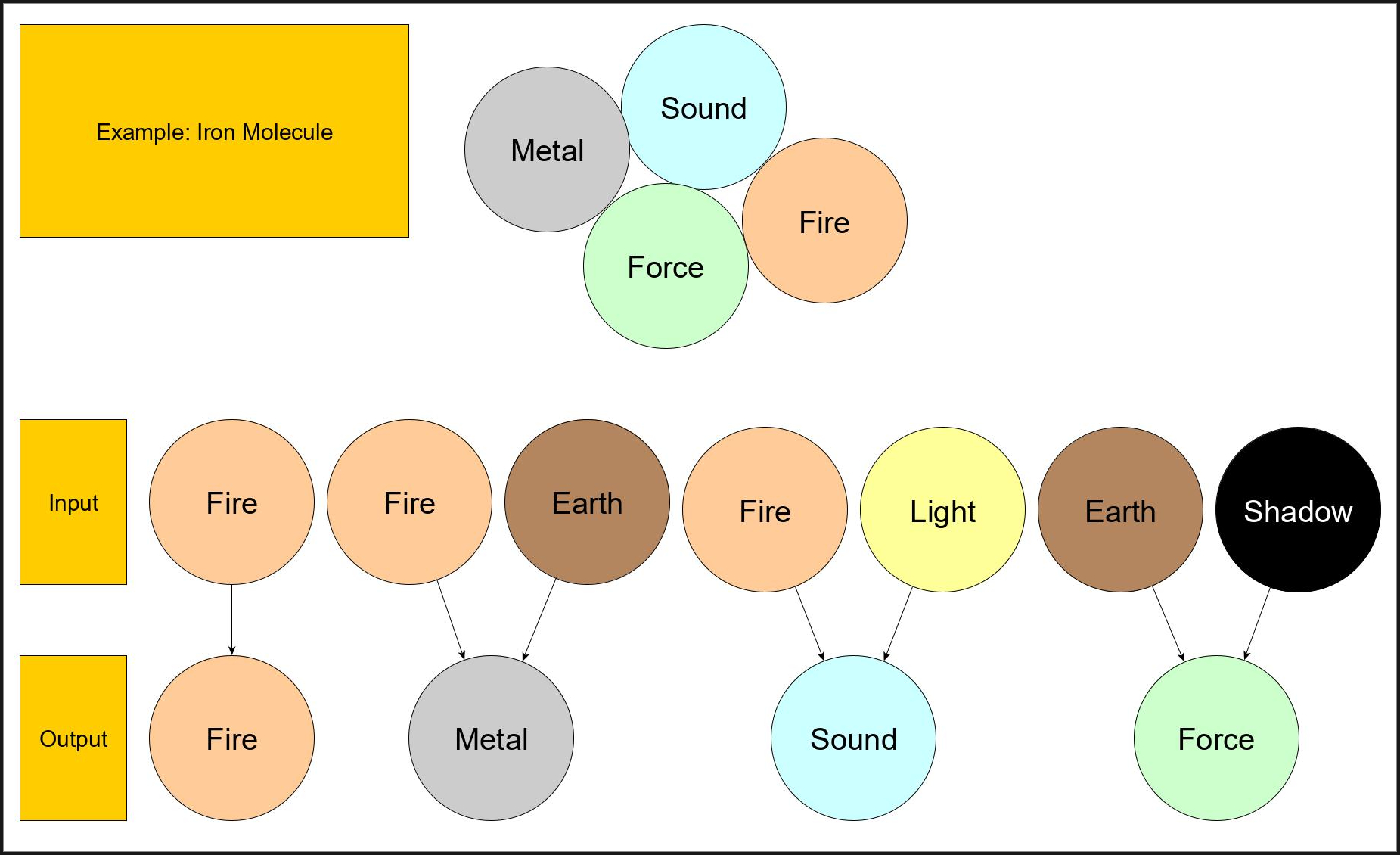 The force or energy keeping matter together is Magic itself, which has different effects depending on the Elements involved. The Elements themselves all have their own properties which promote or impede such a connection.   1-Elements:   2-Elements:

To give a better understanding on what to expect from certain elements, and how they are differentiated, some more information here:

As Mysticism describes, a lot of creatures are able to control these Elements with their power of will. However, there are some limitations. Which Elements can be controlled to what degree depends on the Mystic Potential of the respective being
At first glance:
All physical materials and substances are made out of the 19 Elements. They bind together to molecule like compounds where some of them even merge together. This way the different substances with different properties develop.