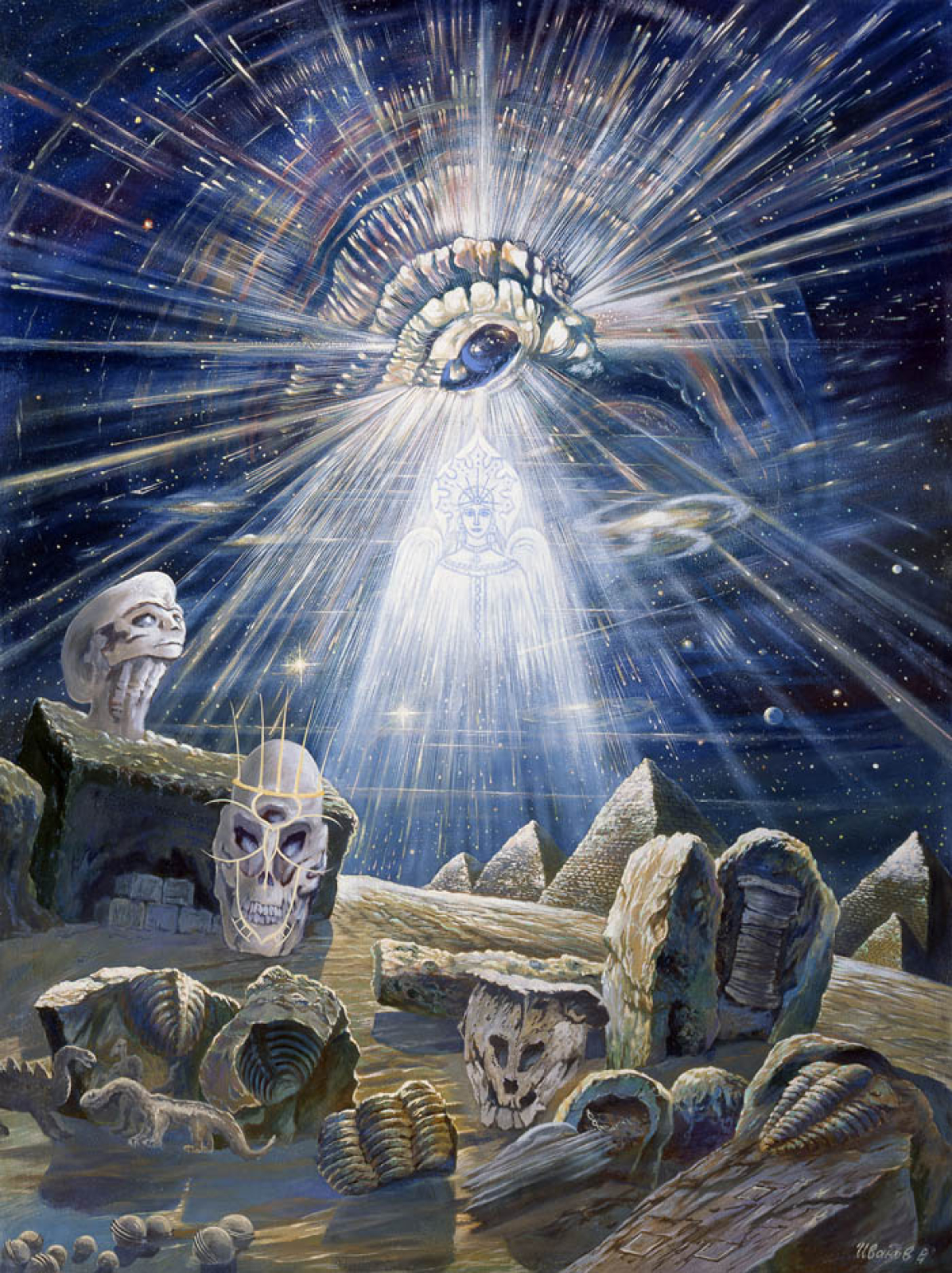 The Alatyr Stone (also known as the White-Hot Stone) is arguably the oldest artifact in the Lukomorye Setting. According to legend, it is the first piece of matter to come into existence. Possibly, it was the anvil upon which Svarog, the Divine Smith, fashioned the universe.   After the stone was smashed by Perun's lightning bolt, its shards scattered throughout the world. The largest was supposed to have landed in the Garden of irii, where the World Tree grew up around it. Other shards landed elsewhere, and became foundation stones for other Realms.   Each shard embodies the essence of an entire Realm. According to another legend, Sviatogor, the mightiest of all volot bogatyrs, failed to lift one of these shards, which weighed as much as the whole world. Mikula Selianinovich, the first of the human bogatyrs, succeeded in doing so, and then had the shard buried in the earth at Nor's first capital, Dubno, to make it fecund, and to make people dedicate their lives to working it to produce crops.   Most of the shards remain lost. Some people, and even the old gods, search for them, in order to reassemble the Stone in order to unify all Realms under their rule. There are suspicions that Svarog himself does not want all the shards found, as he works away on them to continue the process of creation. Others say that many shards are hidden away in myriad Realms by one of the other deities - possibly Mokosh - until a suitable hero comes along to join the the shards together.   Chonkorchuk, Plamen, and Rodion Raskol'nokov first heard the legends of the Stone from the smith and letun Zhitko, who had apparently dedicated his life to looking for them. Zhitko recruited these three because they possessed magical powers and had access to a portal leading to the Otherworld. Subsequently, they found their way through the portal, and Chonkorchuk inquired his mistress Baba Yaga about information leading to the stone. The crone told him that there were gods seeking to put the stone back together in preparation for their return to the Visible World. She claimed that she did not know where the stone was, but that her older sister (also Baba Yaga) may have that knowledge. However, the Waystone they found in the Otherworld seemed to have some sort of relationship to the Alatyr, and may have been a shard.