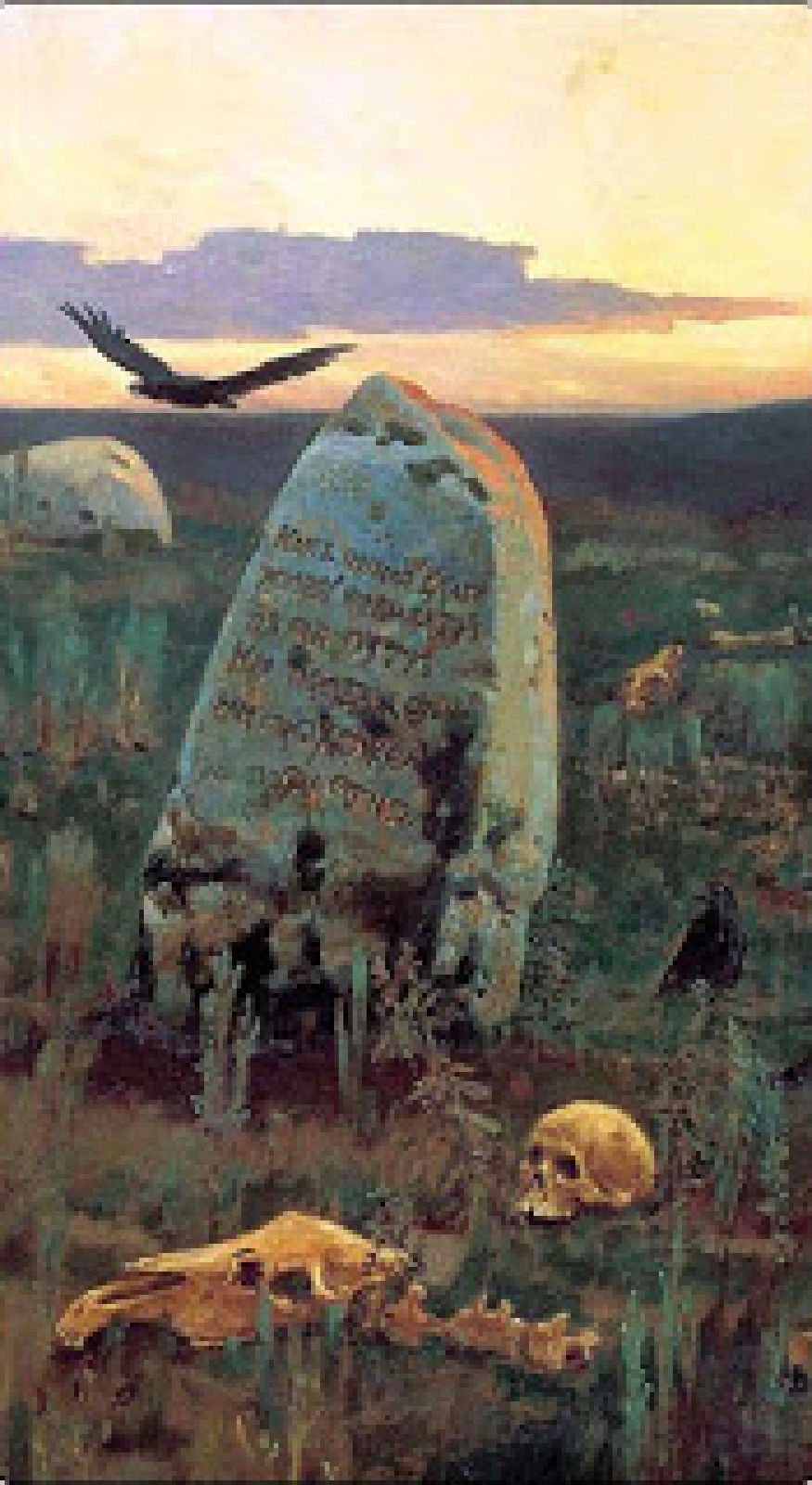 This doomstone was found at the bottom of the outcropping upon which a heathen temple stood in the Otherworld. A raven set upon the doomstone, pecking at it.   The writing was in the old Volkhv script, which was read by Plamen. It proclaimed that those who go left will win a wife, those who go right will win a steed, while those who go straight will lose their life. The group ended up going left. It is not clear whether the doomstone has any sort of power, as none of the companions present at that time have found a spouse.
Dimensions
A roughly 10' by 5' boulder