Winterwisp
Back to World Homepage 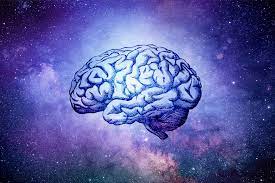 Leylan was inspired by the idea of a Boltzmann brain, which is the theoretical concept that the matter floating in free space, even with a high degree of entropy, can suddenly coalesce into the perfectly functional form of a brain, by pure, statistical chance. It is very unlikely, but theoretically it is possible. This is also the idea -- I presume -- that spawned Ego from the marvel universe.

So even though the rate of entropy in a universe like ours should constantly rise - overall - occasional spikes of localized order are possible.

The concepts of entropy and order are foundational to Leylan. The 2nd law of thermodynamics states the energy in a closed system will regress toward higher entropy as time passes - I'm paraphrasing, but that's essentially it. Entropy is essentially a measure of how 'special' the state of matter is, which is also shown in the picture. The more 'special' a state of matter is, the lower the entropy, while the reverse is a sign of high entropy. The universe as a whole is a closed system, and -as a whole- entropy is constantly increasing, from an incredible 'special' state of order in the Big Bang, to the very likely heat death in the far future, where even black holes have evaporated and decayed into a diffuse, massively - and continously - expanded spacetime.   The 'special' states of order are, in our current understanding, doomed to the slow whittle of entropy, which we see reflected in many aspects of out own lives. Things decay, time passes and a knowledge gets lost or twisted into a degenerate shapes. We die because the machine of our body can no longer sustain itself due to the wear and tear it has weathered down to a molecular scale.   The constant struggle between these two 'forces' (They are not actual forces, like electromagnetism or the weak and strong neuclear forces, but an emergent feature of uncertainty and statistical chance) is what drives the underlying struggle on Leylan.

Leylan as a manifestation of order

The basic premise of Leylan, as mentioned above, is that it is an extremely unlikely, but theoretically possible state of extreme 'specialness'. While the chance is infinitessimally small, it is not impossible, and therefore - in an endlessly expanding universe, and with multiverse theory to boot - it is a near inevitability that all that can exist will exist. What I have added to this idea, because this is fantasy, and I can bend the rules slightly, is that as such an unlikely and special being, I believe Leylan would possess certain powers of order; powers which allows it to sustain its extreme specialness and shield it from the encroaching chaos -- for a time. Because ultimately, entropy will win the battle between order and chaos, but Leylan will struggle mightily with all of its power. 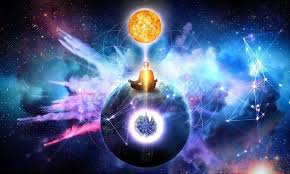 From Aether to Ether

The idea of Aether is an old scientific theory, which held that there was a substance everywhere around us with the properties that gave us gravity and the speed of light. The idea also has some religious roots, I believe, and is from this old concept that the idea of Ether comes.   On Leylan, Ether is basically a biproduct of Leylan's 'biology', so to speak, and is a less potent variant of 'Ley', which is essentially Leylan's blood. Ether is dispersed around Leylan in a spherical atmosphere, which protects Leylan from the chaos of the void, as well as provide livable conditions for life. It acts much like a malleable substance, which is very susceptible to ideas and intention - especially Leylan's. This means that everyone must be very careful what they think and speak about while on Leylan, because it will twist the ether around them, forming crevasces in which ether will concentrate, until it gives life and form to the idea or intention.

As mentioned, Ether is a malleable substance, and acts both like water and a riverbed: let me explain. Ether is pumped out from Leylan through the many nodes of contact that keeps Leylan able to interact with everything outside of its shell. From there it begins to act much like an atmosphere, in that it flows in certain patterns.

What moves the Ether, however, is not temperature, but rather the intentions and ideas of those living in it, meaning it concentrates around areas with higher population density, or around those who possess grand ideas or have strong intentions. The intentions then further reinforces that pattern, and the cycle continues. This is how the etherscape takes shape, initially. As time goes on, though, intentions and ideas take on a life of their own, as they 'carve' into the pattern of ether and form smaller patterns, like a river. 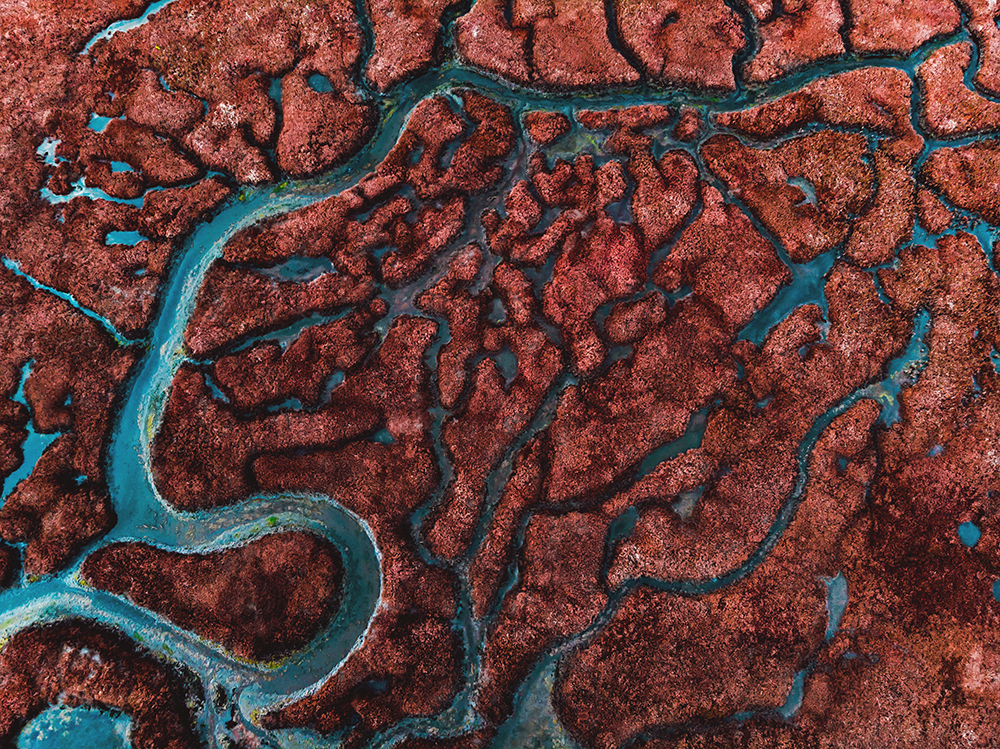 Rather than carving into a surface, like a river does, these smaller rivers are carved into the larger pattern, changing it over time. As time goes by, and the idea or intention is repeated, the depth and breadth of the smaller pattern in grown, which allows it to hold more ether. This makes language and symbols incerdibly powerful on Leylan, especially old ones, as they are ideas which has been repeated and developed over long time. Because of how Leylan rejects change, languages change only ever so slightly, thus allowing for words to attain vast potentials, for those who know how to use it.

The Nether and the Taint 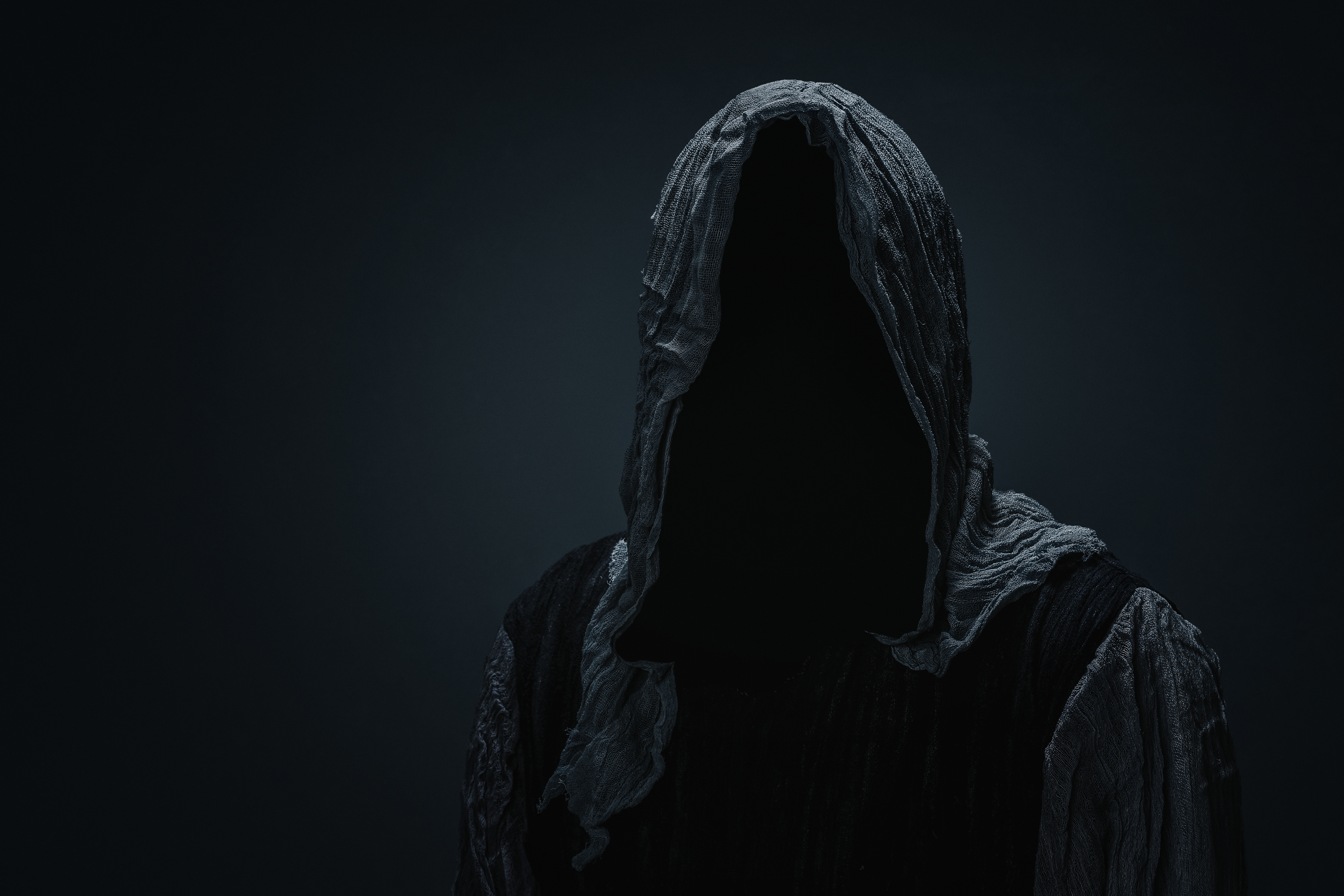 If Ether is the power of Order, the nether is the power of Chaos. In essence, it is a perversion of ether, which holds the power to manifest ideas, applied to the very idea of chaos and disorder. In this manner, ether becomes its own worse enemy, as the idea takes hold and spreads like a disease. Originally, the nether was first observed when the elder races arrived and some occasionally died. Though rare, it was enough to alarm the Ordos, and they began to invest their power into the elder races, allowing them near immortality.   When humans crasched upon Leylan, however, the disease went out of control. With short lifespans, and ancient mythos about death and darkness, humans were like a shot of alien bacteria with no natural predators in a delicate eco system, inflicting a devastating wound upon Leylan that almost killed it. In the wake of the disaster, the immediate response from the Ordos and the elders was to attack the disease head on, which led to the Ravager Wars. With their advanced technology and long background in battle, humans repelled the powerful forces that were sent against them, but this also meant the Taint they had introduced to Leylan grew beyond their own power to control.   Abandoning their settlements and machines, and signing accords with the Ordos and elders, humans were instead incorporated into Leylan's balance, but the taint still remained.   The Nether is strengthened through anything that breaks down order, meaning aging, death, societal change (for better or worse), and is heavily regulated and controlled in human societies. The entire system of the Fates is built around the idea of controlling the nether and guiding into a flow, which is then slowly cleansed and returned to its pure, ethereal form.   Like in a battle between fire and water, it is the concentration of ether or nether which determines the victor between them. If the ether is of higher concentration, it can cleanse nether, while in reverse, nether will infect ether.   Thus, in a battle between nethermancers and ethermancers, the terrain becomes extremely important. Outside of specific areas, though, the nethermancer will almost always be at a disadvantage. Thus, certain tricks will be deployed

Due to the nature of ether and nether being affected by intention and will, the study of semiotics is incredibly important. For ethermancers, this is mostly employed through oration, where the use of the voice activates the concentrations of ether around them. Because ether is so readily available, ethermancers favor this method, since it also make their casting quicker. 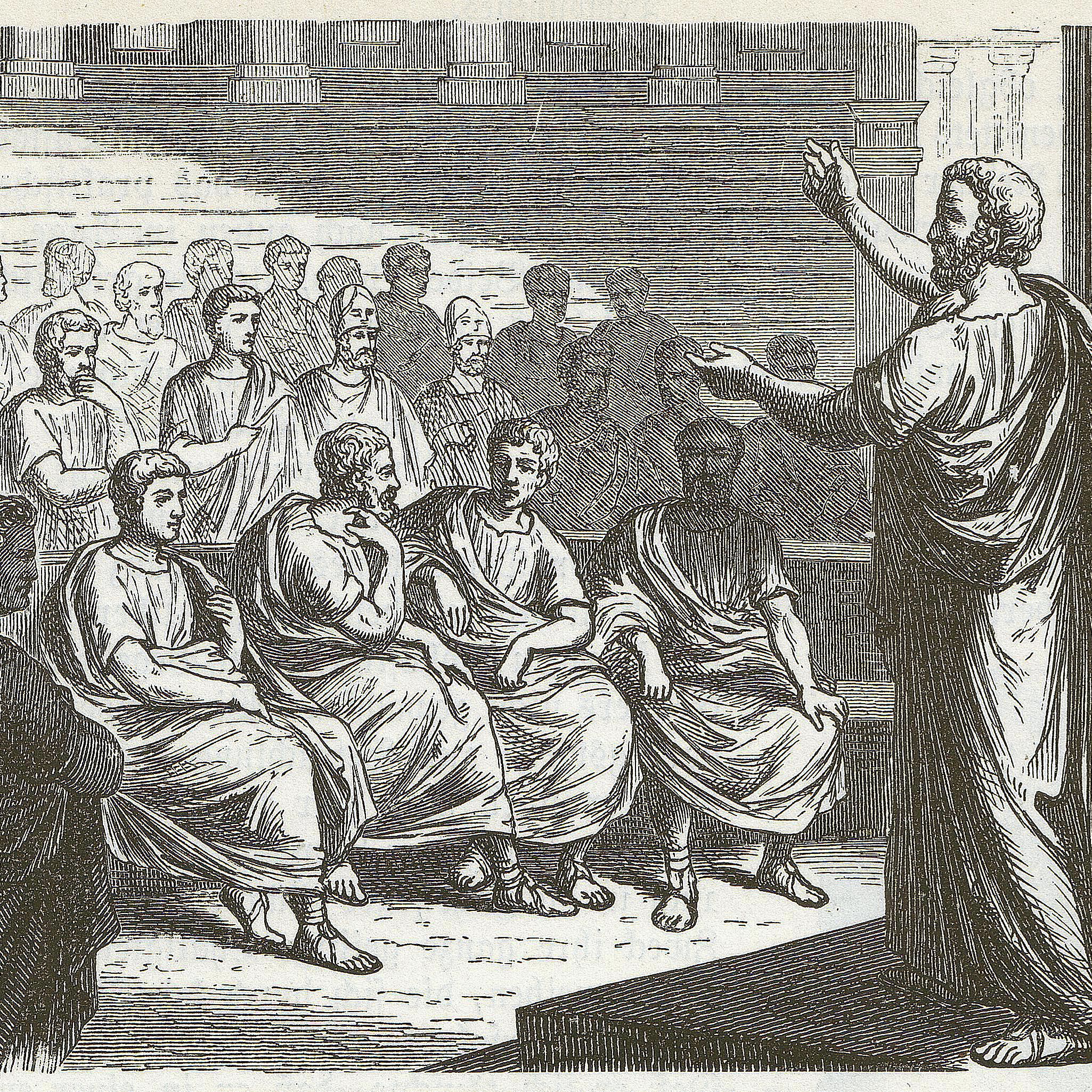 Nethermancers, on the other hand, cannot access nether as readily as the ethermancer can, and thus most nethermancers rely on items imbued with symbols, like the 13th order's tarot, the 16th order's tomes, or the 15th's masks. Activating the items symbols both limits the nethermancer's abilities, and lengthens the casting time, as nethermancers must link their will with the symbol and call upon the nether stored within. On the other hand, the use of such totemic power makes for extremely powerful spells. 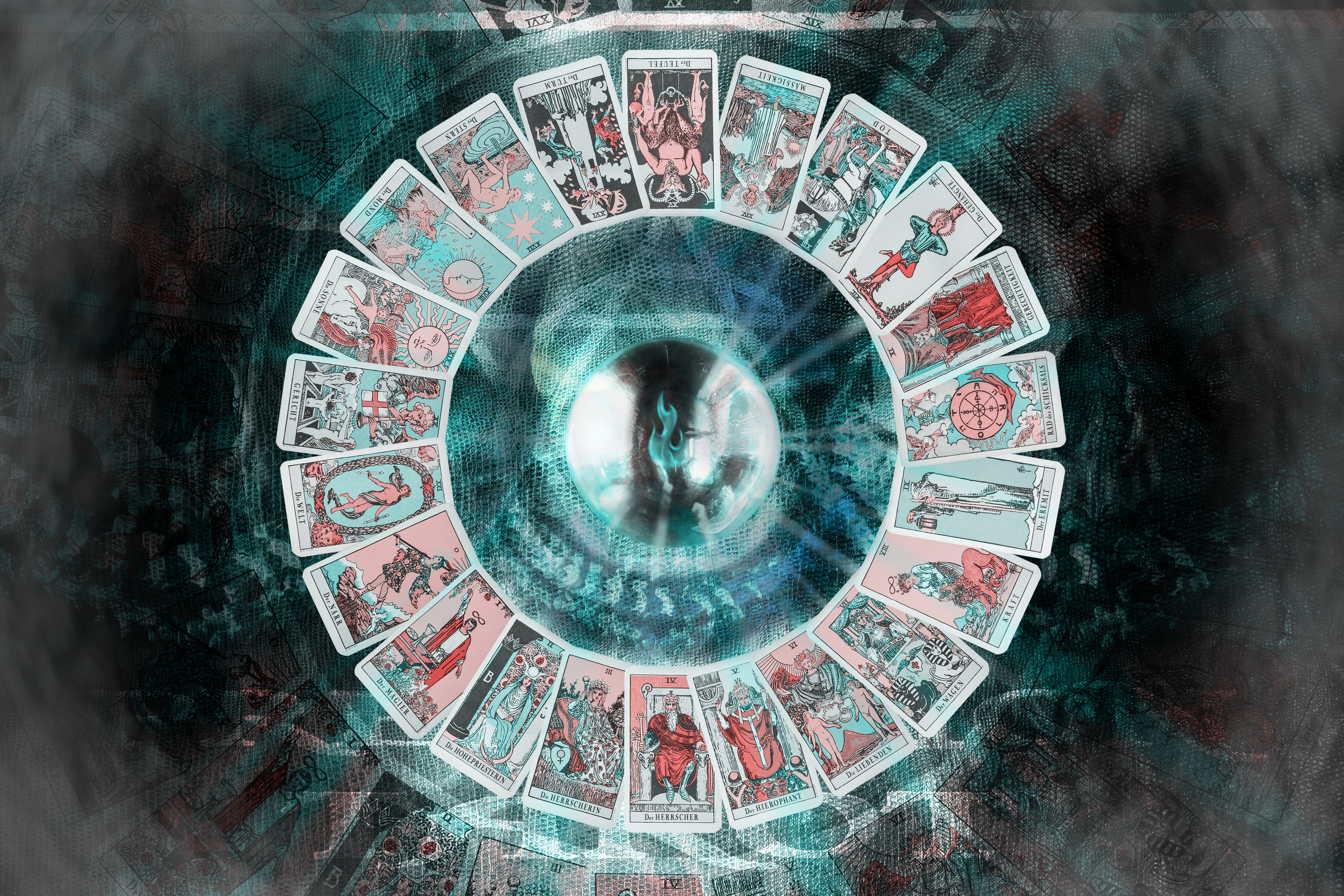 The Tarot and the Fates

The Tarot is the inspiration for the 21 Fates, who are humans who have undergone the process of apotheosis and achieved godhood, through the accord with the Ordos. The system of the Tarot was chosen as underlying structure, because of the power of its system of symbols, which encoded much about reality into images.   There are 21 Fates, one for each of the major arcana in the classical Waite-Rider tarot except for one (21 fates, 22 major arcana). The Fates operate as shepherds for the human civilization, at least that was the intention. Originally, humans were meant to travel along the path of the Fates, starting with the first Fate - Fate of the Magician - and ending with the last - Fate of the World. Once the journey was complete, the traveller would be reborn, thus avoiding the issues that the long life on Leylan presented.   If maintained, the system of the Fates would be able to keep the flow of nether under control, and slowly cleanse it over time. To do this, the Flynn - Fate of Death - would ferry the souls of dead humans out into the void, so that they would not infect the soil of Leylan. To do this, the Flynn had to die and be reborn, over and over again. The problem was, among many others, that every time the Flynn returned, he grew in strength with each iteration.   This made the Fates uncomfortable, and along with disagreements and personal feuds, the system broke down, along with the second republic. As the united nation broke apart into the three major nations, the Fates each chose the place that suited them the best, dissolving the old system. The only order that did not retreat to a single local was the 13th order of Ferrymen - devoted to the Fate of Death. Since death was everywhere, they had to prepare the dead for the Flynn.   This made the 13th Order the most influential and powerful among the orders. Coupled with the fear from the other orders, their own growing arrogance, and the Fates sensing the balance shifting, this led to the Fatebreaker War, in the wake of which the Codex Laws were established, and the orders were clearly divided up between the Whiteclad, the Blackclad, and the Greyscale.