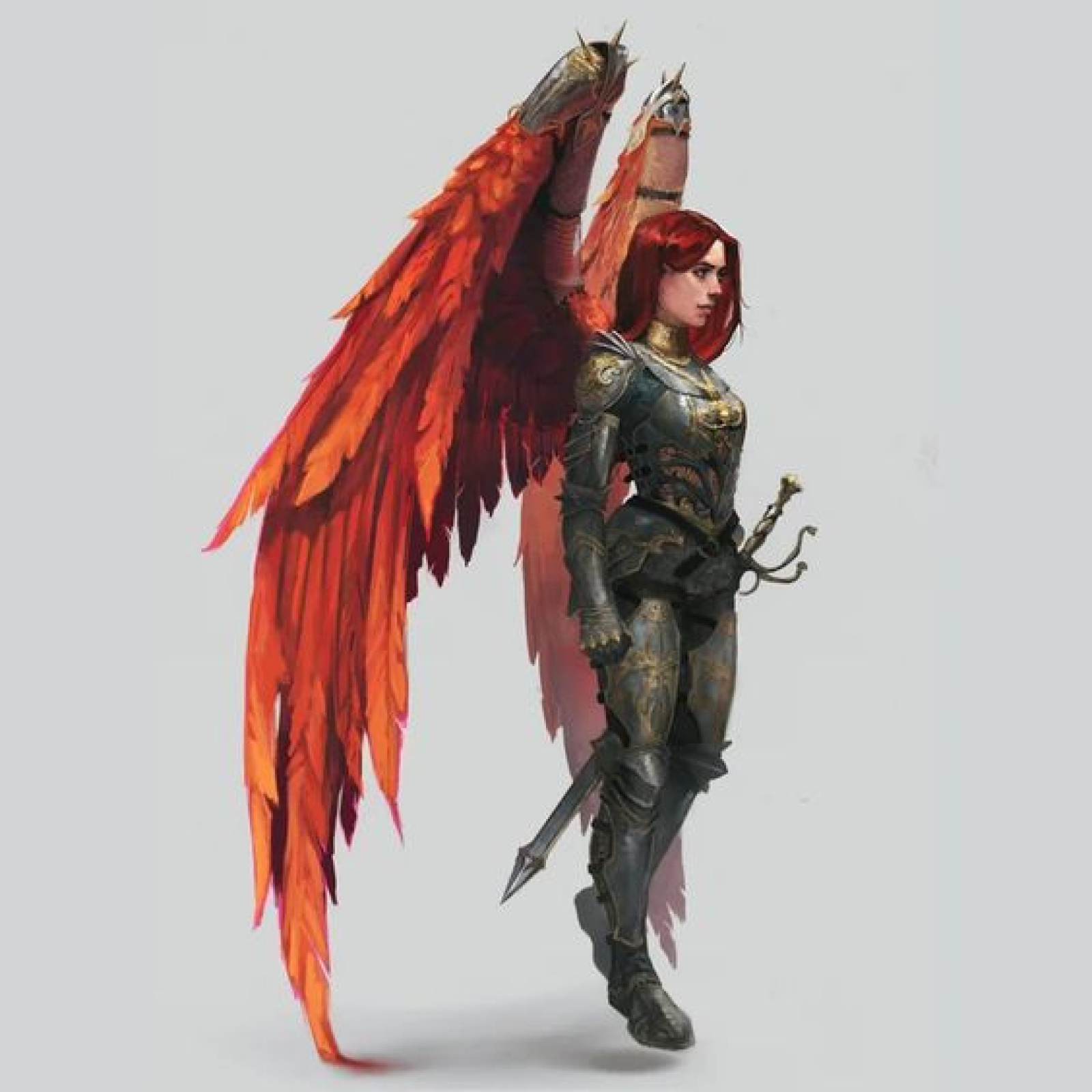 The Yslanians are a blessed people, famous for their courage and wisdom. This is registered in the histories of the Third Era of the Third Eon as small groups of humans discovered the forgotten phoenix goddess Feratir and took upon them the quest save her. In the process they revealed the Lost Floating Islands of Yslana, vestiges of the Continent of the Loda and Feratir granted all of her rescuers wings, knowledge and the means to live on such ancient perilous grounds. It’s said that the greatest or more experienced of them learn to channel their Phoenix blessing and transform into huge eagles and that they then learn how to unlock eternal life for them. The momentum of those successes and the heroic nature of the founders of the Vennyr kingdom in Yslana influenced heavily the creation of the paladin Order of the Phoenix shortly there after. The second best known holy order of the world, which contributed to the spread of those epic tales and reputation of Yslanians as courageous honored heroes. They look like humans with wings and exhibit much poise and grace. Their hairs can sport typical human colors, but more commonly are bright golden, green, red or duller tones of stone gray, blue, purple or orange. The wing are white, purple, orange, red or brown sometimes the longer feathers sports other colors in addition to the main wing color.
Profile Highlights:
(Humanoid, Yslanian)