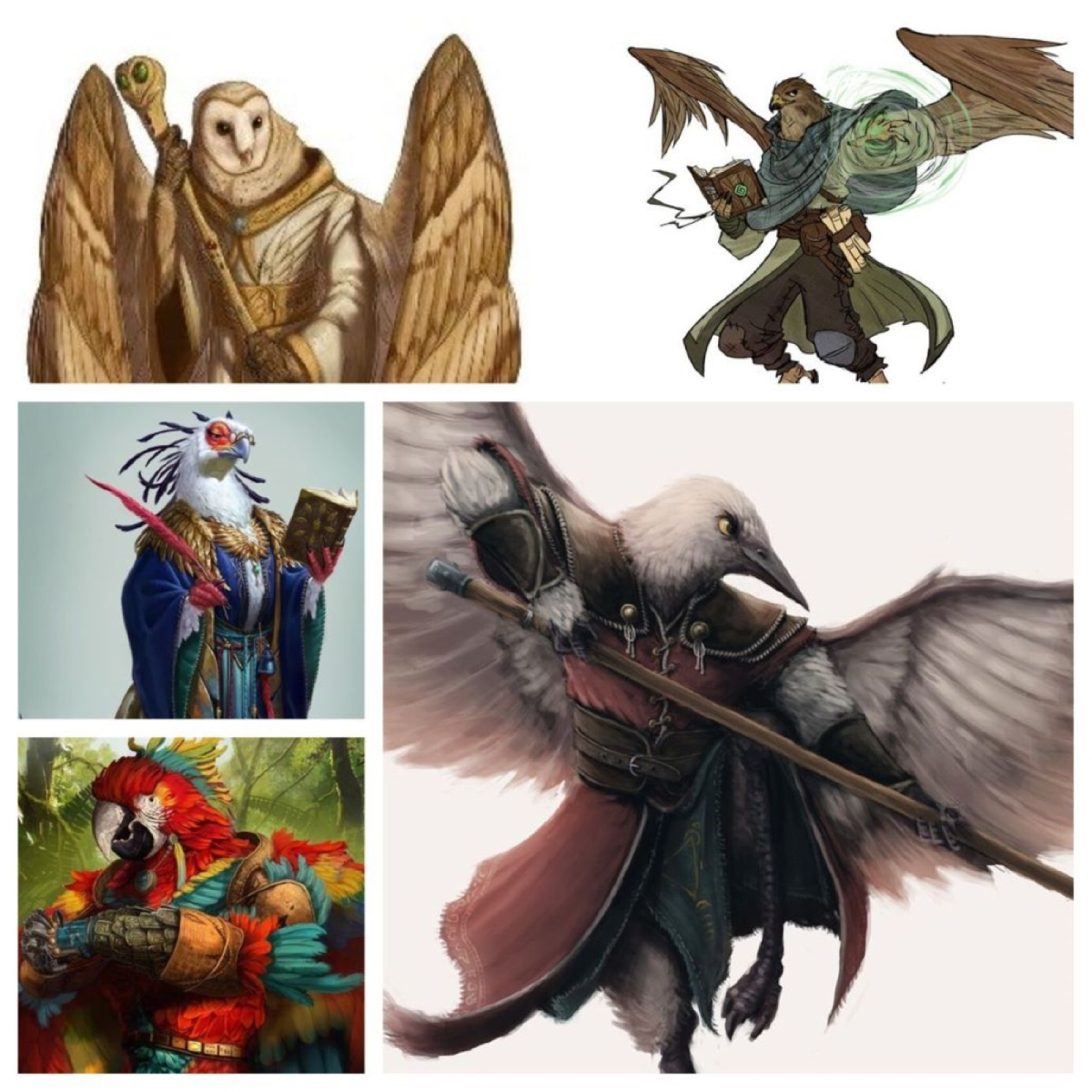 The aarakocrean outlook varies, specially on wing size and shape, including their plumage colors. But no diversity is greater in this folk as their head’s appearances, which also divides them somewhat into subgroups, even affecting their social organization. The most common head types being arara (parrot), eagle or owl like ones. But all of them have a humanoid body with two wings along with their bird shaped heads.
Aarakocras have a vast history and culture that is very much respected by scholars and sages alike, for it often provides a wealth of information stemming from tomes and scrolls collected thanks to their propensity to travel since Eons past. The race itself usually embraces such findings and goes to considerable lengths into preserving it, be it curating the originals and writing copies or forming groups that will carry oral tradition knowledge. All such efforts are centered on a type o institution called aaerum, where the findings are treasured and also guarded. All of this leads them to produce great messengers, researchers and a contingent of adventurers. Several of which become famous.