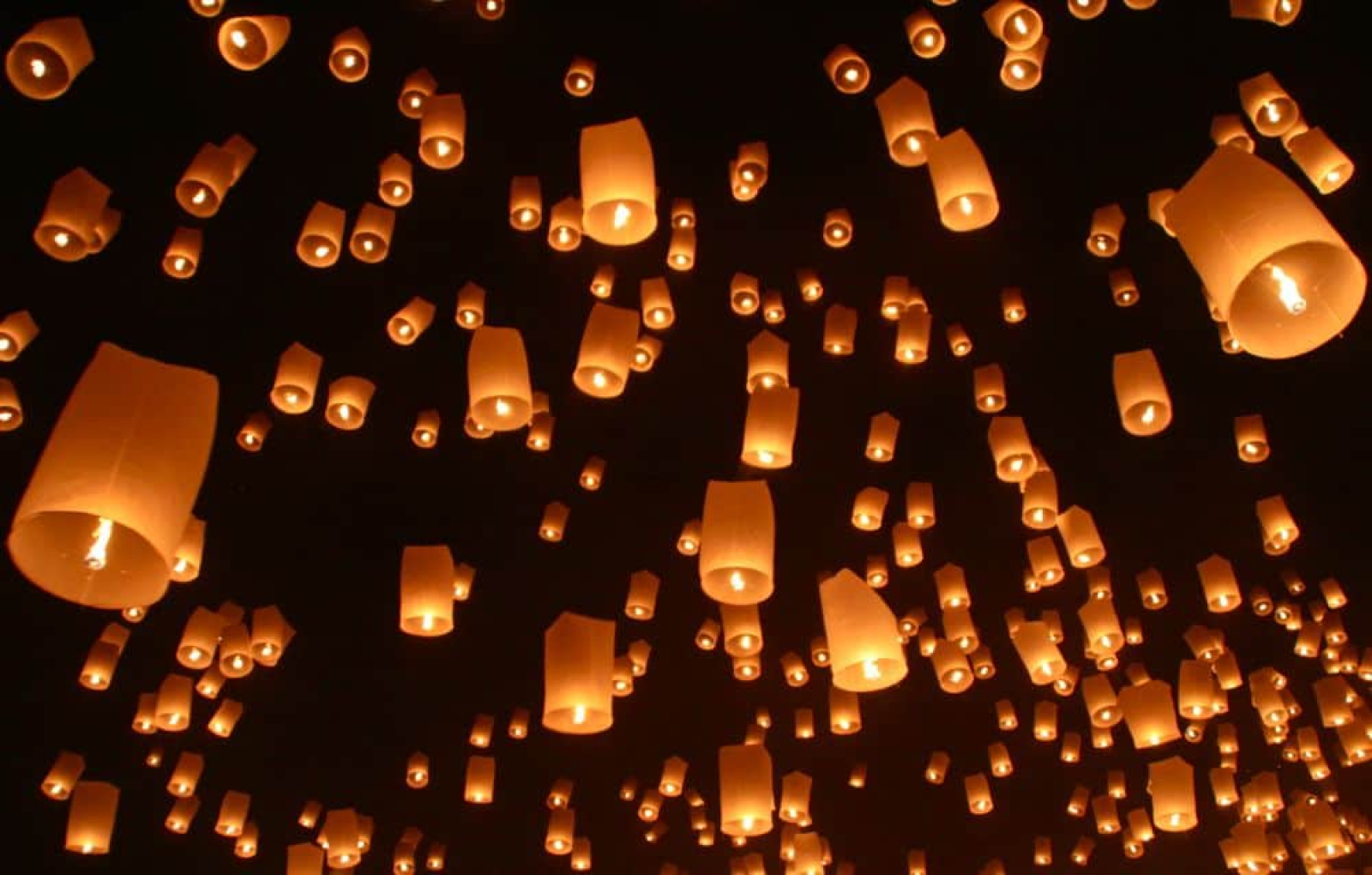 The Casting of the Mune

According to myth, during the First Age the goddess Clea invoked a great magic and cast Mt. Mune, a mighty volcano, into the sky to light up the night sky for travelers. During the Second Age, worshipers of Clea, and users of magic in particular, began to celebrate this massive feat of magic. By the start of the Third Age, the celebration had moved from purely religious to a more secular event, with fireworks and dances.

While there are some local customs during the day (see below), the start of the official holiday begins just after dusk. A priest or priestess of Clea will sing the middle stanzas of the Long Elegy, which chronicles the deeds of Clea in song. Once completed, the clergy or a mage appointed to the task will light the first sky lantern, a balloon made of white paper that lights up when the fuel is set alight inside, giving it lift. This signals the crowd to light their own sky lantern and cast it into the sky. Once the sky lanterns are away, music and dancing begin. In some locales, both music and dance can get fairly sensual, and as the night goes on, more licentious activities tend to occur. Wine and spirits flow freely and toasts are commonplace.   At moonrise, celebrants will set off fireworks to celebrate the coming of Clea's gift in the night sky.  Friendly competitions will often occur as to who has the more beautiful fireworks display.    In Aurulant, the premier school of magic, the Minaret of Mehnaz (vulgarly known as the Silent Tower), will select new students during the day, and celebrate the selection of these students with a feast and dance at night.   In the city of Lys, celebrations include flashy displays of magic by arcane practitioners and a contest of magic by the advanced students of Mautsmiths Academy of the Arcane that takes place during the day, with the winners feted at a feast that night.

The Casting of the Mune is celebrated on the 10th of Windenrane, which is a Windsday.
Important Locations